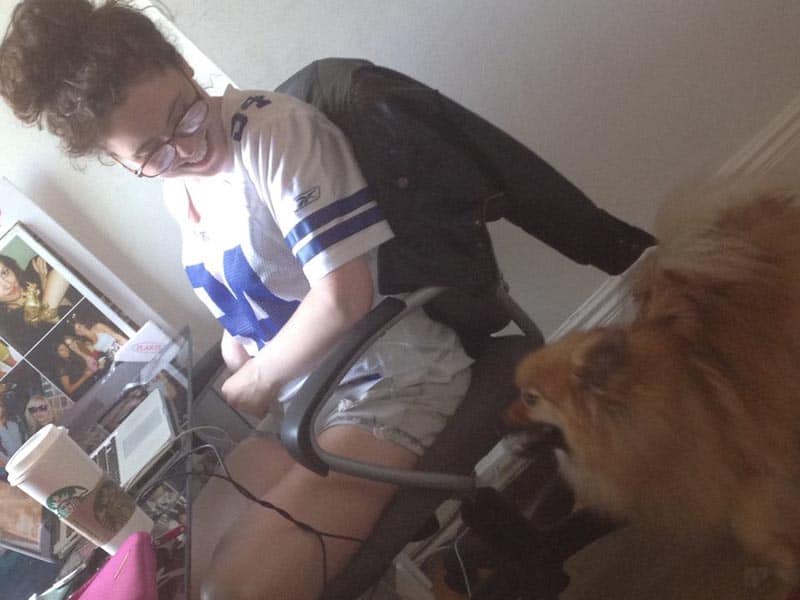 Life of an intern: Week 2

One of my favorite parts of this past week was when I got to write a piece for Shedoesthecity Teen. I wrote about common sexual misconceptions—you know, things you’re unsure about when you’re a teenager but are too embarrassed or shy to ask. I think one of the reasons I enjoyed writing that piece so much is because it was about things I really feel people should know. It’s inspiring to be able to write about topics you believe in.

I also wrote about a rather intriguing event at the AGO as well as free President’s Choice food samples. Yum.

A lot of stuff gets sent to the Shedoesthecity office every day, and I’ve had the opportunity to try out some of it. Last week we were sent a new flavour of vodka from Absolut, so for my birthday I tested out Cherrykran: a mixture of cherries, cranberries, and plums. And man, it was tasty! I poured it over some ice with a little ginger ale, and it was a hit! Everyone—both men and women—said it would be a great new summer cocktail. I recommend trying it out.

I’d have to say the coolest part of the week was when I told Jen about a particular book I was interested in. We ended up talking to the publishing company and now the book is on its way to my place for me to check out. This is my first experience with something like that, and it’s pretty wicked.

And once Jen found out about my love of reading, she actually sent me a list of newly released books she has access to. I scrolled through the list and told her which ones sparked my interest—so you can expect some book posts from me in the future!

Oh, and one of the best perks of this internship is my new furry friend Rocky. He likes to keep us alert when we’re writing away.

I was a little under the weather last week, so I didn’t do as much work as was intended. But stay tuned for my next post that I promise will be packed full of anecdotes and shenanigans.