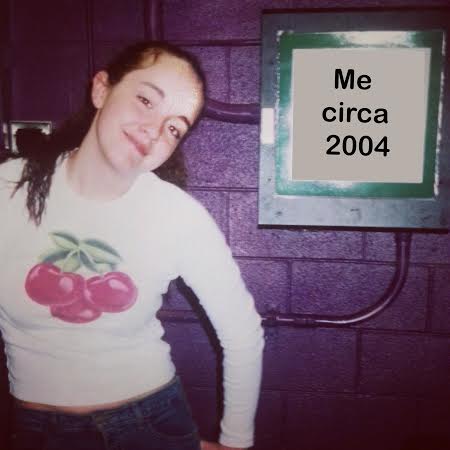 Being in love with someone who does not love you back

“I love you. I want you to know this. You were my first love so… yeah… have fun at Brock! lol.”

This was the closing line of an email I wrote in the summer of 2004 a few days before university began. I sent it from a hotmail account, the equivalent of penning it on an ancient scroll. It was addressed to my high school best friend, Mark. A boy/future man I had a crush on throughout grade eleven and grade twelve and who had previously had a crush on me in grade ten.

Alas, our crushes did not sync and our desires to see each other’s genitals (and in my case to see any male genitals that didn’t belong to my dog Buddy) never came to be. So our crushes remained just that. Crushes. Side note: lots of Crush soda was consumed over this early 2000’s period. We would drink Crush with our crushes and then crush the cans and each other’s hearts in one swell swoop. It was basically a Shakespearean tragedy.

Mark never replied and although I had said in the message that he didn’t need to I was still hurt. It was quite clear WHY he didn’t respond though. He had a girlfriend (I’m also confident he wasn’t feelin’ me either at that point). His girlfriend was great and he cared for her dearly and I didn’t plan on ruining their relationship when I informed him of my yearnings. I had no intention of causing either of them harm and knew before hitting the send button that nothing would change in regards to their bf/gf status, but for some reason I was compelled to write it. I had to get it off my chest or I was going to self-combust with teenage angst. But when I didn’t hear back from him,  I regretted it immediately. Big time. After a week of silence on his end I was a wreck. I drowned myself in Crush sodas and hoped one day I would be able to forget his STUPID DUMB-DUMB FACE.

In retrospect it may have simply been straight-up lust, or friend tenderness, or my own crippling loneliness in the guise of long-term affection/watching Netflix. It’s hard to determine what’s real and what’s a trick of the libido when it comes to the ways of the organ that pumps blood.

I have only officially said the heavy ‘L’ word thrice in person (to my boyfriends) and once via the mail of hot (to Mark). Looking back, it’s unbelievable that I didn’t proclaim it a heck of a lot more, ‘cause I certainly felt it more. I have “I can’t stop loving you” Phil Collins-style loved a good chunk of humans that were incapable of returning my “Phil Collins-ness”. Either because they had a girlfriend (in the case of Mark), they were gay, they enjoyed hanging out with me but didn’t want anything serious, or they simply weren’t interested in the likes of old Jess, whatsoever.

And although I fully accepted and respected their decisions, I consistently had a sinking feeling that something was wrong with me. I wasn’t “good enough” and I wanted to know how to transform into “good enough”. If I morphed into what they wanted then the problem would be solved, right?

But what did they want?

One time they dated someone with red hair. I should dye mine, I would conclude. They’re into sports too. I could learn about the sports. Figure out what in god’s name is happening during a game of football and when I whip out the definition of a ‘down’ he’ll absolutely fall head over heels.

Instead of searching elsewhere and finding someone who adored me as I was, I had to fit into their criteria and let me tell you, it never ended in success. For one gentleman, I began listening to The Pixies because he told me once it was his favourite band. The next time I saw him I tossed out a Pixies lyric in hopes of sealing the deal. He took this as an opportunity to reveal that he recently started dating a girl he was SUPER into and he’d like me to meet her because the Pixies is also her favourite band and we would get along swimmingly!

Sure, they’re GAY but if they truly ‘loved’ me as much as they claimed they did, why would that matter? I would ponder to my ignorant 20-year-old self, a self who had no clue how the laws of attraction worked. Eventually it got to a point where I was charmed only by unavailable gents. See, there’s something comforting in being rejected, because with the rejection comes the guarantee that your heart will never be TRULY wounded. Yeah, it stinks when someone says they’d prefer NOT to share a Sex on the Beach with you (what I considered to be the most sophisticated drink in my early twenties) but it only stinks for a bit and then the stink dissipates. Your love may grow for this person and the stinking could be prolonged if you don’t disengage with it, but it’s not near the potential stinking that comes with loving and being loved by another. And more precisely, when that reciprocated love ends. That is the ultimate fear and the ultimate pain. If I carried on with my routine of throwing myself at dudes that didn’t want me, well then, I would avoid said ultimate pain, wouldn’t I? If I sent Mark an email when he had a girlfriend and literally told him he DID NOT NEED TO REPLY there was no possibility that this exchange would result in me being genuinely happy/miserable.

The first time I said it and someone actually said it back, I didn’t know how to react. I had become so accustomed at this point to hearing “Aw, Jess, it’s nice that you have a crush on me but unfortunately I like penises/casual sex/not you.” I dated the man I said it to for a year and a half and when we broke-up, the ultimate pain arrived.

I am a person of intense emotion and I had not felt this level of emotion before. I did not know how to process it or how to make it go away. I had protected myself for years with my selection of inaccessible suitors, so this was a shock to say the least. But even with the excruciating sadness that was overwhelming me I was still oddly thankful for the relationship and the joy that came with it. And that’s when I had a revelation. Without the sadness you could not have the joy and I desperately wanted the latter.