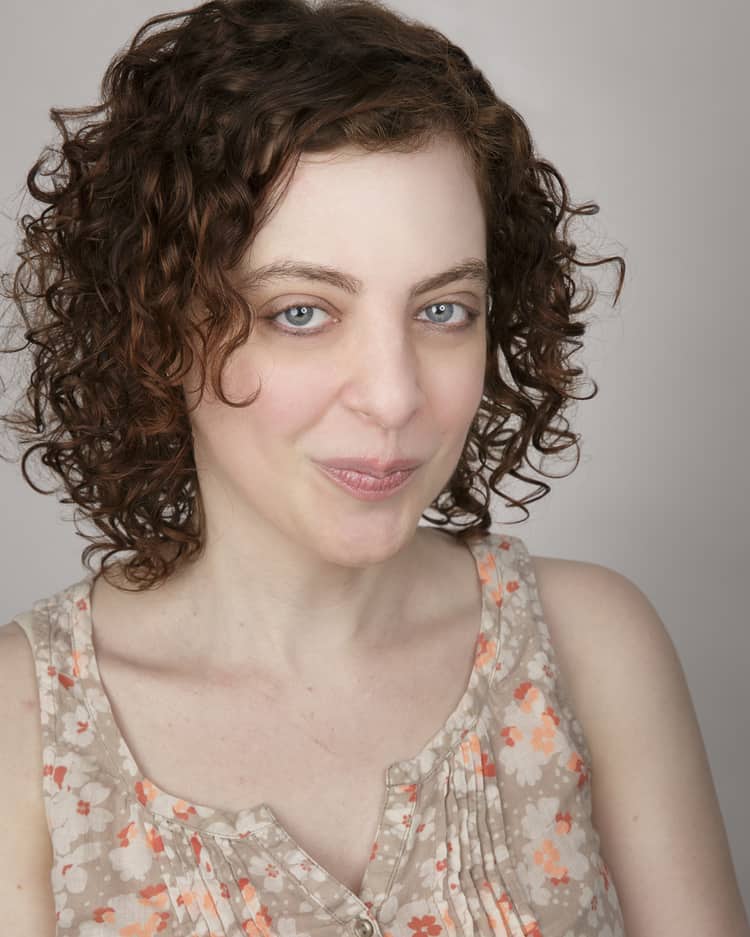 If you’re not familiar with the sardonic wit of stand-up comic/storyteller Lynn Bixenspan yet, you’re in for a treat! Paste Magazine named her as one of the “Best Twitter Accounts of 2015” (beating out Emily Heller and Kumail Nanjiani) and recently invited her to perform a set in their Stand-Up in the Paste Studio series. We spoke with Bixenspan about Twitter fame, Sweet Valley High & the funniest thing she has ever seen.

SDTC: What is the funniest thing you have ever borne witness to?

Ooh, good question. As silly as it is, I’m a huge fan of food accidentally flying out of people’s mouths, including my own, especially in public when it just shoots out. Like once I was at a Thai restaurant eating rambutan, which is really slick, and it just shot out of my mouth across the table at my best friend. We cried in the middle of the restaurant.

Also, I will always remember seeing Metallica at Lollapalooza. It was insanely crowded, with tons of pyrotechnics. Suddenly, a LEG flew over my head through the air and onto the stage. A man with one leg hopped up on stage to get it. The security guards, confused, let him get his prosthetic leg. And then he immediately started hugging Metallica and rocking out on the mic with them. The guards escorted him offstage. Five minutes passed, and he hurled his leg onstage AGAIN. This time the guards would not let him on, despite his best efforts. I think this is the most heroic man I have ever seen.

No, I still tweet the same way, I think. Anxiety is more like, “I’ve had some recognition, WHY DON’T I HAVE MORE FOLLOWERS?!” But I still sometimes tweet and delete it if I decide it was dumb/not enough people liked it in a short time period.

Who/what is your comic inspiration?

Things that happen in real life! (I wish I had one really charming answer, like “My baby niece! she’s the light of my life.” I don’t have a niece though.)

Why do you think your comedy resonates with people so much?

Ooh, this is a good question and I feel like I have to say nice things about myself, oh no! I write a lot about things I’ve experienced in relationships or as a woman/human person in a way that people say they relate to. I AM THE MOST NOBLE BRINGER OF TRUTH! No, I don’t know. I’m funny?

If you could change anything about your life, what would it be?

I would only do comedy and writing that I choose to do for a living. Also, I think I would have some cute baby twins. I envision that since I used to read Sweet Valley as a kid.

Are you planning any tours in Canada?

Not right now, but I’d be happy to if someone wants to book me!

How would you describe your stand-up?

I think I’m a slightly exaggerated version of myself, talking about my experiences and what makes me upset/angry. People have used the word “feminist,” and I am, but I hesitate to have that be the defining characteristic. It feels too general.

I watched my two adorable Lionhead rabbits almost collide jumping in the air ’cause they were so psyched about life; worked on booking shows for myself in LA coming up (I hate NY winter, though it admittedly has been really mild); and worked on my book proposal.

More taking harassment seriously. More options for privacy. Less gross trolls (that could be better handled by the first things I said.) Also, less hashtags at this point.

What is your favourite word? Least favourite?

Really into the words “floppy” and “dongle.” Least favorite is a lot of business jargon I hear, like “Let’s huddle!” for a meeting or “That’s a client ask” when they mean ‘request’.

Any advice to write better tweets?

Think authenticity over hilarity and check to see if someone else has already tweeted your idea.