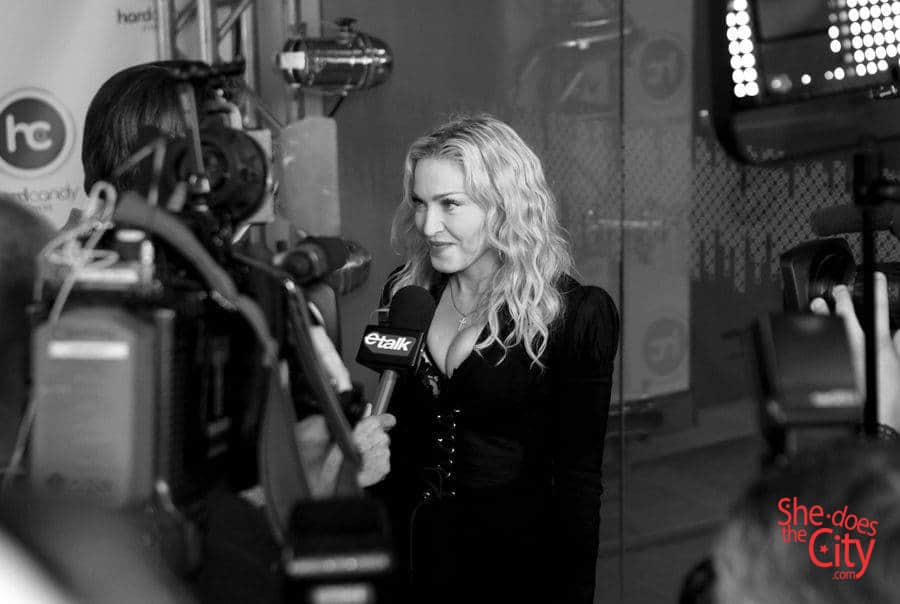 For months now, Madge fans have been abuzz with excitement over the promise that the Material Girl herself would touch down in Toronto to grace the red carpet of the newly minted Hard Candy Fitness. There were even rumours that she’d teach a high-octane class to a group of ripped hardcores. And you know what? THE DREAM CAME TRUE!

Last night, media waited in anticipation for hours; Twitter was frantic with #addictedtosweat updates that ranged from “Madonna will be arriving ANY SECOND and we are FLIPPING OUT! Ahhhh!” to, “HARDER IS BETTER!!!” etc.

To keep the crowd at bay, Hard Candy fitness instructors flexed their muscles for the media and did a fast and furious dance routine.

Finally, Madonna arrived and it was a paparazzi blitz. Our 80s pop icon still looks as  svelte and sexy (note the cleavage,) as she did in Desperately Seeking Susan.

After a quick hello, photo pose and salute, Madonna was escorted into the gym by security where she swapped the tailored power suit for skimpy activewear and DID HER THANG.

Ladies with an attitude
Fellows that were in the mood
Don’t just stand there, let’s get to it
Strike a pose, there’s nothing to it

VOGUE! Or sign up for a class. Fuck, do both! 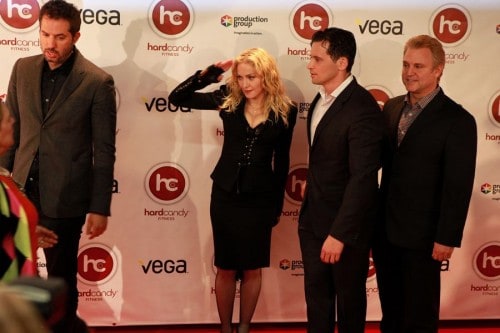 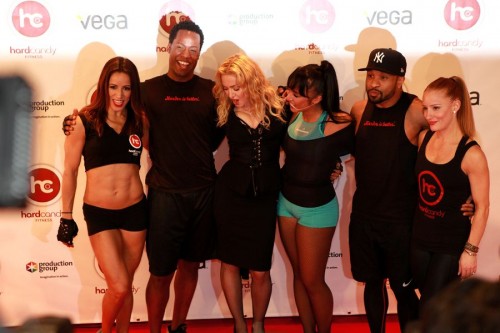 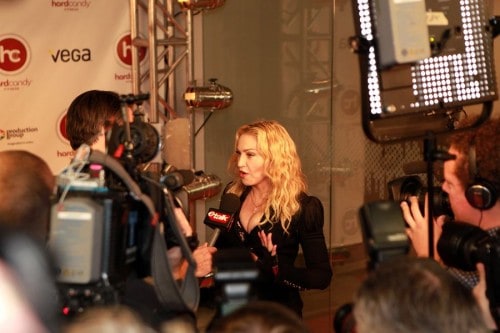 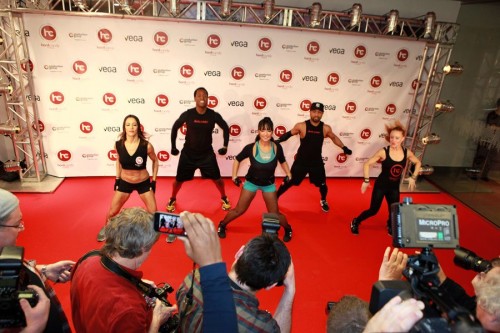 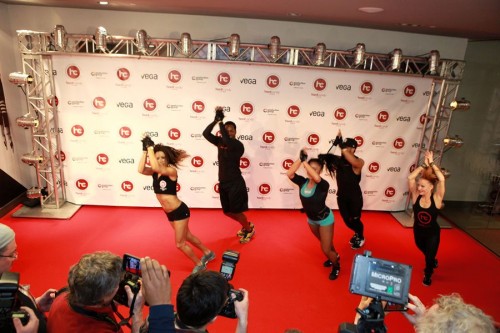 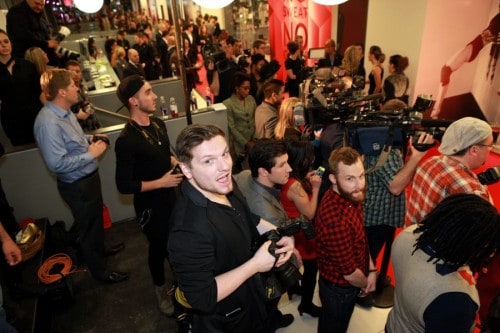