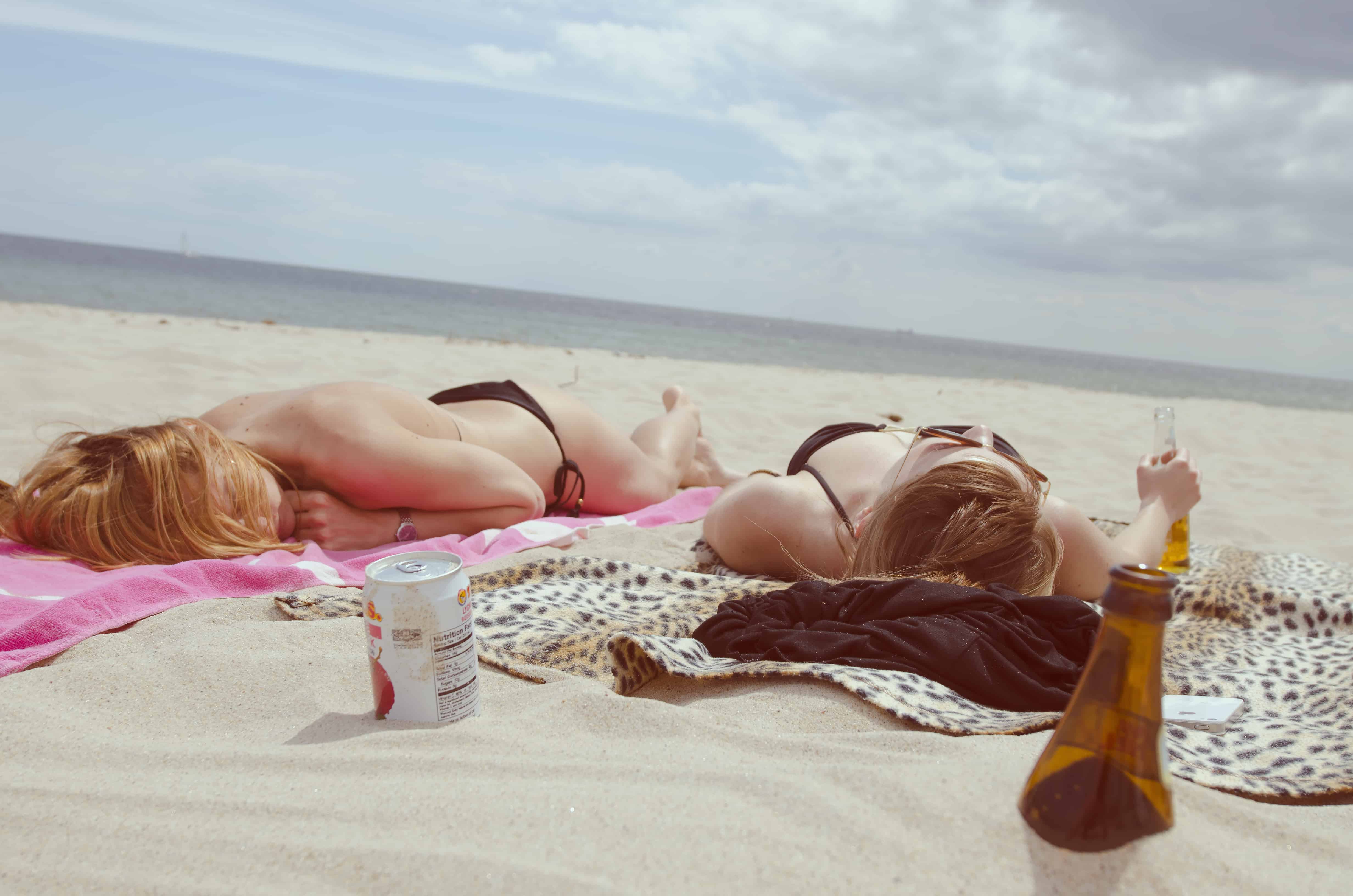 Melanoma, My Mom and Me

Suntans are as synonymous with summer as watermelons, Jays games and Jason Derulo jams.

Growing up as a pasty white kid, I longed for the ultimate summer tan. This is probably because I don’t tan well at all. I burn like acid rain in Sudbury. But occasionally, when the temperature was high and the sunscreen coverage was low, I was able to achieve some sort of nice glaze, not dissimilar to a Thanksgiving turkey, which made me feel happy and confident.

“You look really good!” people would say, “Not so pasty-assed white.”

These compliments made my heart sing. If a tan could make me feel this comfortable in my skin, I thought, one could only imagine the self-assurance that George Hamilton and Donatella Versace must feel on a daily basis. A life-long tan, if not a perfect summer one, was surely a life goal to be had, and one I carried with me until I was 22.

One hot New York City summer day, a few weeks after we had graduated from university, my friend Katie and I were discussing why suntans were so beguiling.

“A tan covers up the cellulite,” she said. “You look longer and leaner.”

“Agreed,” I said. “And you just look…healthier.”

I knew about melanoma at the time, or, at least, I had heard of it. I knew it was a type of skin cancer that looked like a funny type of a mole, and as someone who is spotted with moles like the night sky, I was aware that I could be at risk. But I figured I was at as much risk as dying in a plane crash or having a sprained tongue. I mean, really, what were the chances of developing cancer?

A few months later, when Katie had moved to Los Angeles for 24/7 sun, and I was waitressing in New York’s West Village, I noticed a mole on my right arm had started to bleed. Despite my previous thinking that my chances of contracting the big C-word were slim to none, I went into full-blown hypochondriac mode. I shamed myself for lying out in Washington Square Park without wearing sunscreen that one day after work. I cursed every day I went outside without a wide-brimmed hat (which was all of them). I regretted purchasing 35 SPF, when, clearly, my pasty ass required 90.

“You don’t have melanoma,” my mom said to me over the phone. “You’re overreacting.”

“My mole is bleeding. Moles aren’t supposed to bleed.”

“Are you sure it’s not a pimple?” Mom asked. “It’s probably a pimple.”

“I’m fair-skinned and mole-y,” I said to her. “My chances are pretty great. I’ve Googled it.”

Mom sighed. “Then go check it out. But it’s probably nothing to worry about.”

Luckily, my co-worker who I was hooking up with interned at Bellevue Hospital (the non-crazy part), and he hooked me up with an appointment at the cancer center. Within weeks I was sitting in a cold exam room wearing a paper gown.

Minutes later, a friendly doctor examined me from top to bottom, checking the mole that sits on my scalp all the way to the moles that are located on the bottom of my feet.

“You’re fine,” she said afterward. “I don’t see any moles that are of concern.”

“What about this one?” I said, motioning to the mole that had bled. “It was bleeding.”

“I think that was just a pimple.”

Heaving a huge sigh of relief, I quickly got dressed and called my mom with the good news.

“You were right,” I said when she picked up. “I had nothing to worry about.”

“See? I told you.” I heard the doorbell ring in the background. “Just a minute.” Mom put me on hold for a moment, and as she returned, she said oh-so-casually, “Isn’t that nice? A relative sent me some flowers because of my melanoma.”

In the weeks between my first phone call to my mom concerning my melanoma scare, she had experienced one of her own. Except hers wasn’t just a scare. She actually had it – cancer. On a routine checkup with her doctor, a strange-looking mole was detected to be malignant and was swiftly removed before it spread to other parts of the body. Fortunately, the surgery saved her life; she was (and is still, ten years later) cancer-free.

May is Melanoma Awareness Month, and it’s seriously no joke. Melanoma is one of the fastest growing cancers worldwide. According to the Melanoma Network, incidences of melanoma in Canada have tripled in the last thirty years and continue to climb. Over 1,200 Canadians will die from melanoma each year, but survival rates – like my mom’s – are high if it’s detected early.

My mom and I are regularly screened for melanoma (it is hereditary, too) and I would advise for you to do the same, especially if you’ve had at least one blistering sunburn in your youth.

Remember: There is no such thing as a “healthy” suntan. Wear sunscreen. Wear a wide-brimmed hat and UVA sunglasses. And stay out of that goddamn tanning bed.