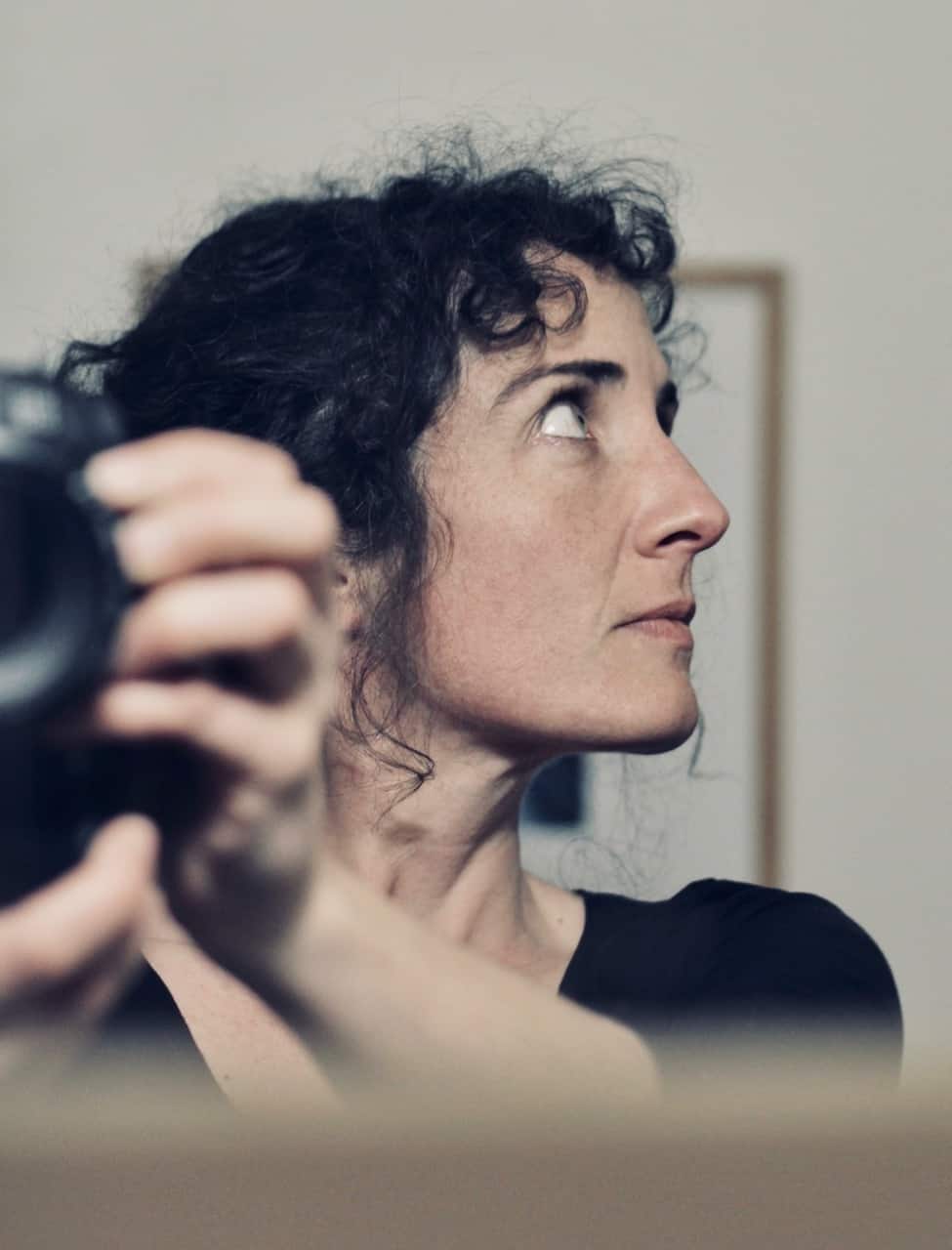 Millefiore Clarkes‘ film The Song and the Sorrow follows the story of musician Catherine MacLellan (daughter of Canadian singing/songwriting legend Gene MacLellan), who grew up surrounded by her father’s music. He tragically died by suicide when she was fourteen. Two decades after his loss, Catherine is finally ready to confront the hurtful mystery of her father’s path and embrace his legacy.

The film is screening at Hot Docs Ted Rogers Cinema as part of a free Mental Health Film Series. You can see The Song and the Sorrow on Thursday, January 17 at 6:30 p.m. We caught up with Clarkes this week.

Perhaps my greatest moment/routine of contentment these days is when my four-year-old wakes me up (too early), but I manage to drag myself out of bed, make coffee for myself and warm milk for him, and then we greet the day by sipping, snuggling, and reading in front of the fire. Life doesn’t get much better.

Jennifer Baichwal’s Anthropocene. I’ve admired her work for a long time. I love films that contemplate the globe as an interconnected entity. Films that somewhat passively observe the systems and patterns that shape our earth. Anthropocene looks at how humans act as a formidable force of change on the planet. It’s not exactly political or prescriptive; it’s more observational. It allows the audience to come to their own conclusions, which are (hopefully) that we have to change our ways before it’s too late! My film The Song and the Sorrow recently played on the big screen (in Prince Edward Island, where I live) as a double bill with Anthropocene. That was a feather in my cap.

I’m reading a number of books as research and inspiration for my next short lyrical/dramatic film. It’s a film that contemplates the psychological effects of climate change on the modern mind. So, I’m reading Gaia: The Human Journey From Chaos to Cosmos by Elisabet Sahtouris and The Hidden Life of Trees by Peter Wohlleben. It’s unusual for me to read non-fiction. I’m pretty much exclusively fiction-oriented when it comes to books. I’m just finishing The Blazing World by Siri Hustvedt, which is blowing my mind.

I was born and raised in Toronto but have been living in Prince Edward Island for the better part of my life now. City mouse turned country mouse. I visit Toronto several times a year to see friends and relatives, and every time I return, I appreciate it a little more.

I grew up in the Annex, so that’s the heart of Toronto for me. Bathurst and Bloor on a summer night. My heart aches to know that Honest Ed’s is no longer a part of that landscape. When I travel to Toronto with my son, we always hit up the ROM, and it’s awesome to see his mind expanded in new ways each time. My favourite place in Toronto is probably Chris Wright’s living room (the mother of my childhood friend). She lives on Howland Ave. in the Annex and her house is almost exactly the same as it was when I was growing up. She’s a larger-than-life personality and the place is always full of interesting characters dropping by for tea.

Not that it’s healthy to have regrets, but on my last two visits to Toronto I missed two exhibits, which I expect were phenomenal. So I am retroactively dying to see Anthropocene by Edward Burtynsky, Jennifer Baichwal and Nicholas de Pencier, and Yayoi Kusama’s Infinity Mirrors (both at the AGO).

I don’t pay enough attention to self-care. This is something I’ve recently become aware of and which I intend to correct. Nothing is better and more sane-making than a walk in the woods.

I don’t feel I answered that question fairly, but I’m sticking with my answer.

Running around the Annex with neighbourhood friends on hot summer evenings, giggling uncontrollably.

Do what is right in the moment. We don’t know where decisions and the future will lead us. We can’t predict pathways. So do what is the right thing to do now. And then wait and see.

Also, when I get freaked out about climate change and general global disorder, I try to remember the unfathomable scope of the story that we are just a small part of. And somehow that makes me breathe easier.

Patience. Stillness. I anticipate and jump the gun a lot. I admire people who speak quietly but precisely, and who stay still in the midst of much to do. Probably because they are the opposite of me. Not that I want to change entirely, but there’s certainly something to be learned there.

It’s not so much career advice, but art-making advice. To paraphrase: “Listen to what they have to say, and then do what you want anyway.”

These days I have almost a uniform: High-waisted jeans and a black, scoop-necked, long-sleeved shirt. It’s pretty much good for all occasions. I wish I’d figured it out years ago. It saves so much time stressing in the closet.

Alice in Wonderland. Simply the best.

Climate change. No question. It is the deep destabilization that is rocking so many (all?) aspects of contemporary life, whether we recognize it or not. I’m not saying that other issues aren’t important, but I feel that our climate, the diversity and stability of our ecosystems basically underpins everything else. We are so very on the razor’s edge of being able to do anything about it. Perhaps we are too late. I sure hope not.

I just turned forty, which is really a thing. I didn’t think it would be a thing, but it is. It was coupled with my son reaching an age where he became more independent, so I re-emerged into public life. I had to figure out my new adult identity (and am still in the process). Mid-life is a strange, scary, and potentially transformative stage. It’s akin in some ways to adolescence. No one ever told me that. It’s a great time of taking stock: What have I done? Where do I want to be? Now is the time to make changes, take risks, and simultaneously try to appreciate what you have. So, in answer to your question, I am now a mother, and that grounds me and limits me in ways I never anticipated. I am proud of that, but I’m also figuring out how to balance my own identity and ambitions with the needs of a child. It’s no easy thing [to do] in the twenty-first century.

I do feel that career and creativity-wise I have grown in the past ten years. I have tried so many forms and approaches to filmmaking that I feel, in a way, I’ve come full circle. I can see where my strengths really lie, not just the things I’m interested in, but the things that I am specifically good at. I am ready to pool all my learnings and insights and funnel them into the next film. I want it to be something truly of me, something clearly in my own voice.

To jump back into the good fight. I’ve been in domestic navel-gazing mode for several years now. So 2019 is the time to start taking action, taking a stand, participating as both a local and global community member. There are so many issues that we face today coupled with so much apathy. I want to rabble-rouse. I aim to wake up a little and attempt to awaken those around me.

Get tickets to see The Song and the Sorrow at Hot Docs Ted Rogers Cinema on Thursday, January 17.