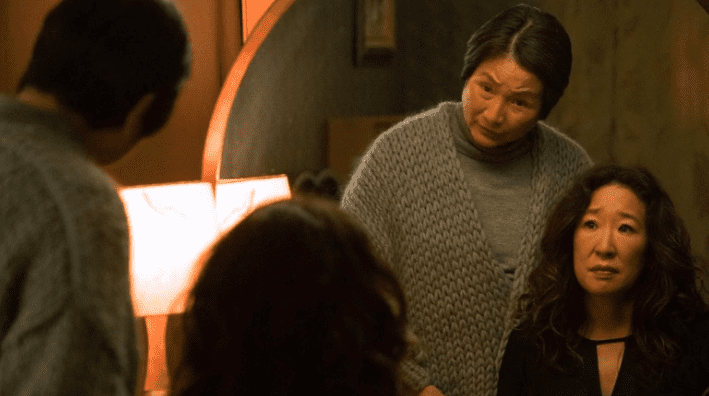 Meditation Park shares a side of Vancouver life not often portrayed on screen yet experienced by many. In this poignant and thoughtful film, Mina Shum examines both tragedy and comedy as experienced in two distinctly different generations of one Chinese-Canadian family. We saw Meditation Park at TIFF in 2017 and caught up with Shum during The Festival.

Set in East Vancouver, the camera follows daily life, from morning tai chi in the park to the (at times hostile) exchange between neighbours who are in sharp competition for an illegal parking business. “I moved into the East Vancouver neighbourhood about thirteen years ago, and the first thing I noticed was these women trying to sell parking. In fact, there’s a neighbour who still tries to sell parking to me and I’m like, ‘You don’t recognize the grey Jetta with me in it, waving at you?’” says Shum, with a chuckle. “I remember thinking, what an interesting industry, that it is supply and demand, and that the community negotiates in itself–the process of how they do it. From a storytelling perspective, I would look out my window and go, ‘Huh, this is humans and resources in motion,’ because they’re shared. It’s not like one person is the parking tzar!”

While the parking shenanigans provide comedic relief, much of Meditation Park is a more serious examination of inequity, power dynamics and the struggles experienced by first-generation Canadians, where English is a second language. “My mother is a little older now, and I’ve always recognized the disparity between what she taught me–to be liberated [and] strong–and the way she lived her entire life, which was to serve the entire family and, for the most part, her husband.” 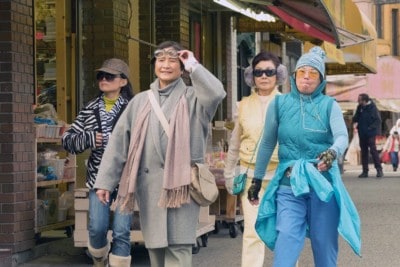 The mother, Maria, who was inspired by Shum’s own mother, is played by Pei-Pei Cheng. “It all came together to examine how powerless we can feel, yet how we still have choices. There’s a Buddhist saying: ‘You’re never stuck, you always have a choice,’ and I really saw that in this character.” Cheng’s performance is stunning and riveting and allows audiences to recognize a pain that is often not documented: the challenge faced by an elderly woman caught between worlds, very much isolated but determined to change direction. Her daughter Ava is played by the inimitable Sandra Oh. Watching the two converse at the hectic dinner table, or quietly in private, displays the very relatable tensions that many of us grown women with kids have with our own mother. Their on-screen relationship will pull at your heartstrings. Beloved local stars Don McKellar and Liane Balaban also bring richness to this poignant family portrait.

“I would like each individual person who sees the film to have the courage to live more empowered, no matter how disempowered they are, [and to] find the courage to be who they are, because we only have one life.”

Be sure to tune into this masterful piece of cinema Saturday, July 28 at 9 p.m. on CBC. And tune into The Filmmakers, airing right beforehand (8:30 p.m.) to see Shum’s in-depth interview with CBC’s Amanda Parris.