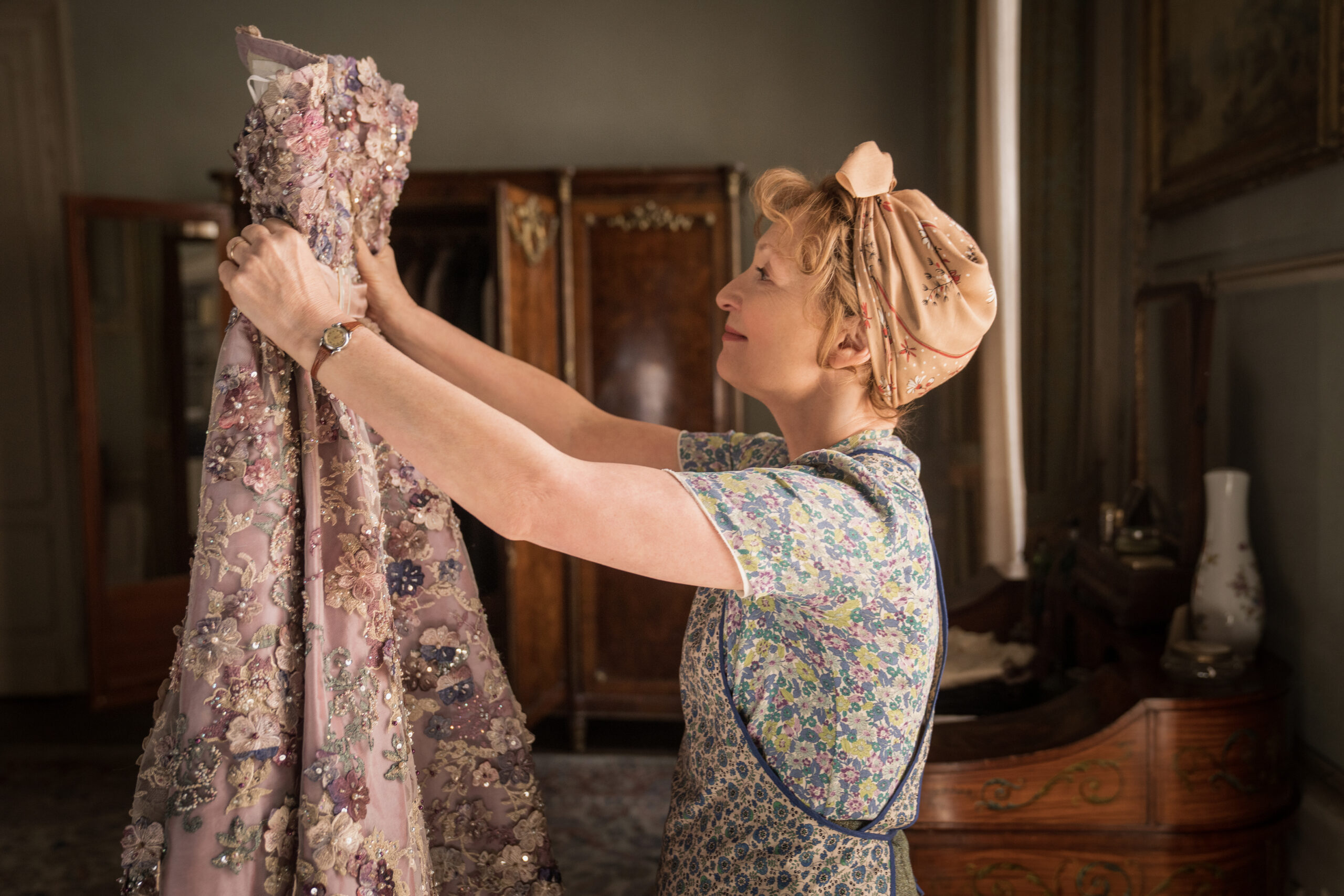 "The story is the opposite of raw and gritty, which is precisely why it’s fun, light-hearted escapism."
Film

Mrs. Harris Goes to Paris is a Refreshing, Delightful Escape

Lesley Manville is delightful to watch in Mrs. Harris Goes to Paris, a fanciful and uplifting film about a widowed cleaning lady, Ada Harris, who is determined to buy a Christian Dior dress.

Set in London and Paris in the 1950s, director Anthony Fabian takes audiences on a colourful romp through each city—showing off the signs of the era in an exaggerated and theatrical way. The pub is as British and jovial as a pub can be; the Moulin Rouge is magical (not a sad or sordid tale in sight); the Paris train station is empty, aside from three friendly drunk men who kindly share their baguette and wine with Ada. The scenes are stripped of realness in a purposeful way—instead Fabian gives us a Disneyland version of each city. It’s stunning and includes the most memorable drive (with no traffic!) along the Champs-Élysées.

A remake of the 90s film Mrs ‘Arris Goes to Paris, the story is the opposite of raw and gritty, which is precisely why it’s fun, light-hearted escapism. Full of ridiculous serendipitous moments and farfetched plot lines, it’s a thrilling adventure and a real pleasure to watch. But it does confront a few issues, ever so lightly.

When Ada shows up unannounced to an invite-only Dior show, assuming she can simply walk in and buy a dress, she is scoffed at by the Parisian elite. The Dior director, Claudine Colbert (a standout performance by Isabelle Hubert) encourages her to go elsewhere, later in the story referring to her as “a nobody.” 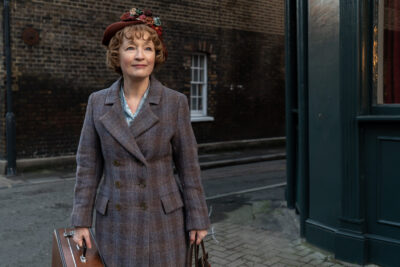 In this movie, the spotlight shines on a sixty-something woman, who will not be made to feel invisible. It’s refreshing to see a woman of this age in the starring role with a bright future ahead. Ada is not some fuddy-duddy great aunt who sits in the back corner with a glass of sherry, she’s lively and determined to fulfill her dream. 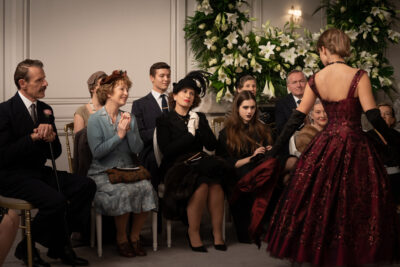 Mrs. Harris Goes to Paris is out now in theatres everywhere.

"The story is the opposite of raw and gritty, which is precisely why it’s fun, light-hearted escapism."

My Mother’s Closet: The Paris Scarf