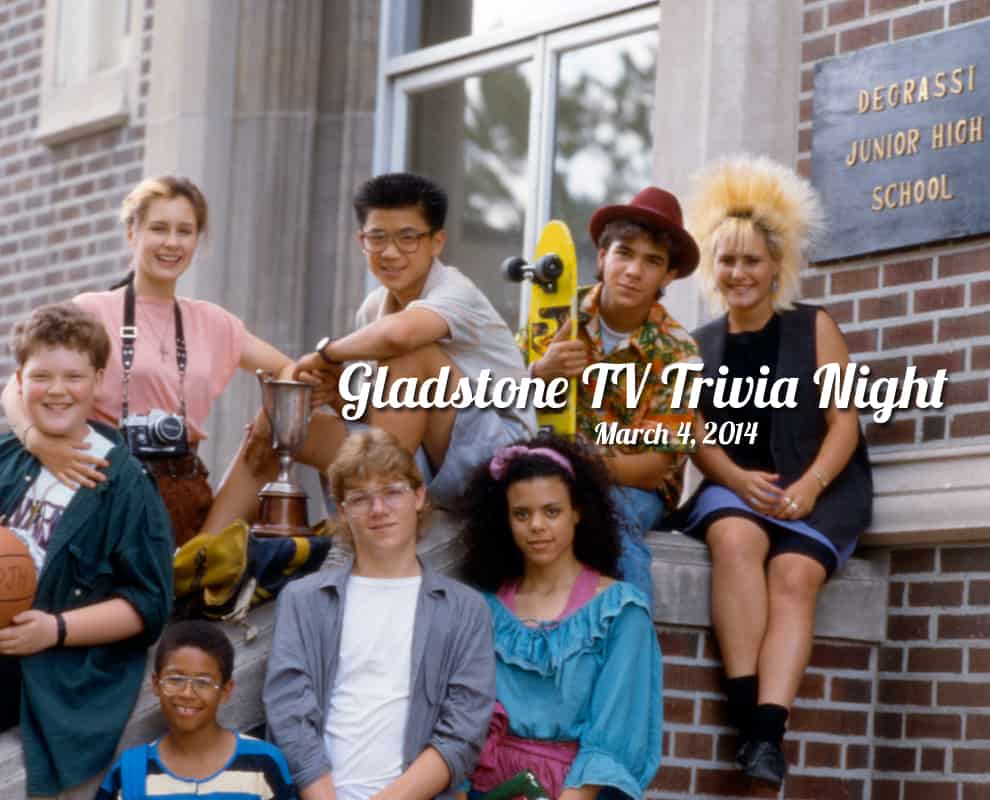 MUST DO: Gladstone TV Trivia Night, The Degrassi Edition

My sex education, and so much more, was learned watching the mistakes and awkward teenage moments of Joey Jeremiah, Spike, Snake, Caitlyn and Wheels in Canada’s best television series of all time: Degrassi.

Scandalous and raw: Degrassi covered issues like no other young adult TV show would DARE! Pregnancy, drug overdose, suicide, eating disorders, abortion, AIDS: there was literally no topic too taboo for this bold show.

Being a few years younger than the cast of Degrassi, tuning in after school was like peering into the world of what my neighbourhood babysitters were up to. Unlike Dawson Creek, Beverly Hills 90210, Laguna Beach etc, these kids were REAL. No gloss or glam! The students at  Degrassi High had pimples, greasy hair and bad clothes, just like you and I.

Come celebrate the most awesome television in Canadian history at The Gladstone next week! Grab a pint and test your Degrassi trivia!

HOLY HARD HITTING! Nothing like it. Degrassi rules 4Life.

We’ll leave you with the original DJH theme song that will be etched in our brain forever.

Our Pick of the Week: Grow Op at The Gladstone Hotel

Our Pick of the Week: Nite Markt

Abandon: Toronto’s First Non-Alcoholic Happy Hour For People Who Want To Hang Without A Hangover