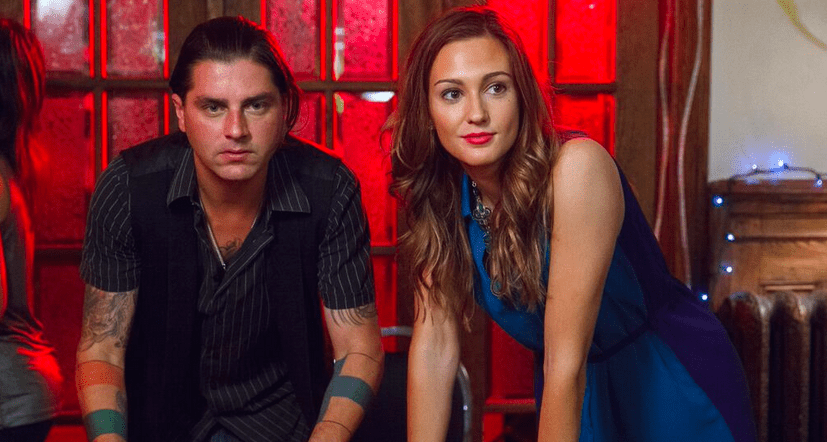 My Ex-Ex: Q&A with Katherine Barrell

With the girl squad fun of Clueless and Mean Girls, mixed with the raunchiness of Bridesmaids, My Ex-Ex is a hilarious homegrown romantic comedy that examines flawed relationships, past and present. We caught up with the star Katherine Barrell, who plays a thirty-something lawyer feeling the pressure to tie the knot, to talk about losers we’ve dated, what we can learn from our ex-ex horror stories, how to cut it in the film biz and the chemistry behind raw, primal attraction.

First things first, what made you want to do this film?

I loved how it was a raunchy romcom but centered around a female character. It was candid and real; it portrayed women in such an honest and real way.

Mary’s an accomplished career woman. Explain to us why she even wanted to marry a jerk like Ted?

There’s a pressure as a woman. She’s in her early thirties with a 9 to 5 career, all her friends are getting married and having kids – there’s a huge societal pressure to settle down. I’ve been in relationships that on paper are great, but behind the scenes are miserable. The internal clock thing is ridiculous, but it’s also a reality for so many women. I guess this is why we often feel the pressure, but men have much longer to figure it out.

Is it a rite of passage to experience a couple of really crappy relationships in our early twenties? Do they serve a purpose?

Totally. I feel you can learn from every relationship. Otherwise you spend a lot of years with a bunch of ‘what ifs?’ The bad ones help you clarify what you really want. WOW – they sure made me aware of what I truly wanted.

But what if a pattern forms? What if we keep making the same mistakes? Can we help who we are attracted to?

I think who we are attracted to is an innate, uncontrollable thing. First and foremost I think there is an initial primal attraction that we can’t really change or fight. But life experience can help you navigate how to find the right match.

In your opinion, what are the most important qualities for a good relationship?

Being friends! Don’t take yourself so seriously. Trust each other. Jealousy is poison in a relationship. Trust in a new relationship doesn’t come out of what that person is doing but has to do with self-confidence. Having your own life, your own goals and your own friends is really important. It’s not realistic that one person can make you happy, and unfair to expect that.

What was the most fun part of making this film?

Films can be really stressful – really long days, daytime shooting, outside, summer. Working on this film was probably the most fun I’ve ever had on set! The best day was when we were shooting near the Toronto zoo, and I was on a pink scooter wearing a wedding dress.

What’s your advice to young women trying to make it in the Canadian film biz?

Go out and meet as many people as you can! Join communities! Get involved. Join WIFT (Women In Film and Television). Go see Canadian indie films! Don’t be afraid to directly reach out to people you admire.