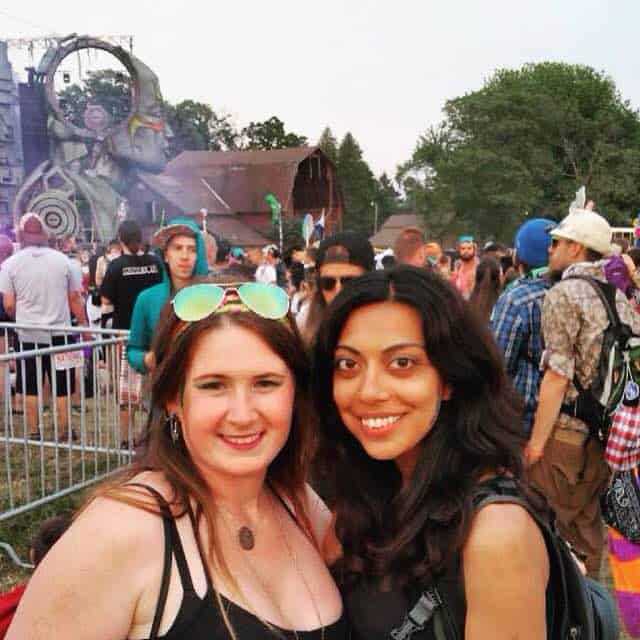 “Man, we shoulda started partying on this goddamn bus,” the young fellow sitting opposite the aisle on the Greyhound said, a little too loudly, addressing his seatmate.

It was as if he was reading my mind — we were now into hour eight and the last leg of our voyage from Toronto to West Michigan. Since boarding, the Wi-Fi had been spotty, ditto the charging outlets (those that were functional), and the air conditioner had turned the bus into a mobile fridge.

But I was unfazed, because awaiting me was Electric Forest, a five-day electronic dance music festival on a ranch resort in Rothbury, known as Sherwood Forest.

What seemed like a lifetime later, my squad rallied at the local grocery to stock up on pancake mix, hot dogs and dirt-cheap beer (U-S-A! U-S-A!), and then moseyed to our campsite, leaving the civilized and respectable society eating our dust.

To an Ontarian, there was nothing particularly stunning about the topography of West Michigan, which felt only like an extension of the northeastern plains of this province. Sherwood Forest, however, could have been dreamt up by FernGully while tripping on LSD. A vertical vineyard of paper lanterns and laser beams embellished the matchstick woods, insulating us in a twinkling, cozy hive. All that magic and whimsy was rivalled only by the festival-goers themselves, and that is to say nothing of their costumes.

EDM has never been my first choice for live music — give me an acoustic guitar, barstool and fruit flies in a glass of the house red — I prefer to play the anonymous ghost, quietly listening to the set from my perch on the back wall. But the tribe at Electric Forest converted me into an involved, one-woman dance hurricane.

And that’s really what it felt like, the magnanimous and community-spirited hodgepodge of people, all here, together: a tribe. These weren’t hippies “spreading the love” or whatever tired cliché I’d previously had in mind about music festivals. These were regular folks beaming the love from a firefighter’s hose. Everyone was here for common purpose; the result was the best vibe.

Now, a note on the drugs, on the bountiful smorgasbord of mind- and mood-altering substances that may as well have been fanned out invitingly on a platter and passed around like hors d’oeuvres. (Did you see that? That transition from “good vibes” to narcotics? OK. Just checking.)

I returned from Forest to find the latest issue of Toronto Life in my mailbox, featuring an exposé of sorts on EDM festivals and drug culture.

I’m not going to caution here that ingesting foreign materials might spawn a bad reaction, ‘cause y’all knew that already. Though many of the article’s charges don’t resemble my festival experience in the slightest, what I know for sure is that when you roll with a posse of responsible grown-ups (that in my case happened to include a medical doctor) and take every precaution possible, you set yourself up for a safe and good trip.

Each of the eight at our campsite packed a first-aid kit. I was encouraged to eat one and one-half grilled cheese sandwiches (as opposed to just one), for subsistence. We sipped Gatorade and popped multi-vitamins for our nightcap. Camelbacks in tow, our lips never knew thirst. We used the buddy system like three-year-olds traversing port-o-potties. We survived.

That I was with friends I trusted — who have seen me at my most embarrassing and vulnerable and self-conscious — was vital to the operation, especially when the night proceeded to get weird (which of course it did).

So look again little girl, because that isn’t the sun rising — it’s Bassnectar on stage. There’s bass booming and bright white flashing; a swelling heat emanating so boldly from my peripheral that I barely focus on the performance directly. Pretty sure the DJ is playing notes only dogs can fathom anyway.

I look to the mass of glow sticks dancing on my left — my best friend, all face-painted and flash-tattooed — our eyes meet and I understand all that warm light isn’t coming from the stage but from me, from somewhere below my torso and above my abdomen.

Were I to guess, I’d say it was the closest physical manifestation of happiness (like, you know, that ol’ abstract emotion) I’ve sensed.