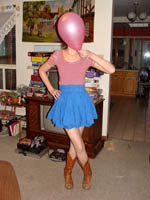 My Sober Life in Montreal Day 13: Questioning my motives and discussing anonymity

Last night, for the first time, I had serious doubts as to whether my decision to openly discuss my life as a recovering alcoholic was a wise one. A reader sent a polite but firm email informing me that I had broken the 11th tradition in A.A.: “Our public relations policy is based on attraction rather than promotion; we need always maintain anonymity at the level of press, radio, and films.” Yep, broke that.

I have been around the rooms long enough to be well aware of this tradition, but for some reason, I never really considered it while writing this personal series. (Self-centered, perhaps.) Breaking someone else’s anonymity is a no-brainer: you don’t do it. But what this tradition basically means is that it’s okay to out myself as an alcoholic and break my own anonymity but it is not okay for me to include any reference to my participation in A.A., in media format. In the email, sent by the concerned party, it was suggested that I can openly discuss my involvement in a 12-step program, but that A.A. should not be included. Is this not just semantics? Don’t we all know, in this day and age, what a 12-step program refers to?

Fearing that I may have broken the sanctity of A.A. in one fell swoop, that I had caused irreparable damage through my outpourings, I went into an anxiety-induced tailspin and began frantically Googling articles about anonymity, specifically as it pertains to tradition 11. I read a terrific feature in The New York Times by David Colman, Challenging the Second ‘A’ in A.A. This led me to a 9000 word essay in Harper’s by Clancy Martin, provocatively titled The Drunk’s Club: A.A., the Cult that Cures. Both writers are alcoholics, thus breaching the 11th tradition. I did a quick keyword search on The Fix: A hugely popular website dedicated to addiction and recovery and found a tell-all by comedian Kristen Johnston (3rd Rock from the Sun) who wrote a best-selling memoir, Guts, detailing her battle with addiction. Also questioning the concept of anonymity was a highly controversial confessional by TWITCH author Nick Sheff, I’m Nick Sheff and I’m in AA. But the article I found that examined the issue most critically, carefully reporting both sides of the fence, was by local award-winning journalist Ann Dowsett Johnston in her Toronto Star piece Alcoholics (not) Anonymous?

Contact lenses stinging and desk cluttered with coffee cups and empty cans of Dr. Pepper, I digested as much information as I could in the span of a few hours, including hundreds of comments by devout A.A. followers. Gee, can you tell I suffer from anxiety? Oh no, this frenzied behaviour isn’t AT ALL in keeping with an alcoholic mind! I was fixated and on an insatiable tear to find out more and more and more.

Finally, I stopped the madness, took a deep breath and tried to revisit my initial motives for sharing my secret: I wanted to prove to myself that life in sobriety wasn’t boring while inspiring others to consider their own life-work-adventure. However, as emails poured in from friends and readers, bravely sharing their personal drinking concerns, my daily diary quickly morphed into a more concentrated effort in illuminating hot topics surrounding addiction. I began writing less about Montreal and more about my experience as a recovering alcoholic. I quickly discovered there was a thirst for more knowledge about recovery and since my recovery is intricately woven into A.A., it seemed ridiculous not to share that important piece of the puzzle. I considered revising all posts by removing any reference to A.A. and substituting with 12-step program but concluded that to do so would be silly. If my diary has helped an alcoholic or drug addict, if it has provoked readers to view addiction and recovery in a more positive light, then I’m okay with breaking a rule… that was written in 1946.

I have incredible respect for Alcoholics Anonymous and its founder Bill W. The program gave me my life back and I have watched it save countless others. The steps and guidelines to living are pure genius, and to think they were written by one man is astonishing. But I’m still allowed to question certain aspects of the program. Just as the program is rooted in anonymity it is also rooted in helping other alcoholics. I am no expert in addiction, not at all; I am a 33 year old woman who is an alcoholic and I’ve struggled with alcohol abuse since I was fourteen. Shedoesthecity, at its core, is about sharing inspiring stories and promoting a life full of adventure and discovery to an audience of smart young women. This is the most important story I have to share.

Binge drinking is a huge problem amongst young women in Canada. That I know. I also know that there is serious confusion surrounding the idea of what an alcoholic is/looks like and a widespread misconception that A.A. is a religious cult or that rooms are full of middle-aged men. In my humble, although a little loud, opinion, A.A. is the best resource for recovery. Why would I play a game of broken telephone, quietly whispering to my close friends in hopes that the message slowly trickles out to the alcoholic still suffering, when I can share openly with our loyal following? Is this not a subject that deserves a proper dialogue and debate?

Perhaps I should leave it to a woman who has 10, 20 or 30 years of sobriety to do the talking. But I can tell you, for certain, that when I began this journey, I could hardly hear those stories. That length of sobriety seemed inconceivable. I personally found it much easier to identify with the pack of girls two steps ahead of me. “You have six months? Wow.” “Wait, you’ve been sober for over a year? Holy crap.” In the beginning, those were the stories that kept me coming back because I thought, if that girl can get a one year medallion, maybe I can too. Even now, the idea of five years is scary. Will I make it? I really hope so, but for every alcoholic, it’s all about the next 24 hours. One day at a time.

I will never break another person’s anonymity intentionally. I understand, privacy is paramount for many individuals. Many feel that their livelihood and professionalism is reliant on anonymity. I get that. I respect that. But I’m okay to share my experience in the hopes that it benefits another. And I can’t properly share or disclose how I got better if I have to be all hush-hush about my involvement in A.A.

Yes, I’ve completely broken the 11th tradition, and I might very well be lambasted by peers in the program, but perhaps this tradition needs to be readdressed if we are to spread the word of recovery effectively in a manner that isn’t riddled with shame.

On day 1, Jen outed herself as a recovering alcoholic. On day 2, she wondered why the hell she did that. On day 3, she compares the dark days of 1999 with vibrant life in 2012. On day 4 Jen randomly meets Steven Tyler while strolling the streets late at night. On day 5 Jen took a meditative morning walk through the Plateau.On day 6 she found serenity in the Fuchsia Tea Room. On day 7 she hits the town for mocktails and shots of OJ. On day 8 she broke down the stereotypes of AA. On Day 9, Jen had a run-in with the circus. On day 10 Jen talks about how she knew she had a problem. On day 11 Jen recalls her last drunk meal and gains an appreciation for good food. On day 12 Jen tackles why she drank.

#VanGoghTO: Massive Immersive Exhibit Will Take Over Abandoned Five-Storey Warehouse Starting May 1st (Psst: We have a pre-sale code!)