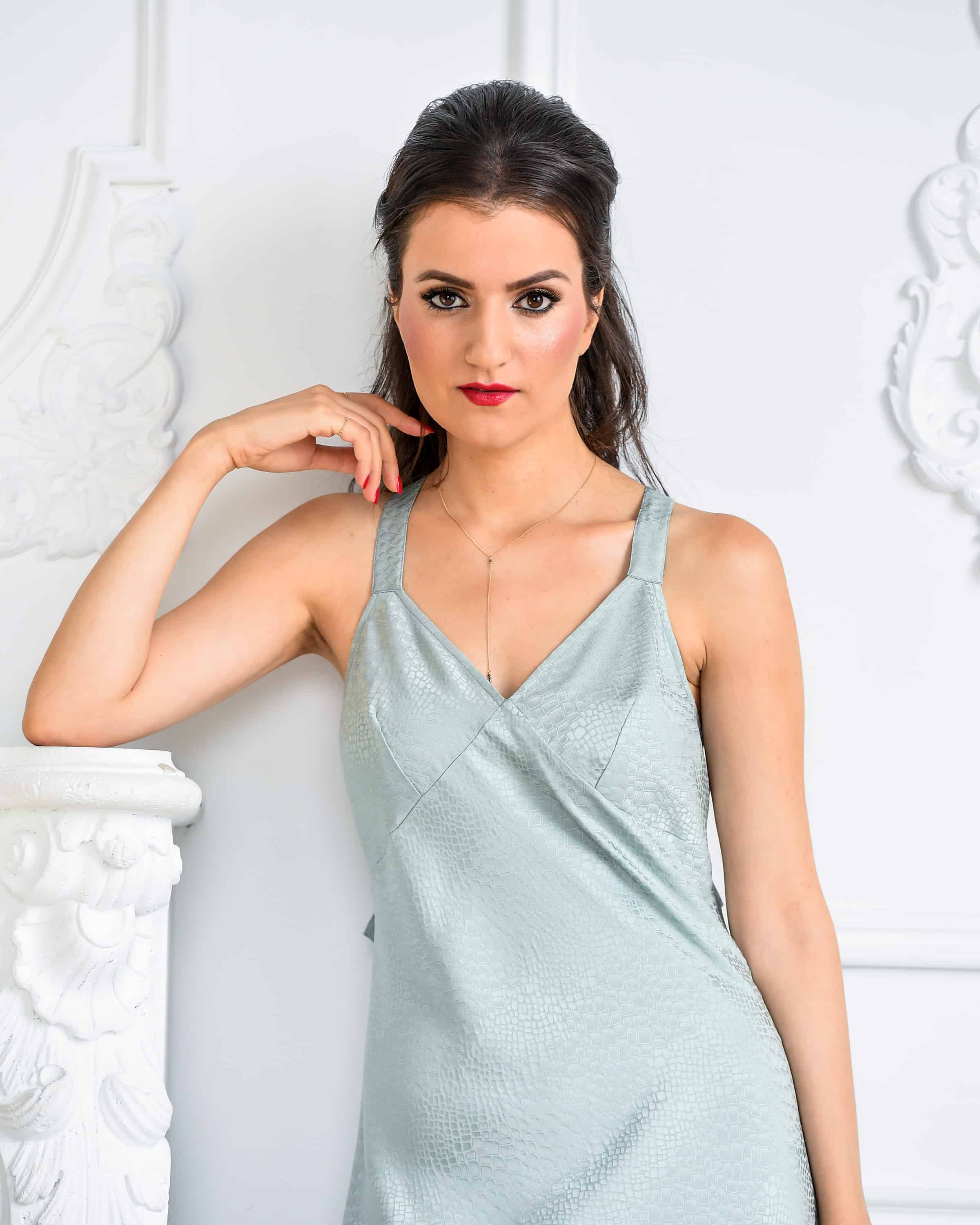 Najwa Zebian on Being Instagram Famous, Removing the Hijab & Finding Her Power

After Najwa Zebian moved to Canada at the age of sixteen, she experienced displacement, discrimination, and abuse. Now an acclaimed author, poet, and educator, she counts more than a million followers on Instagram (including Adriana Lima, Hilary Swank, and Khloe Kardashian) and recently released her third book, Sparks of Phoenix.

We spoke with her about the book, her creative process and what these past few years have taught her.

SDTC: What was happening in your life while you were writing Sparks of Phoenix?

NZ: I was finding my own voice and understanding how much power I had to rise out of being made to feel I was less and small and my voice wasn’t strong enough. It was borne out of my journey in life up until this point. You don’t just wake up one day and say, “I don’t have a voice,” or “I feel like I’m less.” I think that you go through moments in your life where you get it in little increments; you get it through your life experiences.

I’ve always said that I’ve been in search of a home, a place where I can feel loved unconditionally. That was a life struggle of mine. When you look for home in people or in places, you’re always going to end up homeless, because the real home is within you. Writing Sparks of Phoenix allowed me to build that home inside of me and say that just because I went through these experiences, just because I didn’t feel welcome in people’s lives or in different places doesn’t mean that I’m not worthy. It just means I was building my home in the wrong place.

This past year you’ve stopped wearing the hijab. Can you share what was behind your decision to stop covering?

I started covering when I was in Grade 7. I was very young. I was in Lebanon attending an Islamic school. It was a normal thing for women to cover. It was celebrated; you were [considered] a more faithful person, a good girl, if you do that. I wanted to look like my older sister who wore it. It felt very natural. I didn’t receive any judgment or hate because of it. I moved to Canada when I was sixteen, and it wasn’t something I was ready to let go of. I don’t recall feeling excluded because of it, because I don’t think I had the awareness and life experience to understand that sometimes people will treat you differently because you look differently.

Then, in my second year of university, I was on the bus and this older man kept staring me down the whole way. As he was getting off the bus, he looked at me and said, “You know, you’re in Canada. You don’t have to dress like that.” I just started bawling my eyes out. Ever since then, I would wake up every morning and say, “Do I want to relieve myself of this pain that people could cause me? And this judgment? Do I just take it off and relieve myself of that, or do I choose courage and say, ‘this is part of who I am and continue to wear it and be a good person and show the world that what I’m covered with doesn’t mean that I’m a bad person?'” I used it as a way to raise awareness and build my own resilience. I’m very grateful for it. I never look back and say I was oppressed when I was wearing it, because to me, it was a choice.

Last year, I was thinking about if someone were to write a biography about me one hundred years from now, and I imagined what that would look like. There’s a picture, and my name. When I saw the picture [in my mind], I wasn’t wearing my hijab. And it hit me: I don’t see myself the way others see me. The image I have of myself isn’t the image I project in the world. And I knew that I had to be more true to who I am and how I see myself. I had to make that transition because that’s the image that I saw, and all I needed to do was just take that step. I am not just a label. I was getting labelled that she is the first Muslim author to do something, she is the first Hijabi author to do something. And I didn’t like that. Because I wanted “She is a human, she is an author, she is an activist.” I didn’t want to be defined by that one label.

[There’s a] certain population of the community of people around me who belong to the Muslim faith (I’m not saying everyone in the Muslim community is like this) who want emphasis on the way that a woman dressed. They were putting more emphasis on the way a woman is covered than on who she is and what she’s doing for this world. I didn’t want that. I saw so much hypocrisy in that and thought, I don’t see myself that way, and I feel that my manners and the business that I’m spreading into this world are more important than the way that I dress. The Islam that I believe in sees the human heart before it sees anything else. All of these things together came with such intensity that I could no longer see myself covering the way that I did before. I had to do it, and I did. 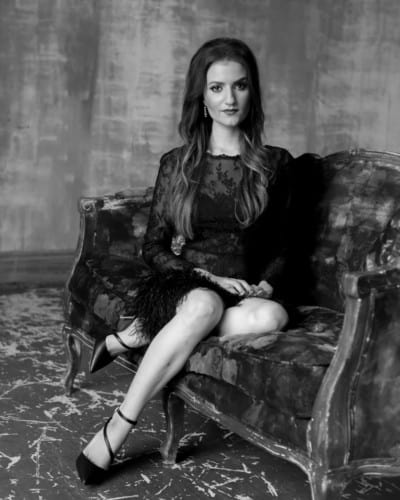 What have you learned about yourself throughout this?

I’ve realized that those constraints I put on myself are the ones that I allow to be placed on me. I can’t adopt a victim mentality and say, “Well, this is what I come from; this is what I was taught.” I have to be an active participant in creating that change for me and for others who are in the same situation. It’s easy to complain and fall into fearing the consequences of a certain decision. But how are we supposed to change the world for future generations if one person isn’t going to say, “I’m going to stop this cycle. I’m going to break this cultural norm or religious belief that just doesn’t make any sense to me”? I’m going to break it so someone after me can say, “She broke it. I can break it too.” Someone has to step up, and I feel that I have a responsibility, especially with this platform I have. I have to break these things for myself and to show others who are feeling helpless and hopeless—bound to these lessons or ways of thinking—to empower them to think for themselves. And have courage to say no when they need to.

What is the best thing about being your current age?

I honestly feel like I’m 150 years old. People always tell me [I’m] an old soul, and I really do feel like that. I feel like I belong in a different time. People get shocked when they learn I’m twenty-nine because they think I’m much older. Sometimes I get people messaging me saying, “I thought you were a poet who died like seventy years ago because of the wisdom in your poetry. I was really happy to find out that you’re still alive.”

The most fun thing about my age is that I feel I’ve accomplished so much more than I thought I would accomplish by this age. When I was young, I thought that I would be married with kids and have a stable job. Now, I’ve redefined what success looks like. I feel that taking a different path than the one that was expected of me has allowed me to know who I am. If you ask me, “Who are you?” I can answer that question. Before, my answer was trying to fit a certain image that I knew the world around me wanted me to fit into. Now, I know who I am as a person, I know what I stand for, and I know where I want to go in life. I have control over my life.

I don’t see myself as a famous person. I get that in little snippets here and there when I go places, but I don’t like being idolized. I don’t like being looked at as someone who is always positive that people will follow blindly. I feel that my role is to be human, and when I tell people to be authentic and embrace who they are—and embrace everything that they believe makes them unworthy—I’m not just saying that. I’m trying to live it. So when you look at my Instagram feed, it’s not your polished, planned thing. I’m not afraid to show people that I’m vulnerable. I’m not afraid to show them I’m having a bad day. This is something that scared me in the past, and it doesn’t scare me anymore.

My audience has seen so many changes. Last year, I used to cover, now I don’t. Now they’re seeing me in a new way and it takes a lot of effort to be myself when I have so many people criticizing me, but that’s not holding me back. I’m trying my best to live the message that I’m trying to send out into the world.

How does your poetry come together? Do you get ideas randomly in the shower?

They come to me all the time. When I get the idea for a poem, it could be anytime: the middle of the night, when I’m driving, having a conversation with someone. My process is to listen to my soul when it sends me a message. My most beautiful poetry comes to me in the most unexpected ways and I’ll get this visual in front of me, seeing something in a certain way—I know in ten seconds I’m not going to see it in the same way. So I have to sit down and write it; otherwise, I forget the true feeling of it.

The worst advice I’ve gotten is to look at writing and speaking as a side job, or something that doesn’t take priority in my life, because that could never be what I do. It’s heavily embedded in what’s expected of a woman to do, or how she should live her life, and how small she should stay. The best advice is just to do what I want to do with my life. It’s okay if I mess up because I’ll learn. It’s so simple, but its so liberating. Be yourself and live your life the way you want to. It’s so powerful when you put it into action. It’s allowed me to be myself and step into my own power and realize how much power I actually have.

What does it feel like to have an impact on girls who are following you?

It feels like such an honour to be someone that other girls can say, “I can be like her one day.” When I get these messages, it’s bittersweet. I feel sad because I know how difficult it is; I know the feeling. Then I feel happy because this girl is reaching out. She knows there is another way; she knows that there is hope. If there’s something she wants to change, that’s the first step.