It’s that time of year again to stuff ourselves silly with cupcakes for a great cause! Sounds too good to be true, you say? It’s not, we promise. Now in its third year, National Cupcake Day™ raises funds for the SPCAs and Humane Societies across the county.

To get involved, all you have to do is register at www.nationalcupcakeday.ca, gather supporters and get bakin’ on February 23rd.

Helping out animals in need while making, decorating and eating delicious cupcakes? Don’t mind if we do!

Winner will be announced on February 17th at 4pm.

Contest is open to all legal residents of Canada who are 18 years of age or older at the time of entry. 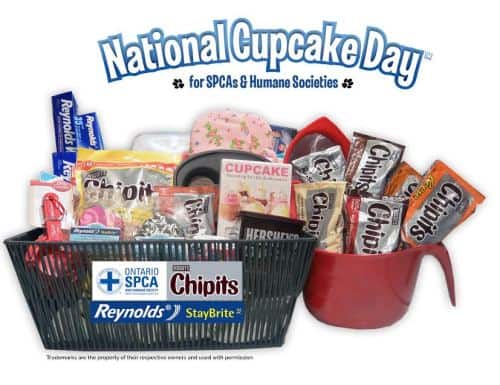 Holiday Pet Portraits in Support of Save Our Scruff Next Saturday

Boombox Is Back: TIFF’s Biggest Costume Party Returns For Halloween! (Use Our Promo Code)