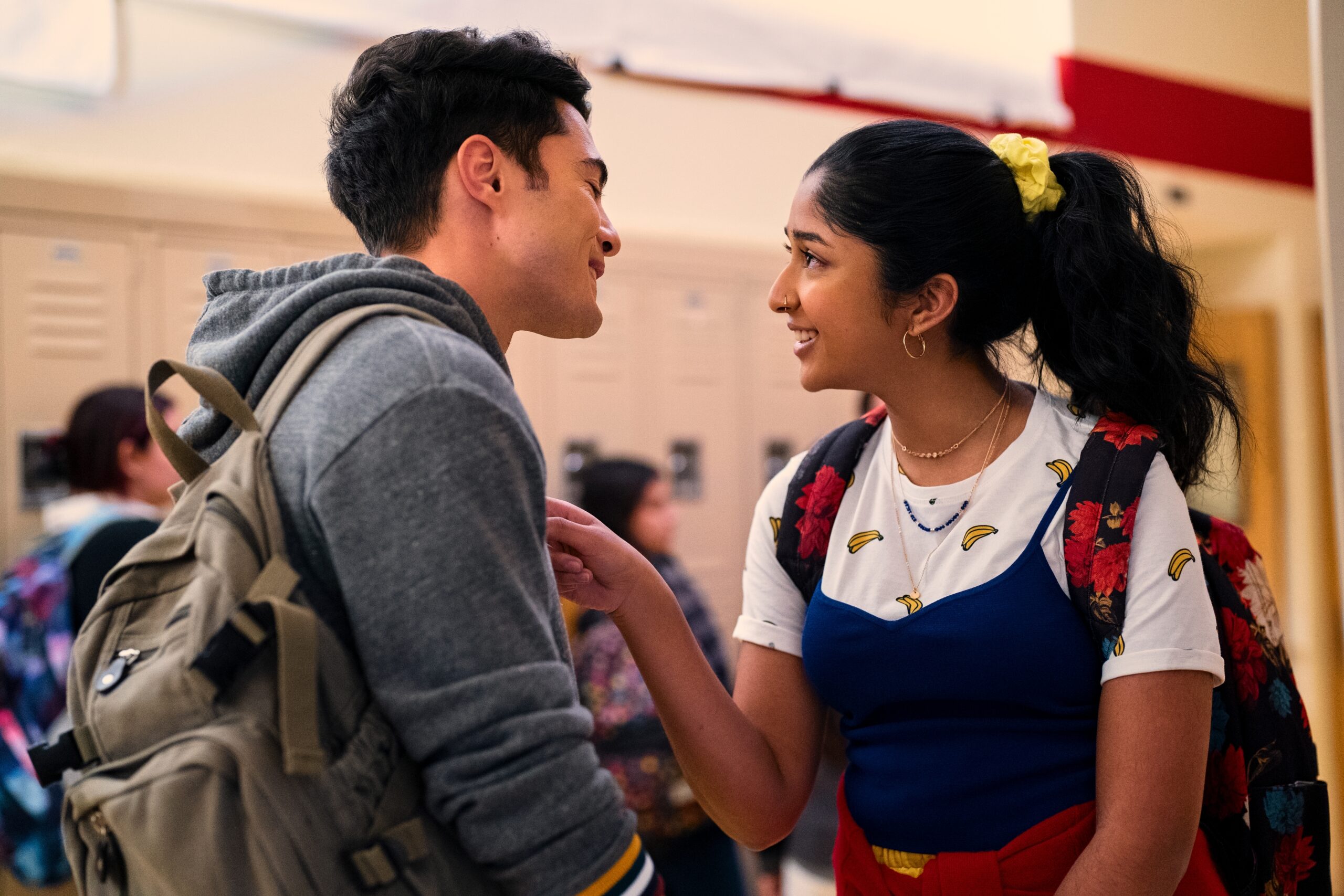 "Everything you think is going to happen? Just throw it out the window.”
Series

In the trailer for the third season of Never Have I Ever, we see our messy but lovable protagonist, Devi Vishwakumar, looking miserable in a party hat. Her therapist poses a question that might sum up the new season of the teenage comedy-drama: “Did we discover that being in a relationship doesn’t solve all of our problems?”

Mississaugua-born Maitreyi Ramakrishnan, who plays Devi, loves reading fan theories about Never Have I Ever online. But so far, she says no one has predicted the twists and turns that come in season three. After two seasons of pining from afar, and doing all of his homework at one point, Devi is finally in a relationship with Paxton, the most popular boy in school she’s been crushing on for years. “We get to see Devi enjoy something that she’s wanted for so long,” Maitreyi tells me. “So in that way, it was like, wow, good job Devi, you have a win for once. You’re not absolutely messing things up, or Devi-ing things up. So it was nice to play that.” 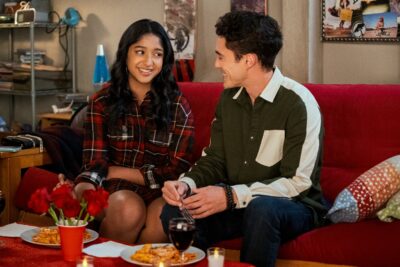 Devi has been slow to learn from her mistakes over the seasons, often making one questionable choice after another, and becoming well-versed in dramatic apologies to her family, friends and love interests. So, the confident and happy Devi we see strolling into school hand-in-hand with Paxton is a change from how we’re used to seeing her, for sure. “We got way more makeout scenes,” Maitreyi says. ”That’s definitely a switch up.”

But as expected, it isn’t smooth sailing from there. Right off the bat this season, Devi endures slut-shaming from the popular clique of girls at her school, while still sorting through mixed feelings about having sex, and a bunch of other insecurities that come up in her new relationship. And when the season’s new character, an Indian boy named Des, catches her eye, things get even more complicated. 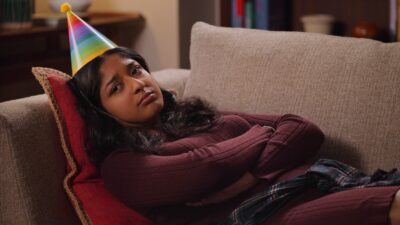 There to support her through it all, while navigating some changes in their own love lives, are her best friends, Eleanor and Fabiola. Three seasons in, Maitreyi still loves filming the scenes with Devi and her besties — having the girls support each other and listen to each other’s drama never gets old. 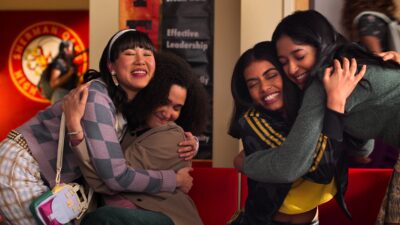 The most moving and hard-hitting aspect of the show has always been Devi’s ever-changing relationship with grief. After her dad died, we see the different and sometimes unexpected ways the pain of losing him comes out in Devi’s life. This season, her grief evolves from the raw anger and hurt we saw in Season 1 into something a bit more subtle. At one point, she worries that this means she’s forgetting her dad.

“She’s realizing she’s growing — not that she’s forgetting him, not that she loves him any less, she’s learning to move on and be able to let go in a peaceful way, which I think is really beautiful,” Maitreyi tells me, adding that she gets intensely focused whenever she’s preparing for a scene involving Devi’s dad, striving to portray the complexities of Devi’s grief. “I’ve had fan interactions with people old enough to be my own parents coming up to me saying,  Thank you for helping me tackle the grief of losing my own parent.” 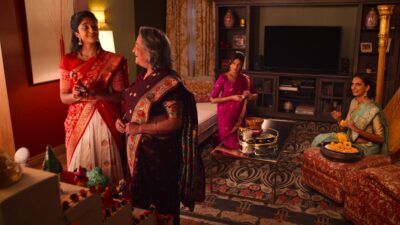 This is just one way that Never Have I Ever has deeply resonated with viewers since first premiering in 2020. The show has been highly praised for its authentic representation of South Asian families and culture. It’s impossible to measure the impact of young audiences seeing themselves represented on screen in a leading role, and witnessing fans express this sentiment is a moving experience for Maitreyi.

“I love seeing people say like, oh my god, it’s so awesome to see someone that looks like me,” she says. “That is just so much for my heart to take.”

Never Have I Ever has already been renewed for a fourth and final season. As Devi heads into her senior year, there are so many questions still unanswered. But for now, as the third season drops, Maitreyi hopes the fans enjoy the wild ride that is ahead.

“Expect a lot more of everything. And everything you think is going to happen? Just throw it out the window.”

Never Have I Ever Season 3 is streaming now on Netflix.

"Everything you think is going to happen? Just throw it out the window.”