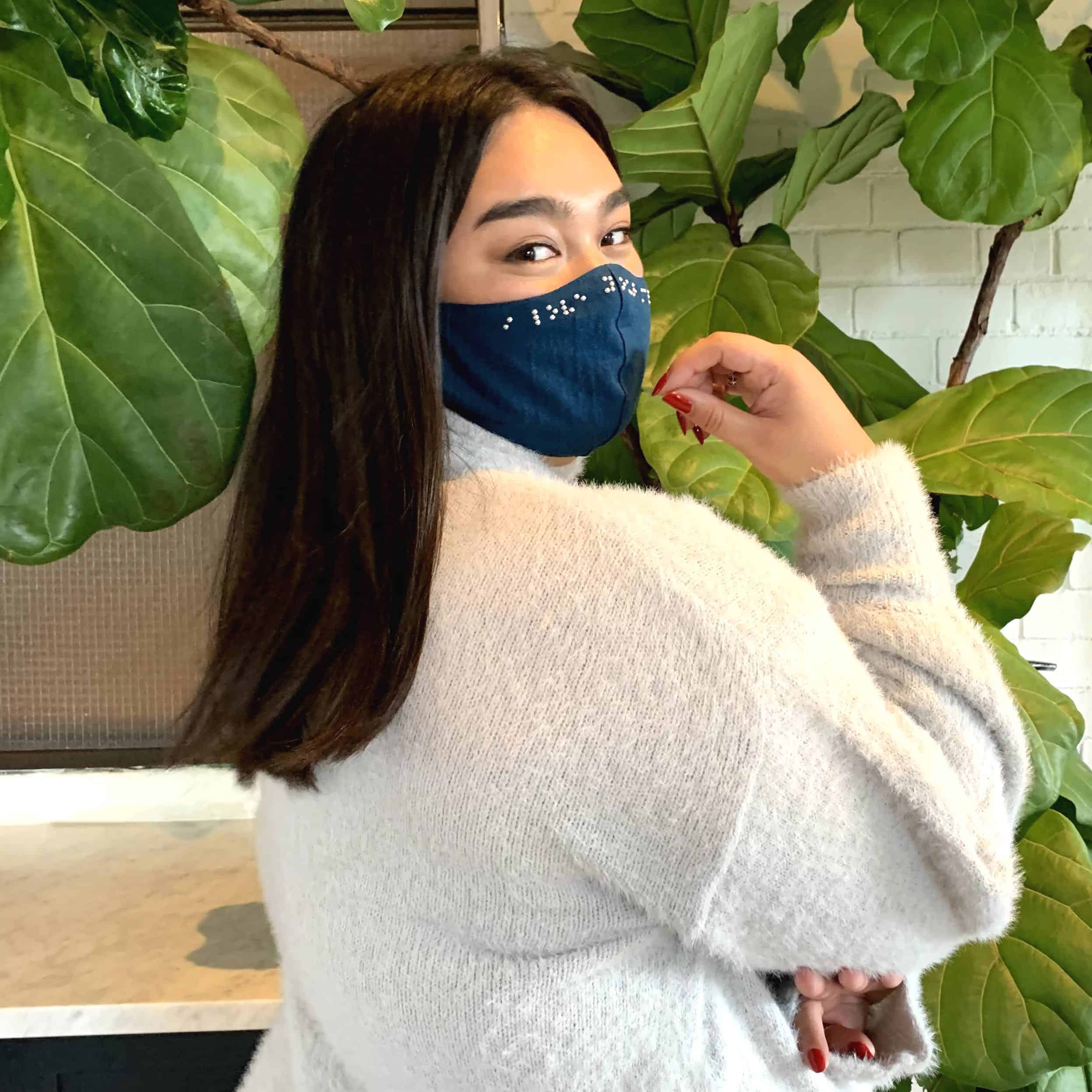 Designer Alexa Jovanovic believes that good fashion shouldn’t exclude anyone, which is why she set out to create a clothing label for the visually impaired that uses braille as a design element.

After graduating from Ryerson’s School of Fashion in 2016, Jovanovic spent time working closely with Dr. Ben Barry, Chair and Associate Professor of Equity, Diversity and Inclusion, who she credits for helping her establish her path. It was during this period that she began growing her relationships within Toronto’s blind and visually impaired community, and learning about the unique challenges they face. 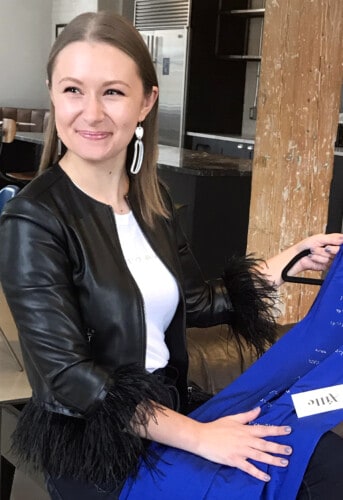 For Jovanovic, inclusivity is the only way forward, and the direction the industry must commit to moving in. She named Aille Design (pronounced: eye) after the French verb Aller, or to move forward. But there’s another tie-in to the name too: “The French name also pays homage to Louis Braille. He is the founder of braille, which originated in France,” she shares.

Her collection and ideas were instantly well received and Aille was accepted into Fashion Zone, or Ryerson’s business incubator designed to help accelerate growth for fashion startups.

Since its launch Jan 2020, Aille has received press in FASHION Magazine, CTV News, and Breakfast Television. It’s no wonder: the collection’s simple and striking design has significant meaning.

Using Swarovski crystals, Jovanovic creates messages in braille on every piece. “The beaded phrases communicate clothing characteristics such as colour, fit, textiles and are content to allow blind and visually impaired braille readers to fully envision the garment,” she says.

The “Fashion is for Everyone” t-shirt says just that in braille, and comes in a gender neutral style, with 8% of all profits donated to Fighting Blindness Canada. The Aille scarf shares the message written “Stay Warm”, and for the holidays, Jovanovic has partnered with fellow Toronto designer Felicia Burke of iLoveYourMask, to create a Swarvovski beaded mask that reads, “Chin up, mask on.”

Aille is beautiful fashion built with the visually impaired and blind in mind, but designed for everyone. View and shop the full collection here. Follow Aille on IG at: @ailledesign. 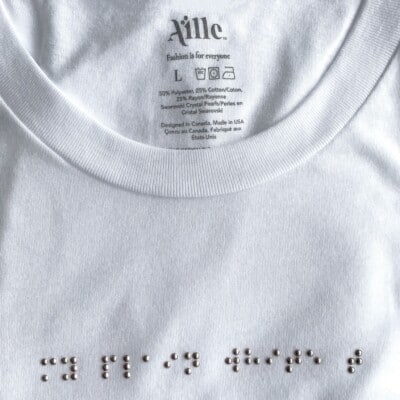 Order a #BagOfToronto to help support small businesses in your neighbourhood Posted on November 16, 2020