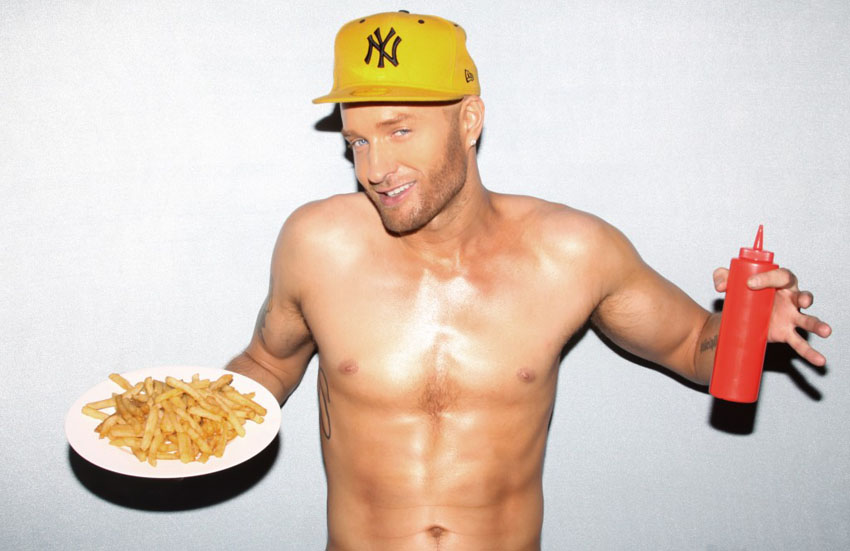 I’m sure he’s more then established in NYC, but for anyone who this is news to, kindly keep your YouTube locked on Cazwell’s new video “Ice Cream Truck” for at least the remainder of the summer. Cazwell is like a non-violent Eminem mixed with Riff Raff (MTV’s G’s to Gent’s season 2, look him up), Britney Spears, and the entire Party Monster cast. Actually, if Riff Raff were gay, I think Cazwell would be his soul mate. His best known online antics are the videos “I seen Beyonce at Burger King” and “All Over Your Face”. And I’m sure he ain’t talking about ice cream.

His new single “Ice Cream Truck” samples what sounds like xylophones, of course the ice cream truck song, and features gorgeous primped boys dancing around in hot pants and tighty whities, licking rolled blunts, freezies, cones and popsicles. Just pure catchy dance-worthy fun. They are oiled up, seductive and flirtatious, and it’s nice to see guys booty popping in a rap video instead of girls for once.  Guys have nice asses too, okay! And they sure know how to werk.

In addition to hosting and dj-ing several nightlife events in NYC, a while back Cazwell was part of the True Colours tour, which stopped in 15 cities all over North America. The True Colours tour was hosted by Margaret Cho and featured guests like Rufus Wainwright, Indigo Girls and Cyndi Lauper as the headliner. He’s opened for Lady Gaga and appeared in her “Just Dance” video. He has a creative partnership and friendship with transsexual icon Amanda Lepore and produced and wrote tracks on her upcoming album “I…Amanda Lepore”, not to be confused with “I Am…Sasha Fierce” by Beyonce (just saying, might wanna check if it’s been done…). “Ice Cream Truck” ends deliciously with a free-style dance circle and whipped cream on a guy’s pec, only to be wiped off to expose a tattoo – the word “Cazwell” in script just over his (shaved) nipple. I love nipples almost as much as I love whipped cream.