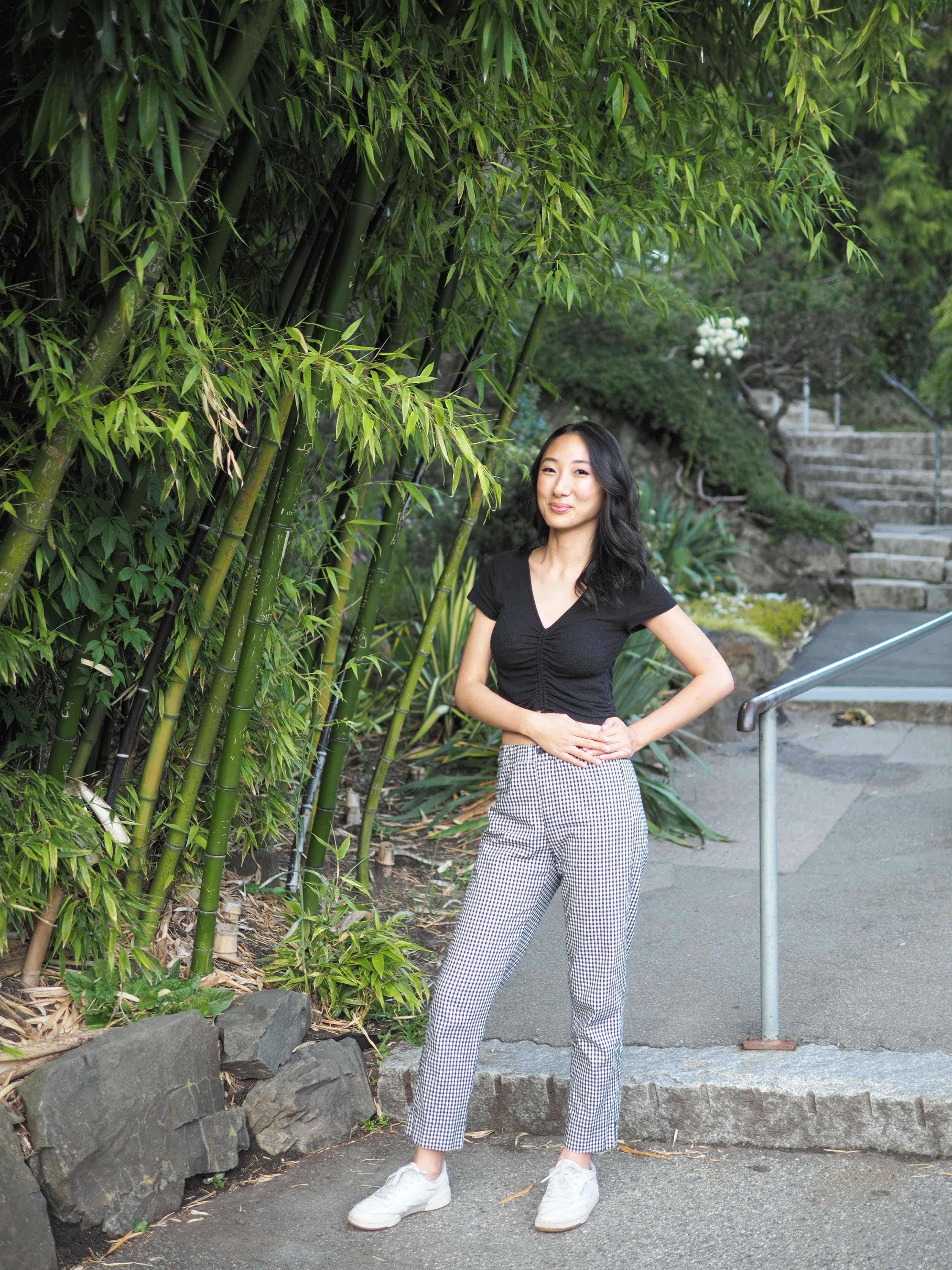 Born in Shanghai, Andrea Jin moved to Canada at age of ten, teaching herself English through watching sitcoms and stand-up comedians. Now 24, the stand-up comedian is in her ascendancy; she made it to SiriusXM’s Top Comic Finale at JFL42 last year, and will be taping her debut album at the end of the month.

But greater success means more exposure; and Jin has had to develop a harder edge. Branching out of metro Vancouver, Jin has recently performed at venues in smaller, more conservative towns in Canada and the US that aren’t necessarily receptive to her brand of raunchy, direct comedy.

Jin feels that political tensions between China and the west may be coloring these interactions. “I’m not China,” she says. “I’m not hurting anyone; but they associate [China] with me. I see videos circulating online, with this sentiment that Chinese people are taking over, that they’re stealing opportunities and jobs. It doesn’t make sense, because everything is still the same. But people don’t understand that, they take out their aggression on Asian people that they see everyday.”

“One town [in the States] was very openly pro-Trump, very conservative.” Jin was the first one on the bill. “I felt like it was shocking [to the audience] for me to be opinionated,” remembers Jin. “And I felt like they wanted me to address being Asian. If I don’t, it’s like I’m holding a big stuffed animal and not saying anything about it.” Jin decided to carry on with her set, hoping that she could just talk to them like a person. “But they [didn’t] see me as a person. I realized I can’t just be a regular person in a town like this. I’m more Asian than I’m a person, I’m more a woman than I’m a person. Because that’s all they see.” After a man in the front began to heckle her, she took him to task; calling him out in front of the crowd. “It was working,” she says, “because I think people respect a level of confidence if you double down.” This assertive attitude was borne out of repeated similar experiences; where before Jin may have brushed off racist and sexist remarks, she’s no longer willing to take it lying down. “Before this, I was very soft-spoken. I tried to not overstep. But I’ve had to change the way I deal with situations like that.”

Jin makes a conscious effort to not convey stereotypes in her comedy; “even though it makes the crowd happier sometimes,” she says. “You’re making people laugh at the expense of Asian people, and coming from an Asian person, that makes them think it’s OK to think this. Stereotypes are more easy to understand than trying to figure someone out as a unique person,” she says. “Its made me more thoughtful of what I’m saying. Because what I’m saying is representative of my community, and myself. It’s a lot of pressure.”

Leading up to her album taping, Jin has been busy perfecting her current material and adding new stuff. She’ll go through periods where she gets blocked creatively; it’s then she has to make a conscious effort to put herself in some new situations. “Often, if I do get into writer’s block, it’s because I was staying home too much and being too normal. So last weekend I did something I hadn’t done in years; I went to a club with my friend, and then I had all these new ideas. You’ve got to just live your life and trust that something will come.”

Her album will cover her immigrant background, her family, coming into her own, moving out, dating and more. It will delve into the tensions that she felt as she grew up an immigrant kid in western culture. “I think when I was 15 I started thinking (and dreaming) in English. I think I was ashamed of my Asian identify for a bit, because there were no role models [in entertainment] to look up to. I always wanted to be an entertainer, but didn’t think it was possible because of my race.” It wasn’t until Jin entered business school that people told her she should just do what she wanted to do.  This awakening corresponded with the growing popularity of comedians like Margaret Cho and Ali Wong and the rise of social media as a performance platform. “I started to discover who I am, and I learned to embrace it,” she says. “With social media, you see more of a range–it made me think this is possible.”

Listen to Andrea Jin’s podcast, I f****d up with Andrea Jin, here.