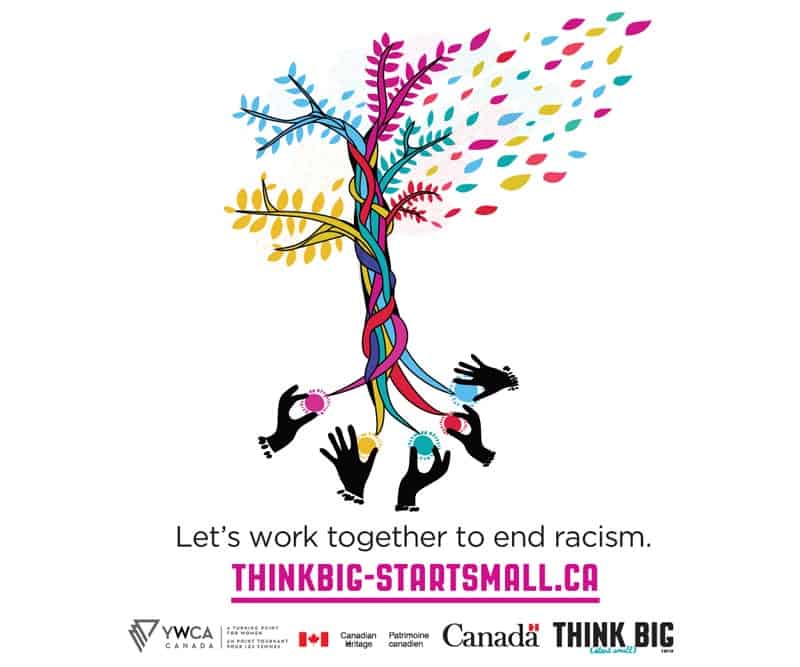 March 21st is the Day of Elimination of Racial Discrimination. This date marks the historic atrocity that occurred on March 21st in 1960 (just a couple of decades before we were born), when police opened fire and killed 69 people at a peaceful demonstration in Sharpeville, South Africa. Today, we remember that tragic historical event, consider other distressing moments in time, and acknowledge that, sadly, there are still wars being waged all over the world that are rooted in race.

We might not live in a war zone or a politically volatile country, but racial discrimination and profiling still takes place all the time. Have you ever seen a coworker discriminated against because of her ethnicity? Have you ever wondered if you were passed on a promotion based on the colour of your skin? Does your boss make uncomfortable remarks about your culture? These aren’t nice things to think about, but racial discrimination is not uncommon—even in Canada. Sometimes it’s difficult to spot, and while you may have a sick feeling in your stomach, pinpointing a particular example of discrimination can be both challenging and scary. Your gut tells you something isn’t right, but how do you prove it?

Today, YWCA Canada and Shedoesthecity challenge you to think about racial discrimination in the workplace. Let’s make today a new starting point wherein we acknowledge that current problems still exist, and remember that we have a choice to act up if we witness or experience inequality.

Below is a list of how the law identifies racial discrimination in the workplace; but beyond these points, we have seen discrimination happen through what is disguised as harmless teasing and humourous racial slurs. It doesn’t matter if it’s meant to be funny—it isn’t! It’s unacceptable, unfair, and incredibly damaging.

Refresh yourself on how the law defines racial discrimination in the workplace:

– Failing or refusing to hire an employee based on their race

– Firing or disciplining an employee because of their race

– Failing to provide benefits, promotions, or opportunities, to an employee because of their race

– Improperly classifying or segregating employees or applicants by race

PROTECT YO’SELF: Get a Convenient HPV Vaccination Right at Your Pharmacy! Posted on October 9, 2018

#TrustYourGut: Getting Relief From Constipation Posted on February 12, 2018

5 DIY Projects I Did With My Fujifilm Instax Square Printer In One Week Posted on December 18, 2017

No Wrapping Required: Put Beau’s Lug-Tread On Your List This Holiday Season! Posted on December 1, 2017

You Cannot Recover From Addiction on Your Own: In Conversation with a Rehab Facility Posted on October 11, 2017