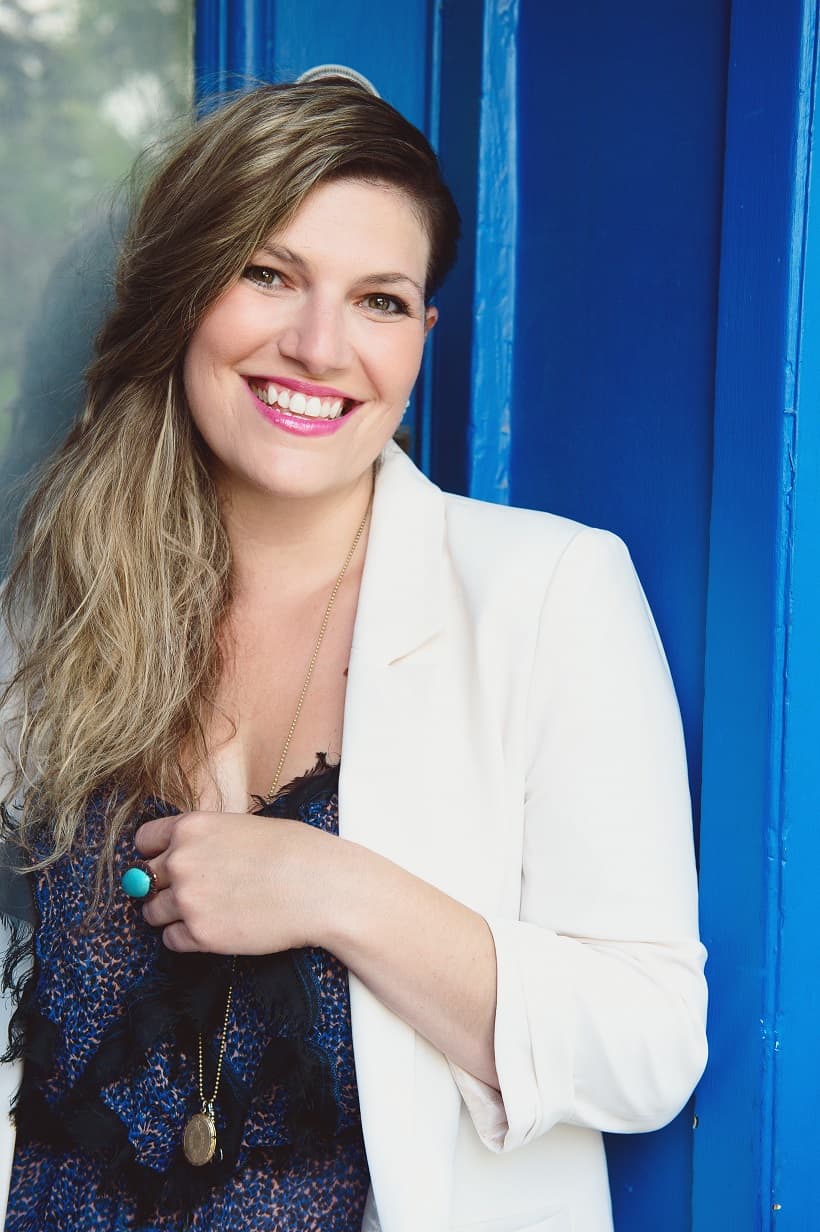 Toronto Fringe Festival is a trove of incredible theatre. We’ve chosen some of the best playwrights and directors from this year’s festival to find out what makes them tick, and what you can expect to see this year.

For this installment, we spoke with writer of Bright Lights, Kat Sandler.

KS: Bright Lights is dark comedic snapshot into an hour in the life of an alien abduction support group after its leader is accused of being an alien. The members of the group – a religious expecting mother, a conspiracy theorist with daddy issues, and an alcoholic ex-child star – put him on trial for his literal humanity. It’s kind of a comment on the absurdity of our justice system, and an examination of the way we as a society treat the idea of belief; how do our personal beliefs affect whether or not we believe something or believe in something. How do we decide who to believe and what do we base that on? So…all that, shrouded in ridiculous fast-paced fun.

What led you to come up with the concept?

Ultimately, I wanted a concept that our cast and crew could really jam on. My plays are always developed really collaboratively, often for and with the people who are cast, and I really got a dream cast of performers I admire (I’m a huge, idiotic fangirl for both Morro and Jasp and Peter n’ Chris, and I love working with Colin Munch). We all have very different styles that might end up gelling well. And they all said yes, the idiots.

So I thought, what’s an inherently interesting situation for these guys to be in, that has a lot of opportunities for conflict and humour? I just wanted to do a clown or sketch show, and they all wanted to do a dialogue-heavy, fast-paced play. I think we landed somewhere in the middle.

I started with the idea that it would be neat to see these performers in a very realistic setting, something serious – maybe a boardroom meeting, or a support group. I must have been Googling some crazy stuff on the internet that day because I came across some websites for “experiencers,” people who believe they’ve been abducted by aliens and have come back with a tale (or truth) to tell.

I really went down the rabbit hole; the entire culture is fascinating – there are so many accounts, not just of people’s experiences but of their struggles to be believed by society. The whole thing reminded me a lot of some of the highly publicized trials that had happened in the news recently, with each side having arguments for and against, and putting victims through the ringer of difficult questions, proof-finding missions and credibility checks. By the end of the day, I still hadn’t picked a side – which I thought would be a really nice idea to play with in a theatrical setting, and because it’s Fringe, and Fringe audiences are used to things getting nuts, I knew we could go as crazy with it as I wanted. 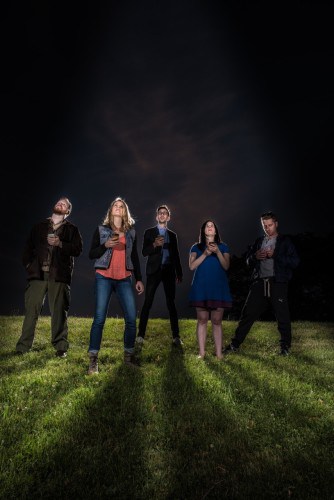 What was the most challenging aspect of this project?

I had started with the idea that a bottle episode play would be really fun for Fringe. So, all of Bright Lights happens in real time, with no scene beaks, all five characters onstage for the whole show, talking pretty much constantly, very few cues, and almost no set. What could we do with that? A lot, as it turns out. Balancing madcap humour with courtroom logic and heart, and keeping five distinct characters talking distinctly, ALL THE TIME, and telling a story that makes sense and gives each character a basic arc, doing a trial, throwing a couple fights and some decent one-liners in there, and doing it all in less than sixty minutes was perhaps a little bit ambitious. But it was and is really, really fun to try.

Getting to hang out constantly with five brilliant performers and a dream team that I admire tremendously, and letting each other into our creative processes to build something together. We really tried to create an open environment where the play was flexible. We’ve changed it so much from the first day of rehearsal to create something that is a mix of our styles, and talked through a lot of the heavy stuff behind the comedy of it, which was really necessary and grounding. I have never been part of a rehearsal process with more jokes being thrown around the room, often that have nothing to do with the script. I’ve also never eaten this many potato chips.

I want them to be entertained. That’s always it. Audiences are giving me a whole hour of their life, so I want to give them something exciting. I want to give them what I’d want to see in an hour; something fast, funny, with heart and an interesting debate at its core. I want people to walk out of the theatre laughing, arguing, and pumped for a beer and another show, because that’s Fringe.

Do any aspects of the play resonate with you personally?

A whole bunch of my aunts and uncles work as lawyers, and my grandfather was a judge, so I’ve been fascinated by law since I was a kid. I’ve never understood the subjectivity of the rules, or how some could be broken or twisted based on circumstance. The ridiculous trial aspect of Bright Lights is a part homage to my family, our dinners where we sit around and argue just with the most insane logic, attempting to win at any cost, and part satire of how we see and use the law in society.

The characters in Bright Lights are not the sharpest tools in the shed, and they definitely don’t understand the law fully, but they have a kind of beautiful idiot logic to them that I think reflects parts of the way we practice law today, and the impact it has on individuals. I wanted to see what would happen if you changed the rules of a trial. What if you couldn’t tell who was telling the truth because the rule of the group is that you believe everyone’s story?

I’m also very interested in how our belief systems differ, person to person, culture to culture. My father is Jewish and my mother is Protestant, and although I wasn’t raised religiously, I definitely grew up understanding that you could believe in one or the other, or the two at the same time, or nothing at all. In the same way, one person believes in God, another believes in aliens, but how does each person use their beliefs in their day-to day life? And why is one thing more valid than another, if we can’t prove either of them? I think it’s so interesting how we choose to justify our actions as humans.

I think this is all in there, somewhere, covered lovingly in silliness.

Bright Lights is running at Tarragon Theatre Mainspace until July 10. Get your tickets here.