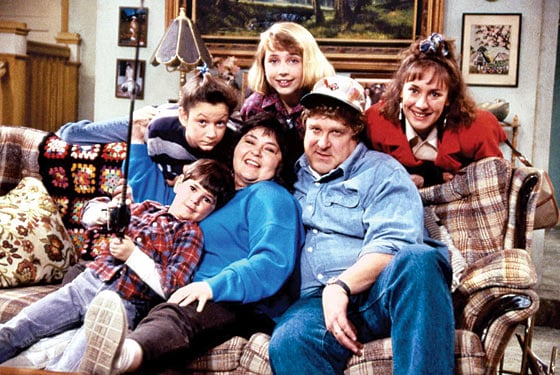 My family holiday experience is like National Lampoon’s Christmas Vacation meets A Muppet Christmas meets Saving Private Ryan, but in this case the ‘Ryan’ we’re saving is a turkey who refuses to be adequately basted. And our relationships with each other are admittedly a lot less stable than the bond between Tom Hanks and Matt Damon.

For some, the holidays are for sharing joy and merriment. For me, they’re for singing off key at church, being forced to empty my bank account via the purchasing of unnecessarily elaborate presents, and attempting to prevent the third world war.

If I leave my mom’s house on December 26th alive, talking to her, and not officially disowned, I consider that one hell of a Christmas miracle! There have been many a time when I wasn’t so sure I would be invited back to my childhood home the following year. One year, it seemed that an argument over how to properly hang lights could be the end of my having blood relatives. I’ve also thought that if I have to listen to one more person tell me how much they adore Stephen Harper, I will take this salad fork and stab myself in the eye.

Now, I know you’re probably thinking, “Jess, this sounds rather dramatic,” and “doesn’t everybody have weirdo loved ones to an extent?”  You are correct on both accounts but I can guarantee that my family would win the crazy, unreasonable, yell-y behaviour award in a landslide.

Let’s just say that if we were the stars of a reality television show viewers would NOT be disappointed; they would definitely be terrified. See, I was always taught that if I couldn’t find something I should scream at the top of my lungs until the object in question came to me, and this is how my sister, my mother, and I operate during the holidays. We scream until the job is done. Do we HAVE to scream? No, but it’s a tradition and what is a holiday without the tradition of everyone sobbing uncontrollably at least twice?

The prep for the dinner portion of the evening is stress-inducing, exhausting and often leads to the throwing of sweet potatoes, but what typically causes the most anxiety is the GIFT EXCHANGE. Something else I was taught as a kid is that the saying “it’s the thought that counts” is pure, utter bullshit. It is not about the THOUGHT, it is about how much money you spent on the thought and how clearly you can inform everyone that you spent x amount of dollars on said thought and if they didn’t dish out an equal stack of cash for their thoughts THINGS ARE GONNA GET REAL UNCOMFORTABLE REAL FAST.

How do we communicate the monetary value of our super “thoughtful” presents? Either by including receipts (regular receipts, NOT gift receipts  -what’s the point of those?), stating the exact number in a “sarcastic” tone that isn’t sarcastic at all, or casually comparing it to something else in the room that has a similar price tag. For example, “You like that sweater? Good! When I saw it, I was reminded of this high-definition television in the sense that they both maxed out my credit card.”

After present opening is complete, we all share a warm hug, shed a happy tear, and retire to our rooms where we immediately look-up the actual cost of the gifts online. And if that bottom line is not what an individual claimed it to be, you better believe that notes will be taken, grudges will be held, and passive-aggressiveness will be passively-aggressed.

I should have mentioned at the beginning that my family is not wealthy, not in the slightest. To give you an idea of our level of income, our home looks like the setting of Roseanne, in that none of the furniture matches and appears to have been collected from street curbs in the 60’s. In this metaphor, my sister and her husband are Dan and Roseanne, our mother is their nutso mom, and I’m Jackie. Reliably single. Too sassy for long-term commitment. Sleepin’ with dudes who resemble young George Clooneys. Endlessly changing careers. And using my sister’s home as if it were my own even after she has requested that I leave.

And to give you even more context about how not needed this pricey mirror table was, within our kitchen there was a broken stove, a dishwasher which sounded like a cat dying when in use, and a sink that was in a perpetual state of clogidge. My sister recognized the issue here, and felt like the money could be used in a more practical way, like purchasing a dishwasher that didn’t give her nightmares.

So upon opening the mirror table and recognizing the costly piece of furniture she had once casually called “kinda nice” in conversation with our mother, she instantly said:

“This is too much. We have to return it.”

My mother responded; “If you’d prefer that, go ahead. I just won’t buy you any gifts ever again.”

“Don’t you think you’re overreacting?” my sister replied. “This is very kind but it’s too expensive.”

“That’s fine,” said my mom. “I won’t be eating dinner with you tonight.”

“I won’t be eating with you either,” she fumed, and then she got up from the couch, exited the room, and did not engage with us for the remainder of the afternoon.

Of course, the silent treatment could only last so long until the cranberry sauce/gravy/multiple pies landed on the dining room table and came a knockin’ in her nose. She eventually departed from her boudoir and joined us for a feast of awkwardness like no other. No apologies were provided but there was a healthy amount of rage-filled Pass-the-Salad‘s and it ended up being a beautiful night.

We ate mashed potatoes and munched on beans and drank wine and drank wine and boy did we drink wine and by “we” I mean “me.” I was, as per usual, the only hammered one at the table, until my extended family arrived with a few more bottles of vino and then we were off to the intoxicated races, my mother leading the charge with her one glass of red, and all being “forgotten” about a table or mirrors, that my sister kept out of fear and which will haunt us for the rest of our lives.