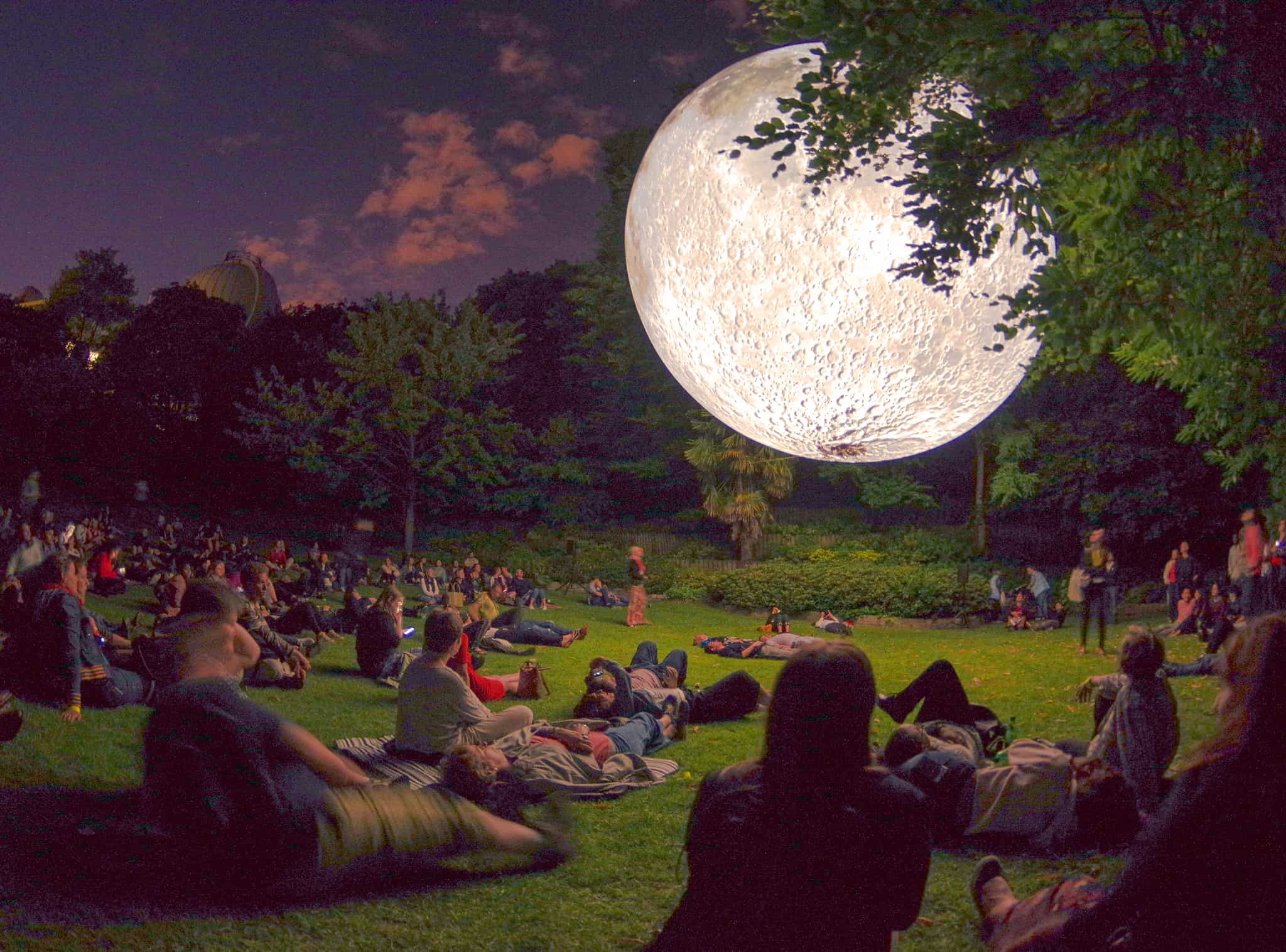 Our Pick of the Week: Museum of the Moon

Moon gaze like never before this week underneath the Gardiner Expressway!

From September 10-15, The Bentway (250 Fort York Blvd.) will transform into an open air planetarium with a presentation of the Museum of the Moon, a seven-metre wide touring sculptural work by UK artist Luke Jerram that allows visitors to get up close and personal with the Earth’s moon. The sculpture features detailed NASA imagery, with each centimetre of the sphere representing five kilometres of the moon’s surface.

The week will be jam-packed with activities for all ages, including nightly moonlight meditation sessions with the Consciousness Explorers Club, astronomy talks, and screenings co-presented by the Fort York National Historic Site and National Film Board of Canada. The festivities will culminate Saturday night with Moon Merge, featuring a live podcast recording by Pondercast host Laurie Brown and Juno-nominated electronic composer and musician Joshua Van Tassel; a sing-a-long led by Choir! Choir! Choir!; a performance by Bernice; and a silent disco set by Halifax’s Rich Aucoin.

The Museum of the Moon will be on display nightly from 6 p.m. to 11 p.m. Admission is free.