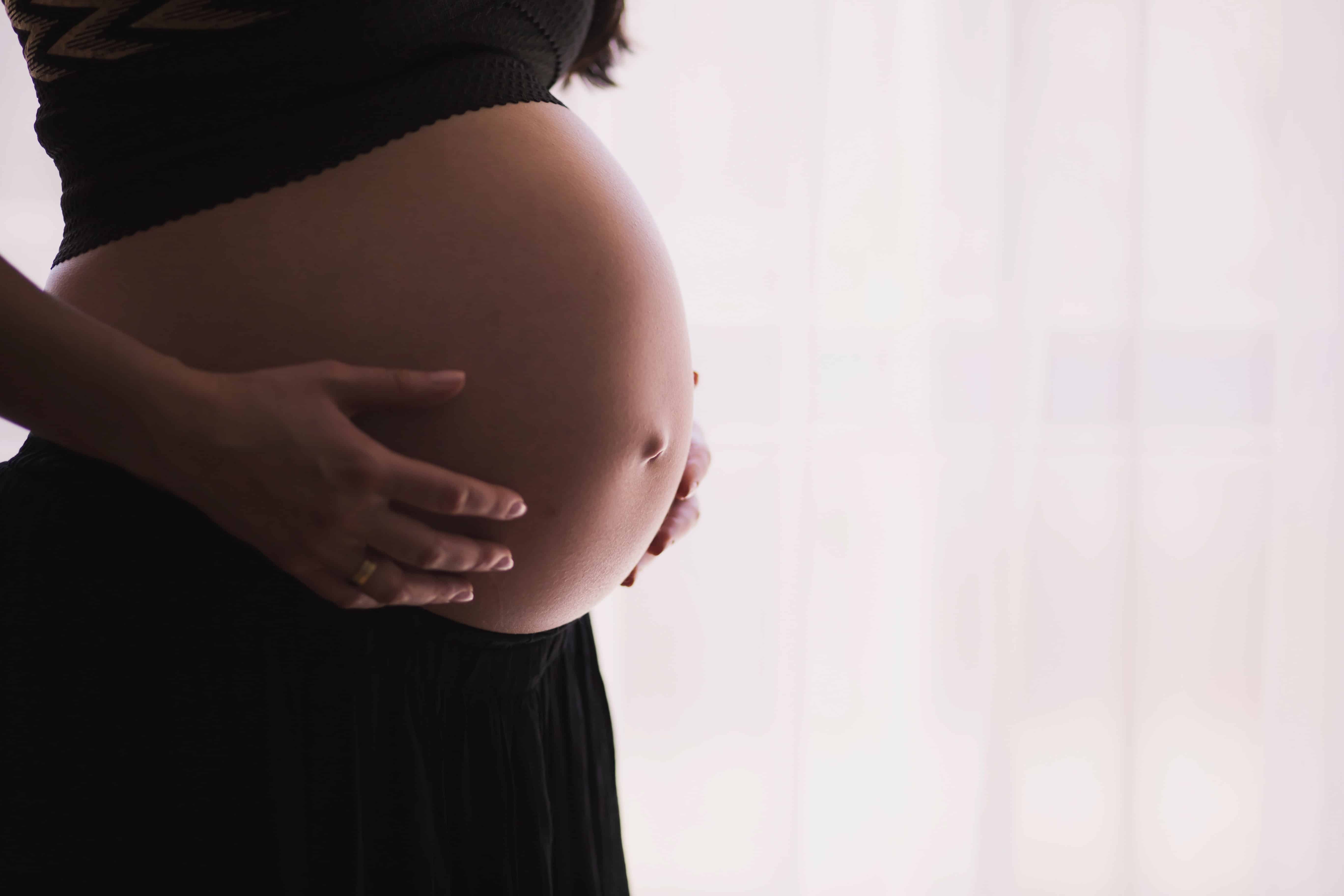 Panicking for Two: Navigating Pregnancy During a Pandemic

I am 30-weeks pregnant and trying like hell just to breathe. Though this will be my first child, this is not my first pregnancy.

My last failed pregnancy was in the fall of 2018. Not only did we lose that baby; I almost died. I spent two months in hospital recovering from the event physically after severe complications due to a ruptured ectopic. Once out of the hospital, I was then faced with the seemingly impossible task of recovering emotionally. I’m not even sure that I have.

My anxiety—about having a healthy full-term baby, about both of us surviving birth—has been ever-present. Now, of course, it is compounded with the swirling uncertainties and fear that come with a global pandemic.

Truth? I have been rattled from the second I saw those two lines only seven months ago, before the country went on lockdown and Purell became something of a black market score. After multiple losses and stretches of infertility my pregnancy does not elicit feelings of joy and anticipation. It makes me nervous, puts me on edge, and stirs up a typically dormant generalized anxiety disorder that’s otherwise pretty well managed.

I think back to the first six months of this pregnancy, where I solemnly swore off…. everything. No caffeine, no rigorous exercise, no chemical aerosol sprays, no soft cheeses, and no raw food whatsoever. I Googled everything before I consumed it or as I felt it: “Is chamomile tea dangerous for pregnant women?” “I have a toothache, could this be a miscarriage?”

Despite the undercurrent of paranoia, in the early stages of this pregnancy I was wholly content with the idea of stretch marks, sleep loss, hair loss, hormonal acne, and all of the other things that make pregnant women look and feel like shit. I didn’t care if we were going to have a boy or a girl as long as we had something with a heartbeat in nine months to feed, change, and fuss over. I found myself wincing when talking to other pregnant women about the things causing them distress; the themes of their baby showers, or the fact that they really wanted to use the names Ashlyn or Hudsyn or Everlylyyyn, but their significant others we’re being “sooooooo unreasonable.” I had very little patience for what I considered to be petty concerns.

Secretly, and shamefully, I resented the other pregnant women I knew who were just bopping along merrily, welcoming each trimester as it came. I felt self-righteous and superior because all I want is a healthy baby while everyone else seems to want a ”babymoon” in Turks and Caicos. I almost couldn’t bear to look at other women who were literally gliding through gestation.

Sometimes the resentment would get to be too much that I’d sit there and wish that just for a second all of those buoyant mothers-to-be could know what it means to feel truly terrified; for them to also wake up in the middle of the night saddled by the weight of uncertainty, wondering when their bump would eventually deflate leaving their arms empty and their hearts shattered again. Let’s see how gleeful they would be if they too had to hold their breath for nine full months, I thought to myself, blue in the face.

But as the old saying goes, one should always be careful what they wish for.

Today, as I write this from my kitchen table — having just been written off work from my job in essential health-care services for reasons related to this virus — I find little comfort in knowing that I’m no longer alone. I am only just one of millions of fear-riddled women who are waiting to see what comes next. Now, baby showers are being cancelled around the world, themes be damned. Pregnant women have stopped gayly declaring “Team Blue” and “Team Pink” and are, like me, simply hoping for access to their OBGYN as their deliveries loom in the distance. I never thought I’d say this, but I miss the good old days when the fears were my own and panic was a ritual practiced only in private.

Unlike the wealth of information one can uncover online about the grave dangers of Valerian root and salmon sashimi, there is very little online in terms of research regarding this novel strain, and its implications for pregnancy and birth.

At present, we’re already seeing contradictions. On the one hand, Health Canada has not deemed pregnant women to be “high-risk” categorically, but on the other hand they will specify that we are more susceptible to the common flu and cold so we must be vigilant! Add to this reports that COVD-19 looks, feels, and is transmitted like that same common flu or cold we should be so guarded against. So what gives? Are we in trouble or not!?

It’s hard to remain calm when L&D wards are implementing restrictive new protocols that are quickly dismantling carefully crafted birth-plans. Take for example some of the hospitals in New York, who last week declared that not even spouses could be present during the birth of their children, leaving mothers to labour alone. This week, it was announced that the decision has been temporarily overturned, now permitting a “healthy” second parent to be present in the room. But that’s today, tomorrow could look different again, and this flip-flopping speaks to the general tenuousness of the times.

If you are one of the lucky few who has managed to maintain a semblance of serenity through all of this, I applaud you. In fact, I admire you. I no longer wish for you to feel what I feel, even if only for a second, because what I feel is truly unbearable. Being greeted at my last appointment by nurses in outfits that looked like hazmat suits while my partner was forced to wait in the car confirmed for me that I am entitled to my anxiety now. This isn’t a concern of my own conception, this is the real deal.

Modern medicine is amazing, and women are resilient creatures. Our bodies can do magical things. We were hardwired to create life, and those who are able do it do so with bravery and grace. But we are only human at the end of the day, and we are up against a catastrophic contagion that is proving, for now, to be smarter than modern medicine, and more resilient than the female race itself.

In a time where we are tasked with banding together to support one another while being told to remain as far apart as possible, communication and compassion are key. So, keep checking in with your grandparents, and immunocompromised neighbours, but also, next time you have a second, check in with your pregnant friends too. I may not need you to bring me groceries but I am also not okay. Most of us are not okay. We are on the precipice of a major life transition while the country walks a critical tightrope attached to anchors so far apart we can’t even see them from the middle. There are no books about what to expect while expecting during a pandemic. We are grappling to make sense of mixed messages in the media, feeling shut out by healthcare providers who are only doing their best to keep up and stay safe themselves. All while counting down the days before baby, and wondering, bewildered, what that little person’s life will look like once they’re born.

Only a few weeks ago, I’ll admit I was probably looking for reasons to stress. Today, it’s very hard to find reasons not to worry. I am not glowing. I am not nesting. I am staying home and working on staying sane, cultivating gratitude when I can, and trying like hell just to breathe.