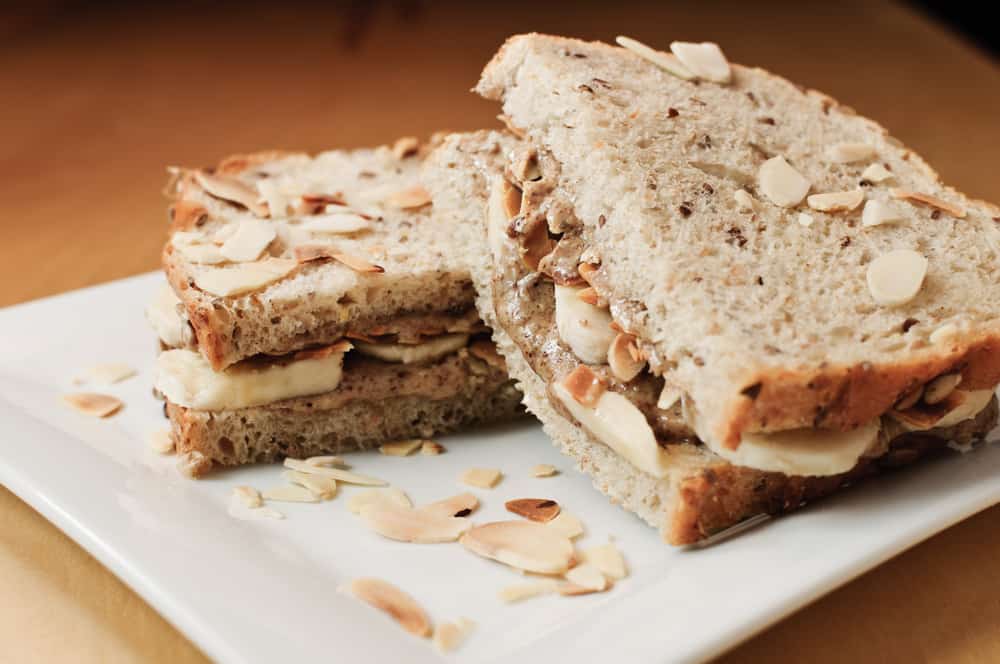 A couple of months ago, a friend asked me to do a post on nut butters.  “I eat almond butter instead of peanut butter now,” she said. “But I’m not sure why.” I don’t think she’s the only one with that thought!  More and more people are choosing almond butter, so I thought I would explain some unknown facts about peanut butter and then spread the almond butter love (pun intended)!

Peanut butter has long been marketed as a great food for kids; however, it’s still primarily a food eaten by adults. (I’m picturing you with a spoon in hand and a guilty look on your face.)  While it’s definitely a better option than many of the packaged foods available, there are a few reasons why I keep peanut butter to a minimum and actually prefer almond butter.

Aflatoxin is a naturally occurring toxin that is produced from a mould growing on peanuts.  Peanuts are one of the highest sources of aflatoxin.  Studies have shown that aflatoxin is a carcinogen and linked to liver cancer.  Now, the government tests peanut crops to ensure their levels of aflatoxin are not above a certain threshold.  However, no farmer wants their crop to be rejected due to high aflatoxin levels, so this means that the crop is typically sprayed with strong pesticides/fungicides to prevent the growth of the mould in the first place.  So it’s a bit of a lose-lose situation as the organic peanuts, which haven’t been sprayed, are then more susceptible to mould. For the record, I would still definitely choose the organic.

Roughly speaking, almonds and peanuts have pretty similar nutritional profiles when it comes to protein, carbs and fat contents.  However, where almonds pull ahead is in their iron and calcium content, as they have more per serving than peanuts.  What’s more, most peanut butters use roasted nuts, which once again reduces the nutritional content of the nuts. As with any high heat cooking, the vitamin and mineral content is reduced.

For the time being, almond butter seems to be a less commercialized and common food, and I find it’s sold in its true form more so than peanut butter. If you look at the ingredient deck of common peanut butters, sugar is often the #2 ingredient followed by salt and other added oils.  Nuts don’t naturally contain ANY sugar, so there’s no reason you should be eating sugar when eating your nut butter.

So what do you buy?

I recommend buying organic, raw almond butter, made with 100% almonds.

Even better, make your own almond butter by processing raw organic almonds in the food processor until you get a nut butter consistency! It’s easy peasy, so give it a whirl!