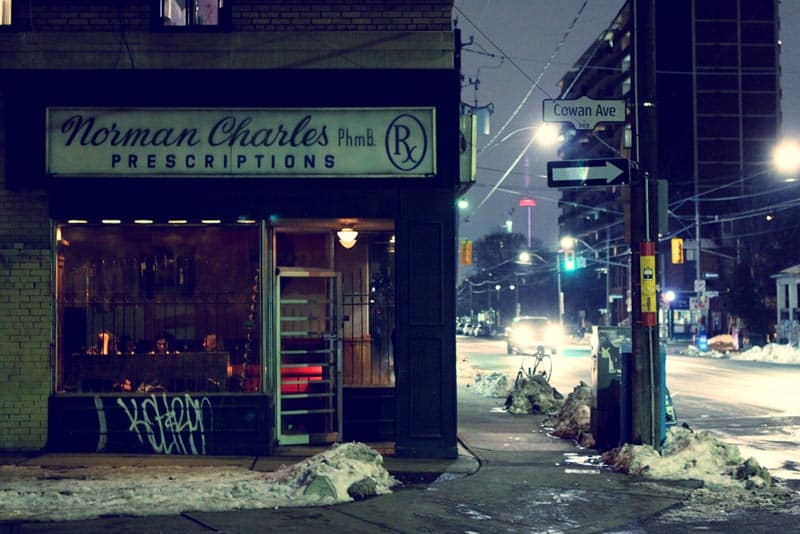 Posted on January 10, 2013
Many years ago a Parkdale pharmacy closed, and just before New Years Eve 2012, in its place, a new bar opened…entitled Pharmacy. So new there isn’t any proof of its existence on the interwebs. But it’s there, we promise! Still with the original sign out front, and with pints of beer being consumed by candelight inside, Pharmacy bar at King & Cowan is already a local hotspot. It’s the coziest place for after work drinks in the heart of Parkdale, on an otherwise fairly dead stretch of King Street West (there ain’t much other than streetcar stops from Dufferin to Ronce).

Owner and bearded dude behind the bar Chris Harper was very friendly. He’s worked in Toronto’s bar industry for ages, and possibly served you a frosty bev at some point or another on the Ossington or Queen West strip. But finally, it was time to open up his own cute little spot. I didn’t want to appear like a noob so I asked him “What cocktails do you have?”.And – thankfully! – he responds with “I’m not that kind of guy. You want some liquor? Mixed with pop or something?” Suddenly I’m not made to feel like trash for ordering a rum-and-ginger-ale, like I feel sometimes at places with $16 “yellow canary sours with sprigs of cucumber” or whatever.

It would be dandy if bar snacks were made available at some point down the road – although there was a tempting-looking pie on the bar. But I think the packed tables will already agree – Pharmacy bar is just what the ol’ Parkdale bar doctor ordered. 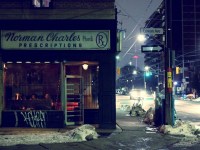 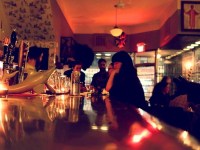 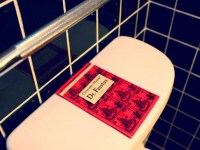 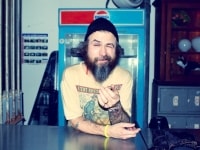 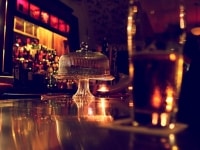 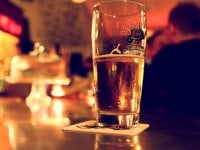 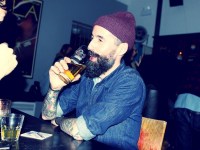 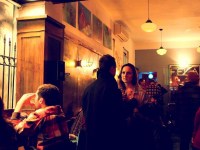 Pharmacy Bar is located at the corner of King St. W. and Cowan Ave, west of Dufferin and east of Jameson.