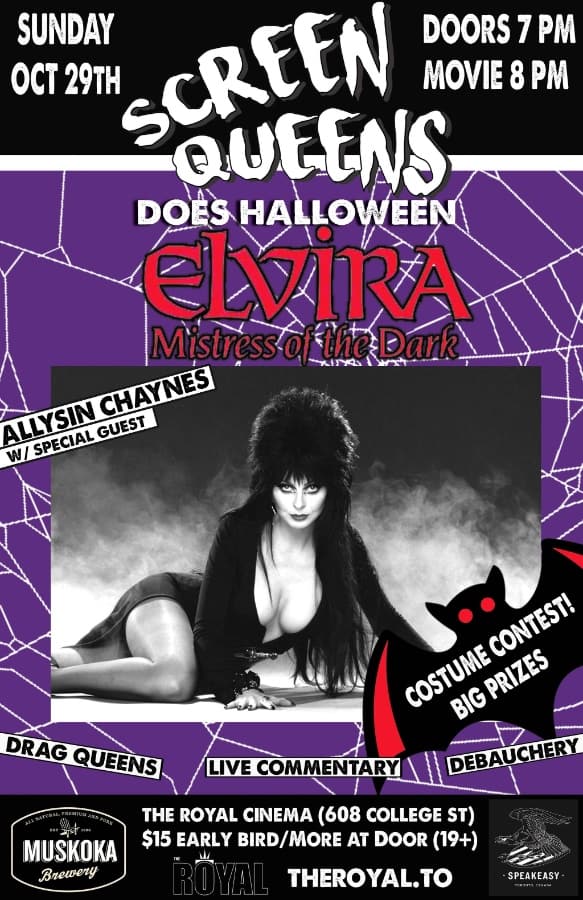 Our Pick of the Week: Screen Queens Does Halloween

This year’s screening is the 1988 goth horror cult classic Elvira, Mistress of the Dark, which marks Cassandra Peterson’s feature film debut as the vampy hostess. In it, Elvira quits her job at a Los Angeles TV station after being sexually harassed by the new owner and plans to start her own show in Las Vegas. Upon learning that her great-aunt Morgana passed away, she travels to Fallwell, Massachusetts, to collect her inheritance, which includes a mansion and a poodle named Algonquin.

Come dressed as your favourite goth or Elvira character for a chance to win prizes from Speakeasy Tattoos, Muskoka Brewery, The Royal Cinema, Screen Queens, and more. As always, there will be live commentary from drag queen extraordinaire Allysin Chaynes, drinking games, debauchery, and plenty of surprises.