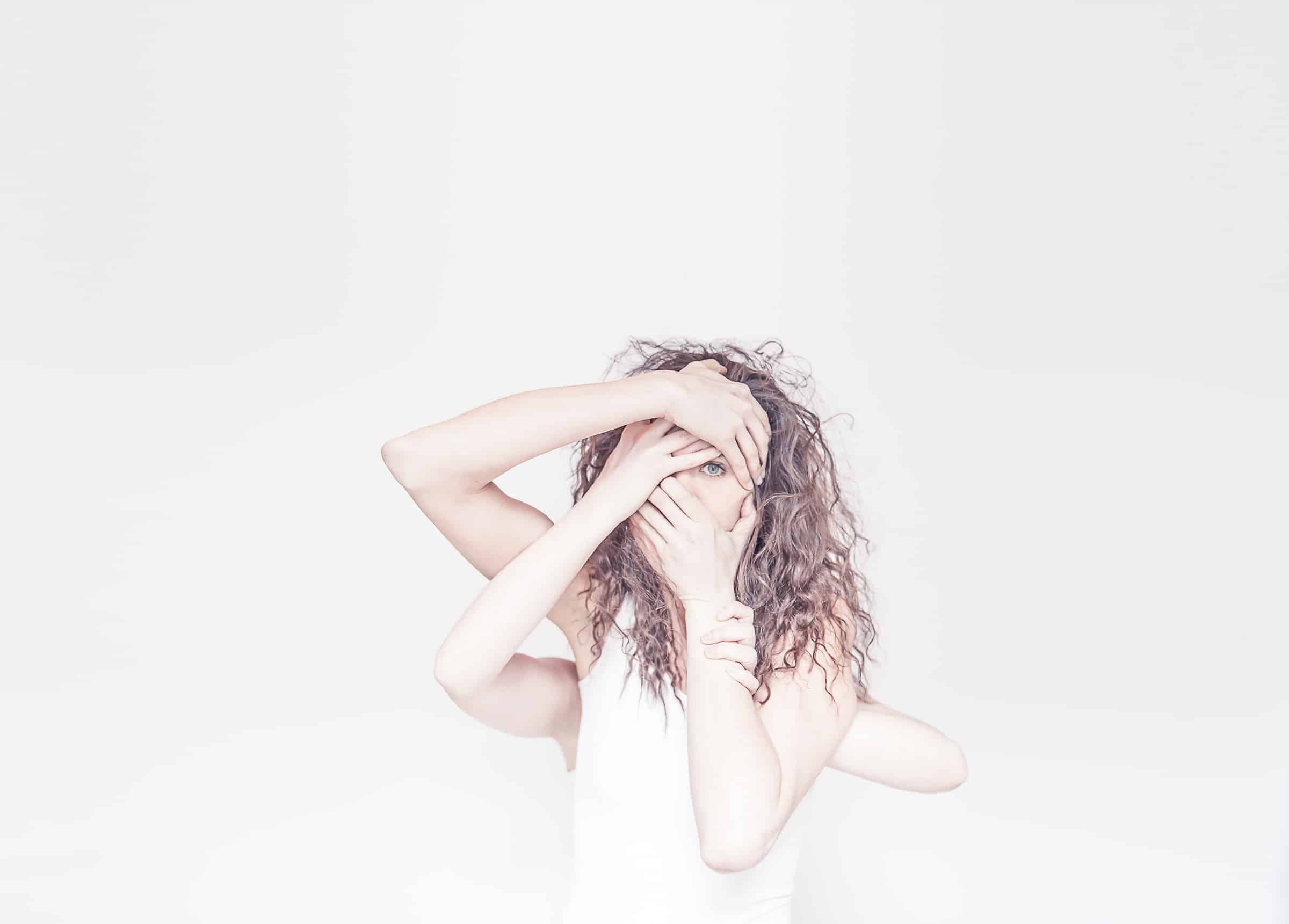 The RISER Project, an initiative aimed to create more accessibility and opportunity for indie theatre, kicks off this weekend!

Thanks to a $100,000 grant from the Toronto Arts Council, The Riser Project is premiering three new works, including Mouthpiece. Created and performed by the dynamic duo behind Quote Unquote Collective, Amy Nostbakken and Norah Sadava, the innovative play follows one woman over the course of a day as she tries to find her voice in a world characterized by a capella harmonies, text, dance and physical storytelling.

SDTC: Can you briefly summarize what Mouthpiece is about? What can audiences expect?

A & N: Mouthpiece is an exploration of contemporary feminism: following one woman, for one day, as she tries to find her voice. Interweaving a cappella harmony, dissonance, text and physicality, two performers express the inner conflict that exists within a modern woman’s head: the cognitive dissonance, the push and the pull, the past and the present, the progress and the regression. The play follows our protagonist, Cass Hayward, who thinks she’s got it all figured out. She is strong, she is in charge, she is a working woman who lives by her own rules, so what’s the problem? The play opens just after the death of her mother and spirals as she begins to recognize the resemblances between her “doormat” mum and herself, and the frightening similarities between the struggles of past generations and the reality of the present.

Audiences can expect a dynamic, virtuosic, genre-bending performance in which two women reveal their most vulnerable and truthful confessions while navigating their way through the murky waters of what it means to be a woman, in Toronto, today.

SDTC: What was your thought process behind the piece? Why was it important to get this work out there?

A & N: The two of us did not set out to make this play. In 2012 we started work on a project entitled ‘House on Fire’ that was inspired by the work of poets such as Anne Sexton, Amy Gerstler and Sharon Olds. It was intended to be an exploration of female relationships, of that specific bond women experience which is at once intimate and violent. Simultaneously unbreakable and unbearable.  But as we began to delve into the territory of women in relationship to each other it tore open the fabric of our assumptions about our relationships with ourselves. We began looking at why women related to each other in certain ways and realized that what was at the heart of our search was boiling underneath of that; how we relate to ourselves, how we express ourselves, what is feeding our ideas of who we are and who we think we should be.

Like perfectly placed dominoes, just a couple of days of random events and realizations bumped into each other and our discourse completely changed. We began to think about ourselves differently, about our society differently, and the conversation transformed into a bigger and messier set of questions. We had to re-evaluate everything we had developed up until that point and were compelled to create Mouthpiece because it felt urgent, pressing, and necessary. Selfishly we wanted to begin a dialogue with our community to press our ideas up against glass and see how it reflected light onto other people. We wanted to hear other people’s reactions to our thoughts, to have a discussion that seemed to be bubbling up all around us, in the media, with our friends and family, in the global sphere.

It is imperative for us to perform this work now so that we can have that conversation. What it is to be a woman, to be a feminist, to be a human being in a very different world than that of our mothers and our grandmothers. It is about giving a voice to things that tend to stay un-said, and opening up the space for more truths to be told.

SDTC: This performance is 50% sung – why did you decide to go this route?

A & N: The language of song is a fundamental aspect of the play. I believe that music has the potential to contain the enormity of the stuff we’re talking about and is capable of transposing the human condition into the realm of poetry and grand emotion that words simply cannot do. Throughout history when women couldn’t speak up, when they couldn’t vote or write or create or perform or direct or defy, they could sing. And they did. Through song we reflect the inner state of our heroine, while integrating our shared history into the very current world of the play – Toronto today. From a mother’s lullaby to a Southern hymn, from a Bulgarian chant to an opera piece, from a throat song to a pop song, music is a tool to communicate how much progress we have made, all the while jolting us with the reality of how much further we have to climb.

SDTC: What does it mean to be a feminist in Canada in 2015? What more still needs to be done? How far have we come?

A & N: I can’t tell you what it means to be a feminist in 2015; it’s like trying to define what it is to be a woman in 2015. I can only speak about my own struggles, and that is what Mouthpiece is about – trying to find what my authentic voice truly sounds like.

I think that when we try to contain something as broad as womanhood or feminism into a single definition we end up pouring ourselves into someone else’s mold. A Virginia Woolf quote, a Joni Mitchell song, Demi Moore shaving her head, Betty Crocker, Something we heard Beyoncé say while she was writhing in a big martini glass full of suds, Gaga, the Queen, Oprah, Joan of Arc. I identify as a woman, I am a Canadian, I am a feminist and I am way too big and far too complex to fit into any answer that you could ever publish, I spill off the page and into your lap, I make a mess on the floor, then I change my mind about the whole thing. Then I spill all over again.

If we continue to compose rigid definitions for ourselves, we end up clashing over something we actually all agree on. We waste our time pointing out the unimportant, petty differences – she changed her last name, she airbrushes her photos, she doesn’t want children, she’s just a mom – instead of focusing on what is right in front of us – we all want the same thing.

SDTC: What do you hope audiences will take away from this work?

Amy – I hope this play heightens an awareness. That at some point, perhaps days after leaving the theatre, the show provokes audience members to question their actions – why do I do the things that I do, who am I doing them for?

Norah – I hope that audiences will simply feel spurred on to speak their own truths, to have conversations that they have not had, to use their own voice to speak up in whatever way feels urgent and necessary. To make noise and take up space.

Mouthpiece runs from April 17 to May 3.

All performances are held at The Theatre Centre (1115 Queen St. West)