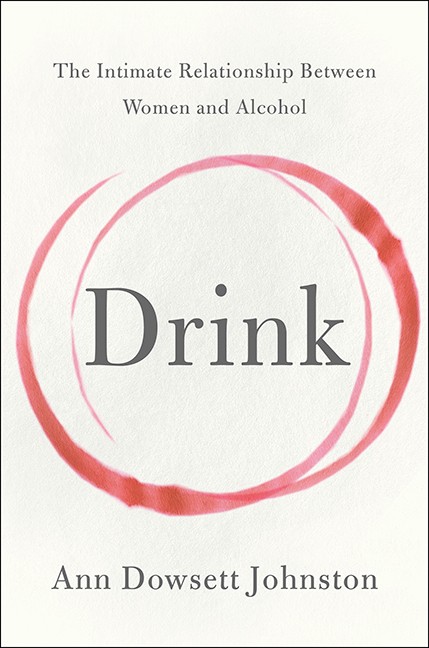 "Alcohol is being pushed on women like never before. And we're loving it. Maybe a little too much."

Review: Drink, the Intimate Relationship Between Women and Alcohol

I look forward to that first glass of wine at the end of a long week. It seems innocent, or it did, until I read this book. Even now I feel the need to justify myself: one bottle of wine, spread across three days, maybe three times a month. Harmless, right? I feel like I regulate it, but I left the bottle in the wine cabinet after reading this.

The past few years have seen a rise in the marketing of alcohol to women. Advertising execs seem to finally have noticed that they weren’t tapping a gigantic consumer base. New brands emerged aimed at this previously overlooked demo and wines such as Skinnygirl, Girl’s Night Out, Happy Bitch, and Be Flirty have flooded the marketplace, joining a multitude of flavoured vodkas and fruity, sweet pre-mixed cocktails. Whether aimed at young and hip women in university—and even younger girls, with the increase in alcopops—or hardworking mothers feeling like they need a break (see Mommy’s Time Out and MommyJuice), alcohol is being pushed on women like never before. And we’re loving it. Maybe a little too much.

Ann Dowsett Johnston is an award-winning journalist, former editor-at-large of Maclean’s magazine, former vice principal at McGill University, and an alcoholic. Drink is part-memoir and part-study-and-social-commentary on the culture of drinking that has emerged in North America since the 1970s. Johnston weaves the slow-dawning realization of how alcohol began to dominate her life with stories from other women who’ve been on similar journeys. The stories follow a few close patterns, ones I have recognized in my friends, colleagues, and myself. It’s scary how pervasive and persuasive alcohol has become.

Binge drinking is on the rise, especially among young women. Going hard on weekend benders is the university standard—study hard, work hard, play hardest. But the risks are great. Most women eventually grow out of it, but there are those who don’t. Johnston includes stories from alcoholics in recovery, and touches on those who didn’t make it. They come from all walks of life, but the number of successful, high-functioning upper- and middle-class alcoholics is astounding, and pretending it’s not a problem won’t make it go away.

Johnston talks sensitively and interestingly about binge drinking. The book doesn’t, however, address rape culture. She notes that when women binge drink, dthey can end up in risky situations and are more vulnerable to sexual assault. Yet there’s a whole culture that’s emerged around providing women with free entry to clubs and discounted drinks in order to lower inhibitions and judgement calls. To her credit, Johnston takes a look at the advertising that markets these drinks to women, and the lifestyle it promises. But the focus is on what can happen to women when they drink to the point of incoherence, distancing the responsibility from men. I don’t think that’s her intent, but it’s a dangerous suggestion.

Alcohol has become a public health issue; Johnston’s story and the numerous other women’s stories throughout the book put a humanizing and recognizable face on the problem. She offers suggestions on what we can do to start to change drinking culture, and they’re definitely worth considering. This is an incredibly important book—one that every woman should read.

Drink, by Ann Dowsett Johnston, is published by HarperCollins.