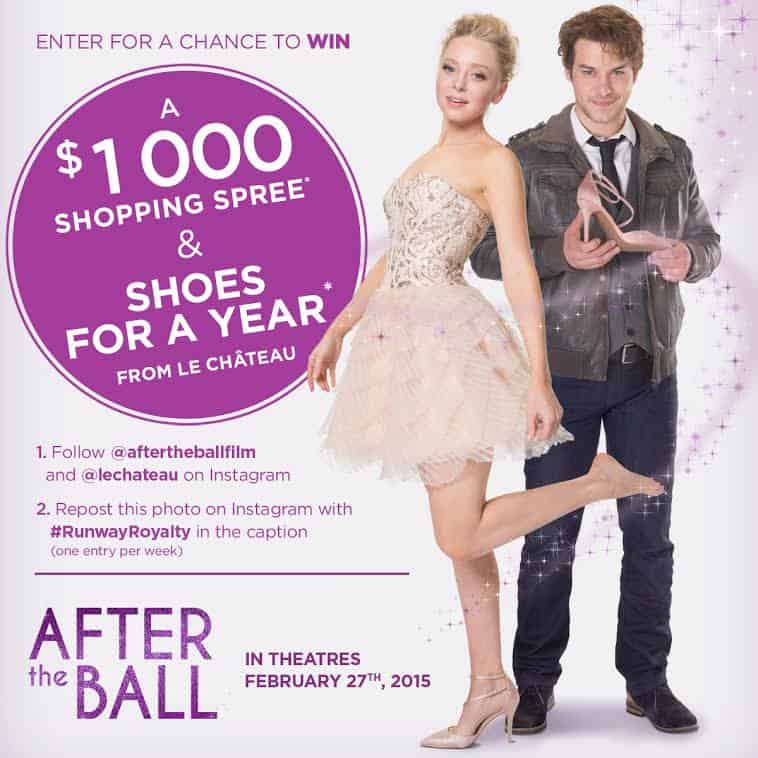 Produced by Don Carmody (Good Will Hunting, Chicago) and directed by Sean Garrity (Lucid, My Awkward Sexual Adventure) After The Ball is the cutest fashion fairytale ever that opens in theatres across Canada on February 27th.

To celebrate this major Canadian release we’re thrilled to partner with Le Château, Myriad Pictures and Pacific Northwest Pictures to offer fashion lovers a total closet makeover: $1000 shopping spree and shoes for a year from Le Château! Some fairytales really do come true.

After The Ball tells the story of fashion grad Kate Kassel (Portia Doubleday) who enters the family retail empire as a lowly intern and must prove to her CEO dad (Chris Noth) that she’s got talent, but the competitive industry presents numerous nasty people want to see her fail. Intertwine career obstacles, bitchy twin sisters, a sweet romance, and some crazy costume changes and you’ve got Cinderella meets The Devil Wears Prada in the best possible way.

Enter to win a Runway Royalty Makeover! Two easy steps:
Grand Prize
Runner-Up Prize
Weekly Prizes
Watch the trailer now and follow After The Ball on Facebook.
All entries much be in by 5:00PM EST on Feb 20th. One entry allowed per week. Best of luck!