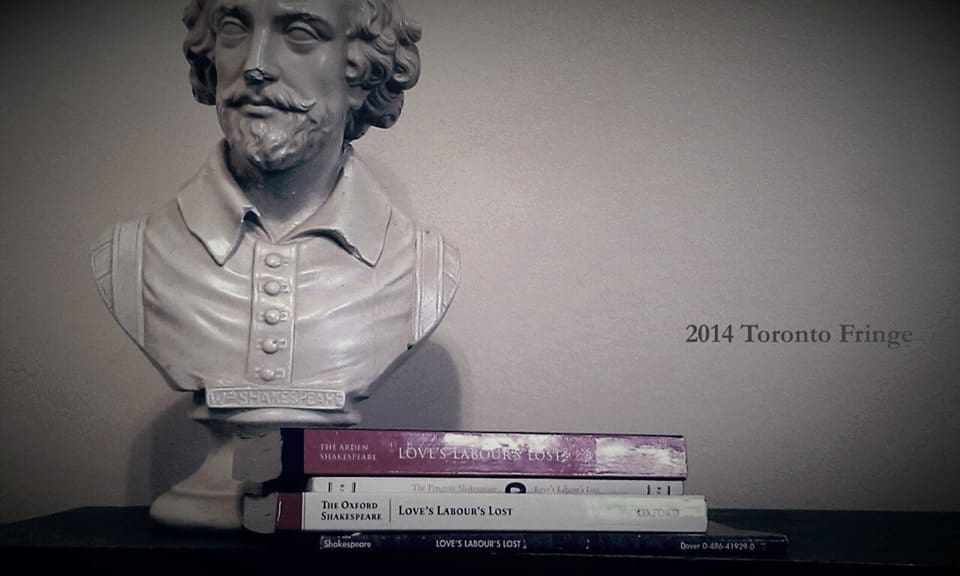 If you’re a Toronto theatre fan who has yet to check out Shakespeare Bash’d and their stripped-down, turnt up productions of the bard’s work, you’re missing out. The group’s productions are full of energy and presented in unlikely locations.

This year, they’re returning to the top floor of the Victory Cafe with Love’s Labour’s Lost for Toronto Fringe. Drink a beer, eat a quesadilla, and watch some incredible performers bring the comedy to life. This will be their third year using Victory Cafe as a stage, and they’re looking forward to reinterpreting the space; working with it in a new way so the bar becomes a frat house with the audience as their guests.

The group has sold out the Fringe for two years running, so make sure to get your tickets fast.