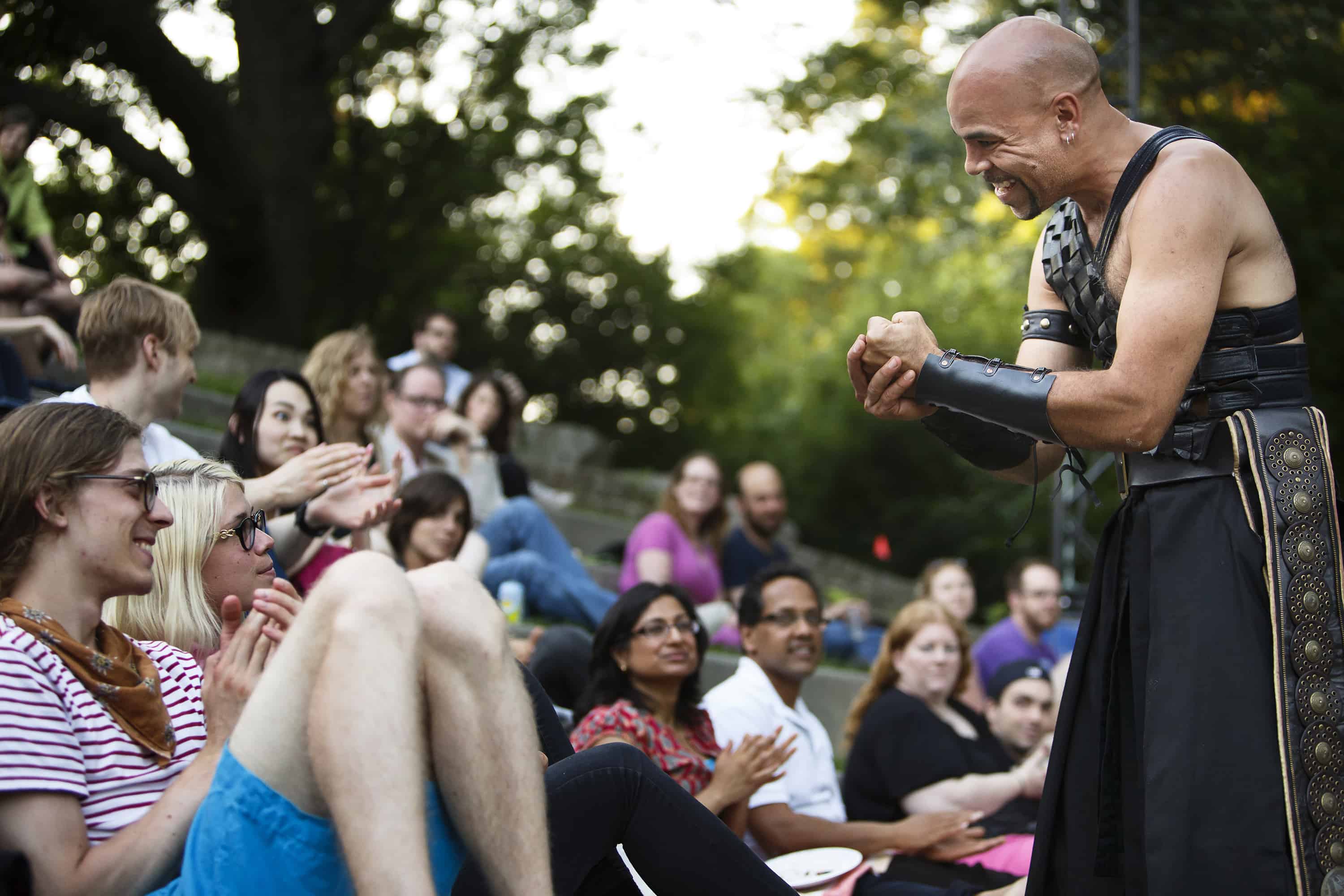 Looking for something to do in Toronto this summer? Pack a picnic and enjoy a night in the park!

Returning for its 33rd season is Canadian Stage’s Shakespeare in High Park. In collaboration with the Department of Theatre in the School of the Arts, Media, Performance & Design, York University, this year promises to continue the enchantment under the stars with ‘Roman’ plays – The Comedy of Errors and Julius Caesar. The plays run on altering nights throughout the summer from July 2 to Sept. 6, Tuesday through Sunday at 8 p.m. Performances are pay-what-you-can (suggested minimum of $20).

In case you didn’t read it in high school, Julius Caesar is the classic tragedy and cautionary tale of the rise and fall of Julius Caesar, the betrayal of Brutus, and the political machinations of Mark Antony. Julius Caesar runs from July 16 to Sept. 5.

Beginning July 17 to Sept. 6 is The Comedy of Errors (a perfect counterbalance to the intensity of Julius Caesar), which tells the story of one pair of estrainged twin servants – both called Dromio – and one paid of estranged twin brothers – both called Antipholus. After years of ignorance of one another, they are all thrown into a city with a reputation for sorcery.

Shakespeare in High Park Returns for Its 36th Season

Shakespeare In High Park Is Back For Its 35th Year!