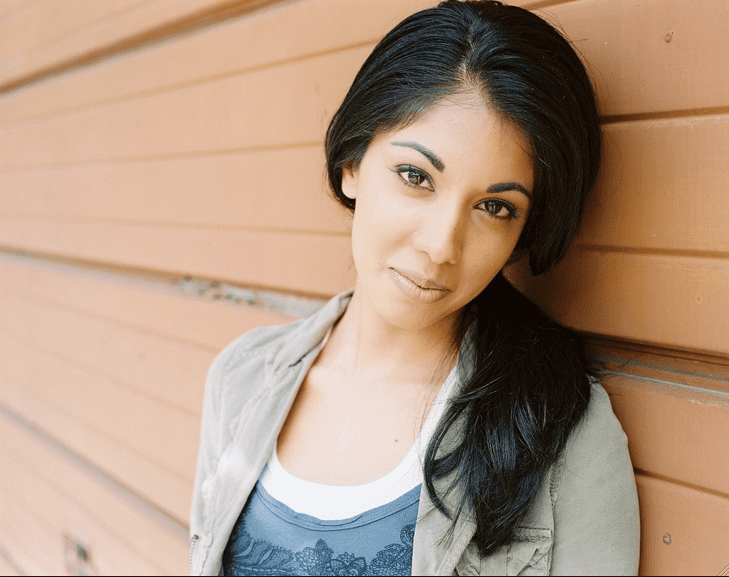 TONIGHT is the Studio District Film Party, hosted by ACTRA Toronto and HangLoose Media. This exciting event is expected to host over 1000 Canadians working in the film and television industry. Shedoesthecity is always proud to support homegrown talent and has partnered with a sponsor to help promote the event and shine a spotlight on some of the women in this business. We’ve spoken with a ton of local women in Toronto who work in a variety of roles within the industry.

For this installment, we spoke with actor/writer Sarena Parmar. This woman does it all! After attending the prestigious National Theatre School of Canada, Sarena later transitioned into TV, landing a part in the Gemini nominated series, How To Be Indie. Sarena also co-starred in the feature film, The Animal Project, which premiered at TIFF, directed by indie-darling Ingrid Veninger. Further, she has appeared in the Disney movie, Radio Rebel, and guest-starred on Suits, Degrassi: The Next Generation, Flashpoint and The Border. Sarena is currently developing a web-series called Grey Matter.

She is even a Celebrated Ambassador for Because I am a Girl, speaking out about girl’s rights. Proud of her South Asian heritage, Sarena is committed to raising awareness about women’s rights issues faced in developing countries and here in Canada.

Why did you decide to throw a giant bash for ACTRA during TIFF this year?

I wanted to get involved with ACTRA’s Diversity Committee. I believe strongly in more diverse representation in the media, and I wanted to support their committee and advocacy work. TIFF is such a celebratory time of year. Why not throw a party to honour all the hard work our acting membership does all year long?

What work do you find the most fulfilling?

I find acting satisfies, calms and grounds me more than any other creative outlet. Acting gives my curiosity permission to run wild, allowing me to question life and the world around me. In the last few years, I’ve started writing. I really enjoy it and am absorbing so much from the mentors around me. I’m currently writing an adaptation of Chekhov’s The Cherry Orchard, set in BC with a South-Asian family. But even when I’m writing, I find myself inhabiting the characters to write their monologues and figure out their inner-most thoughts. For now, it seems acting will always be my home base as an artist.

What are the biggest challenges you face in your career?

I could talk forever about the opportunities I have gotten and barriers that I face because I am female and diverse in the industry. But the most interesting challenge that I’ve been thinking a lot about lately is stamina. How do I find the stamina to keep doing this for the next 20, 30, 40 years? How do I fuel my artist engine so that I don’t burn out? To quote Dustin Hoffman (why Dustin? I don’t know, but here we are), “How do you keep the light from going out inside of you?”

What career goals are currently on your mind?

I’ve been working on my adaptation of The Cherry Orchard on and off for a few years now. It would be great to see that completed and produced on stage. It is a milestone that I am excited to reach. I’m also curious about working in the US. After TIFF, I’m heading to New York for a screening of The Animal Project, a film that I was in and incidentally premiered at TIFF in 2013. I’m excited to meet people down there and learn about the scene.

What’s your best advice for young women looking to advance their career in the Toronto film and television community?

I think for young women and diverse performers, there is a huge network of senior artists that are out there, ready and willing to help you. Don’t be afraid to email actors, directors, writers, anyone that you respect, and ask to grab a coffee or ask for their advice. Reach out, connect, find your community! I have to remind myself of that constantly.

I’ve been so busy planning this party, I haven’t had a chance to even think about it! I’m very excited to see Fire Song and Beeba Boys. I’ve heard wonderful things about both. I love that they challenge the mainstream perception of these diverse communities. I think it is so cool to flip assumptions on their heads like that.

What has ACTRA done for you?

ACTRA has ensured that I have an RRSP and medical benefits, which I pay into whenever I work on a contract. As a self-employed, young person, I don’t know if I would have gotten that stuff together without them guiding the way and setting up the infrastructure.