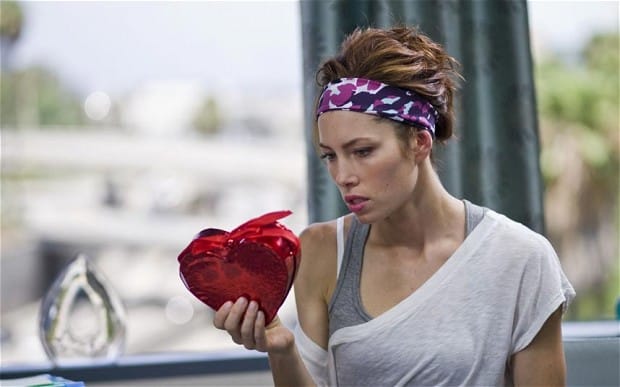 Fear not, those of you with lonely hearts club badges pinned to your lapels: Valentine’s Day need not be cause to throw yourself into a roiling lake of construction paper-hearts and stuffed teddy bears.

For us singletons, this weekend’s putative love holiday waffles between two camps – an outright rejection of the tradition, or a desperate attempt at assimilation. But forget the last-ditch dinner date or pitiful girls’ night out because we’ve come up with a few tips for surviving the Cupid offensive.

As single women on V-Day, we are readily reduced to the sum of our parts: red wine and milk chocolate. There are two acceptable ways to spend Feb. 14 – the first is the antithesis, or boycotting the festivities altogether; the second is to clench your teeth and observe the couple-y rituals solo. Whereas the former is an unfair exclusion, the latter is rather pathetic – and I refuse to accept those as our only options. Who am I to deny an excuse to be festive? As a non-Christian I celebrate Christmas; as an aspirant coven leader I participate in the pagan Halloween ceremony of miniskirts and vodka.

So let’s reinvent the holiday. The trick to not wishing you could trade places with the Tin Man on Valentine’s Day is to forget just what the holiday purports to be – a celebration of conventional togetherness. And for this, our made-over holiday, we define the rules, even if – especially if – that involves red wine and milk chocolate.

2) Netflix: the most significant other

On Cupid’s birthday last year, I had an amour. And yet I found myself on the couch, with homemade nacho cheese and libations flowing, and endlessly streaming the latest season of House of Cards. ‘Twas a stellar night indeed. The only difference this year is that I’ll be alone, and mourning the abandonment of Frank Underwood. Without hours of unadulterated distraction I’ll be left to fend off the unbearable crushing loneliness of singledom.

But being lonely is not the same as being alone. The binge-watch has long been the go-to for bachelorettes everywhere because it plays the part of red herring so well – a wound will heal faster if you’re watching drama unfold in a women’s prison rather than in your own life. V-Day’s whole premise is to remind the uncoupled exactly where we stand in society, and I would rather divert my attention from the saccharine love-fest. Being independent isn’t something I need to forget. Thankfully, Kevin Spacey isn’t the only stud on Netflix.

Trust me, everyone is doing it (as it were). Theory proof: I need two hands to count the number of people I know with birthdays exactly nine months hence, on Nov. 15. February is boon times for peddlers of sex – if the subzero temperatures don’t inspire you to rub against each other under the bedcovers this frigid month, I can think of no better metaphor for the act of love than a phallic rodent bobbing in and out of its hole on Groundhog Day.

Go out, or at least say you are, lest you be forced to babysit. Unless your couple-friends are okay with you dressing their offspring as diaper-clad cherubs and taking them to the mall to pelt strangers with home-crafted love arrows, you don’t want to be on rug-rat duty. Feel free to use the foolproof alibi that will undoubtedly be employed by single gals everywhere: “I’ll be at the Fifty Shades of Grey premiere.”

Instead you’ll be at a bar in Liberty Village (one of the more swinging neighbourhoods) making eyes at eligible Valentines. When did it become taboo for single folk to go out and meet other single folk on a frosty mid-February night? Go without any expectation and get affectionate with people you normally wouldn’t – at the very least, the ego boost will be worth it. Note: by no means should this excursion directly correspond to whether or not you get laid, see above, you saucy minx.

To the discerning single woman, the day after Valentine’s is more precious than Boxing Day. Gone are the days of gushing over costly trinkets, because on Feb. 15 those kitsch drugstore goodies are marked down to obscene clearance prices. You’ll want to skip past the swirling pink furor and move straight towards the confectionary aisle. Enjoy this calm-before-the-storm while you can, because for most of us Monday brings Family Day, and with it a slew of loved ones of another breed you’ll no doubt want to avoid.