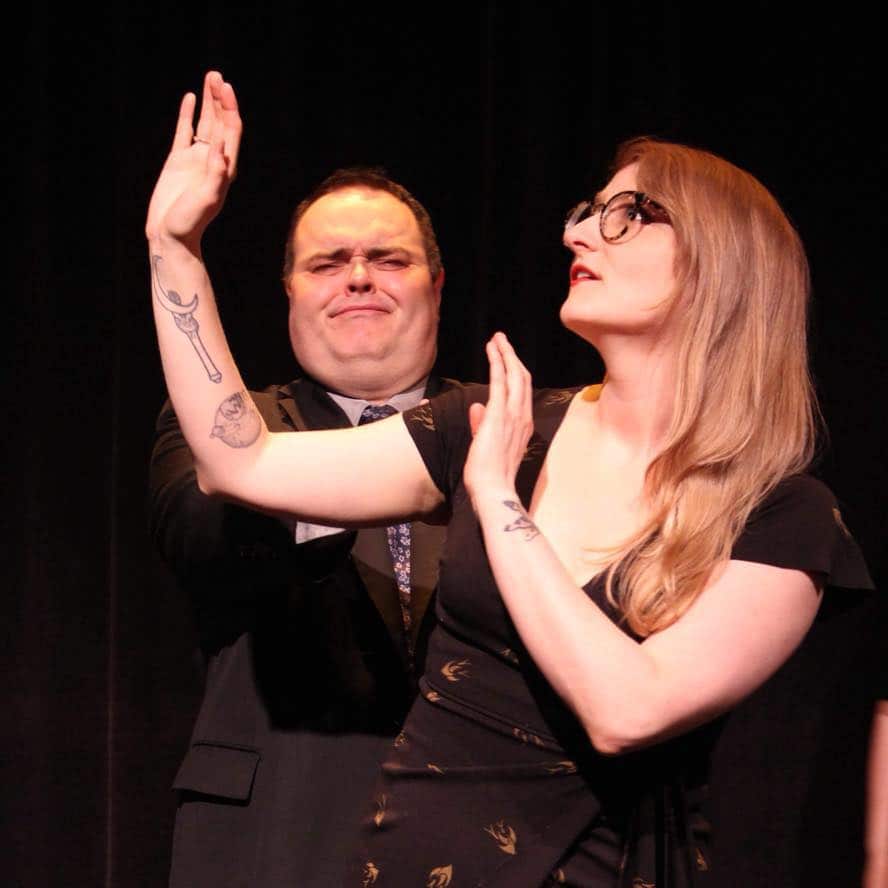 Songbuster’s Steph Malek Shows You How To Improvise a Musical

Toronto’s Steph Malek is the creator of the long-running hit comedy show Songbuster – An Improvised Musical. In Songbuster, the cast creates a world full of engaging characters and captivating stories AND comes up with all the music, lines and lyrics on the spot. See it for yourself. Their holiday show is coming up on December 20 at Bad Dog Theatre.

We asked Malek how she got her start, and how the hell they come up with a whole new musical each and every time. 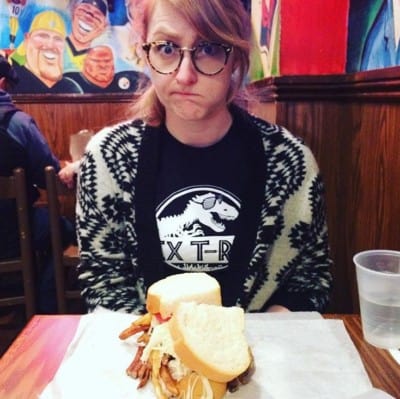 SDTC: How long have you been improvising musicals?

SM: I’ve been personally doing it for about six years now. As with a lot of improvisers, I learned about it from Whose Line Is It Anyway? and Wayne Brady was a magician to me. I couldn’t believe it was possible to make up a song as well as improvise. The idea terrified me, honestly, but when something scares me, it makes me feel like I have to do it even more.

I auditioned for the inaugural musical conservatory at Second City Toronto and started taking Musical Improv classes at Bad Dog Theatre. It was a slow start, because my improv wasn’t very good, and I wanted to make sure it sounded perfect, since I’ve been a singer my whole life. It…didn’t really happen that way. It’s very hard to make sure you sound good and make sense and rhyme. But I’d caught the bug and dedicated years to practicing and getting better and surrounding myself with a cast of people who are way better than me and who I could learn from.

When we got into the 2017 Fringe Festival, that’s when I knew I was hooked for good. Every show we had an audience of 200+ people watching. and the energy you could feel from them was electric. How do you go back from there? You don’t. You just keep going and growing and making magic. 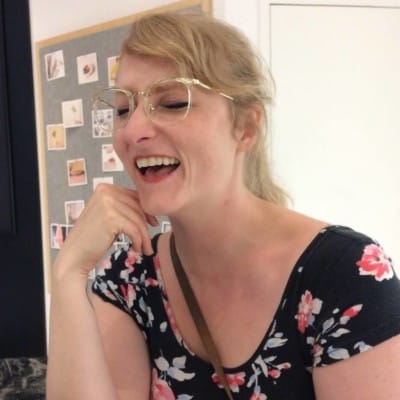 Is it harder to improvise a musical or just a regular improv scene? Do you ever repeat melodies? Do you ever get stuck?

It’s definitely harder to improvise a musical. On top of having to create the entire story and characters, we have to connect with each other and our musical director on the keys to create songs, harmonies and dances—all without a moment of hesitation. You never know what you’re going to get from each other, but we’ve been performing together for so long now that we really connect and can usually gauge where each other may be going. This team is wild and loves to play around with each other, challenge each other and make each other laugh!

Every single show is completely different musically. I don’t believe we’ve done the same melody twice in this show. We have recurring themes for sure though. The amount of ghosts that have shown up in Songbuster shows is definitely more than one might think when you think of a musical. But sometimes you just need a ghost!

In terms of being stuck, the beauty of the group dynamic is that we’re never alone on stage. Sometimes you don’t necessarily know where the song is going to go, but there are at least five other people on stage who can back you up at any moment!

What is your fave memory from past Songbusters?

There are a couple real standouts for me – one is from the Next Stage Theatre Festival, where Kristian Bruun played a forty-one year old trapped in the body of a four year old stuck in Neverland, and in the end most of the cast left the stage on a boat. The whole cast just got into this incredible group mind where we all knew what we had to do without a word or moment of hesitation, and that’s just magic to me.

Another is from our very first monthly show at Bad Dog Theatre. It was set in a bank and out of nowhere, Alexandra Hurley and I created an incredibly beautiful harmony for a chorus, then the entire cast joined in. It still gives me chills when I watch it on our YouTube channel.

Why should we come to your last show of the year?

Songbuster is back home at Bad Dog, and we love the holidays! We’ve got a ton to celebrate this year: Reid Janisse and Ayaka Kinugawa have both recently joined the cast, Tricia Black is back from She The People, and we’re all raring to make it a banger of a show! This show is perfect for lovers and haters of musicals alike; you won’t be disappointed!