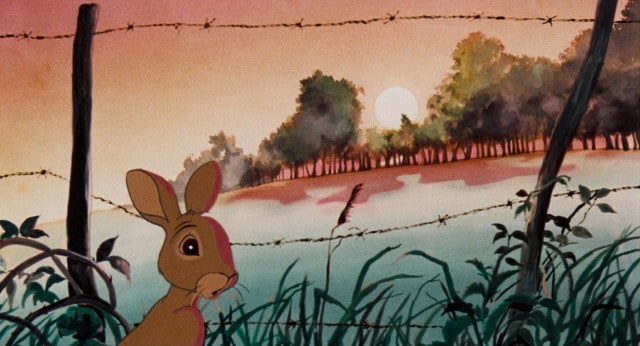 Based off of Richard Adam’s poignant novel, Watership Down follows a group of rabbits as they flee their doomed warren, which is threatened by an encroaching housing development.

Released in 1978, Watership Down touches on themes of violence, oppression, ecological concerns, heroism, mortality and community. Definitely not suitable for young children, the film’s jarring yet deliberate use of mixed styles of animation within its more horrifying sequences are as bone-chilling as it gets.

See it on the big screen February 25th at The Royal (608 College St). Get tickets here.