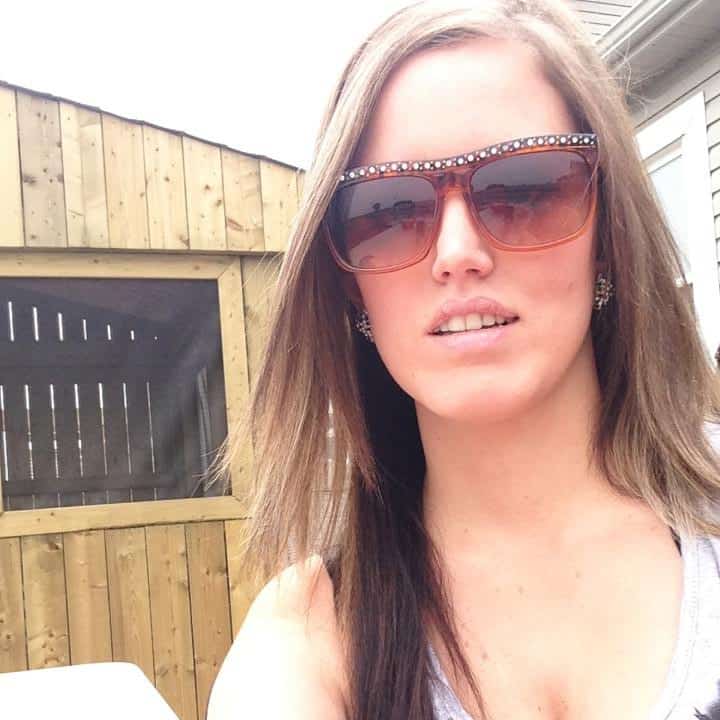 Coming into this world, my right tear duct was blocked.

When my mom pointed it out to the doctor, he saw no reason to be concerned. This was a normal occurrence in infants he said, and in time, the eye would unblock itself. He was right. In time, my eye cleared and was able to tear, somewhat. But my mom noticed that my right eye didn’t close tightly, or tear as much when I cried. She chalked up to me being a unique individual, and let it go. If there was cause for concern, the doctor would have surely let my mom know. No face is symmetrical, and it was soon forgotten. 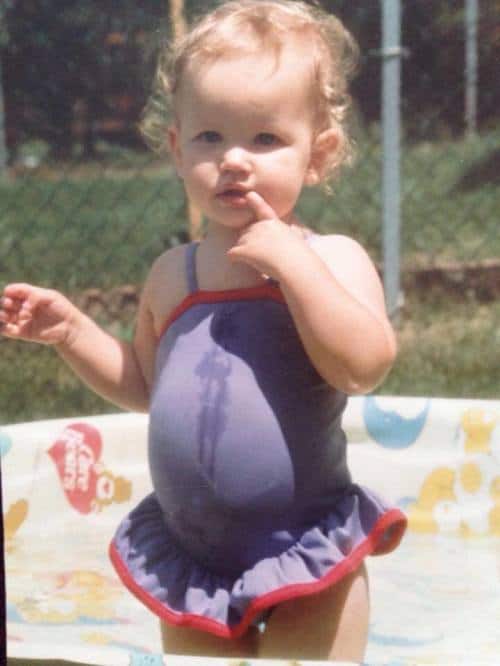 I had what would be considered as a normal life growing up. I had lots of friends, went on family vacations, and swam in our family’s pool. I was active in sports and dance classes. I was, and still am, a competitive person. I played competitive sports – hockey was my favourite.

At age 10, my mom started to notice that my right shoulder blade was winging a bit. I was able to stick out my shoulder blades – right out. At the time, I just thought it was a cool double-jointed trick I could do, like wiggling your ears or touching your tongue to your nose. My body was changing, as one does at that age, but internally there was much more happening than I was aware of. 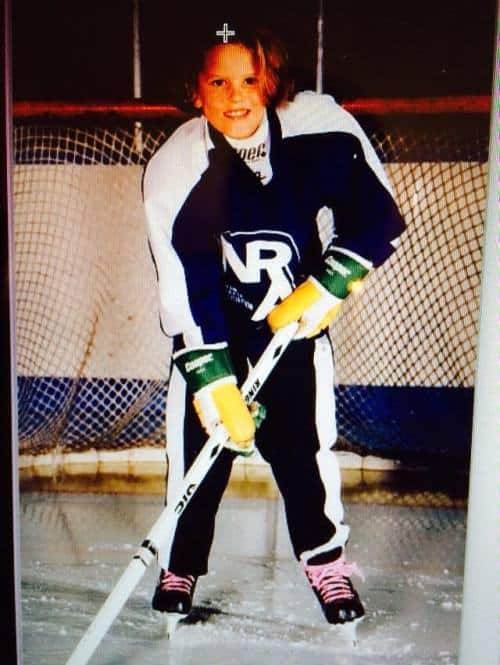 That winter I was playing hockey and noticed I wasn’t able to skate as hard or shoot the puck as far. I vividly remember ordering my body to skate faster. “Go go go, come ON!” I would say to myself.  “What is going on?!”  Imagine doing something that you love to do, that you’re good at, that people recognize you for. Imagine suddenly not being able to do it as well as before. Not because you were injured, not because you weren’t feeling good – just because you just couldn’t. It’s mind-boggling to not have any visual reason or incident to blame. I just wasn’t able to perform as well as just 6 months before. It was frustrating, and unnerving.

I remember getting benched a lot during this time. When my coach would ask what I was doing, I had no response. He and I both knew it wasn’t like me. I just wasn’t good anymore.

That following summer, my mom noticed my left shoulder blade was starting to wing out even more. I was a thin girl, and it’s not uncommon to see shoulder blades protruding on slender bodies, but when the left shoulder changed, my mom knew something wasn’t right. We went to the children’s hospital. Doctors, doctors and more doctors. Waiting rooms after waiting rooms. Tests of all sorts. I spent an entire year back and forth, spending hours waiting, and always leaving with vague answers and no reassurance. At that point, I slept soundly every night. It was more of an annoyance in my life, and I had no idea what the eventual outcome would be. 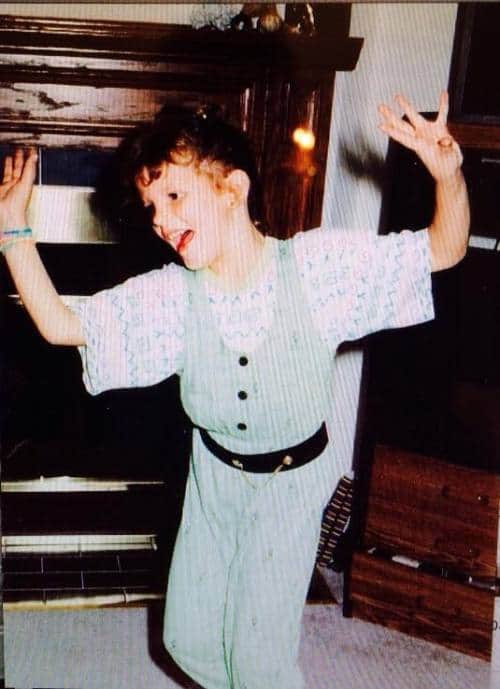 I can’t imagine what my family would have been going through. My mom stayed strong through all the tests, knowing that if she lost control, I would feel vulnerable and become afraid. Her calmness made it easy for me to go on with my life, and not feel the heaviness that she intuitively knew was coming.

Then one day, the results came in.

I was diagnosed with Muscular Dystrophy. Defects in the muscle protein cause affected muscle tissues to weaken and eventually, in some cases, to die. The rate at which the muscles are attacked and destroyed varies between individuals. The doctors said mine was severe.

So, my mother had to sit down with her 12-year old baby girl and inform her that she had Muscular Dystrophy (MD). She knew full well the severity of the disease, and told me that the future would not be without troubles. But I was young and naive, and I responded with a preternatural calmness. “Well, now we know what it is,” I said. “We can start to fix it.”

My mind had not yet been dragged down with the fear of the world and the knowledge of what could be. That innocence is something I miss.

The particular type of MD that I have affects the face, arms, shoulders, legs and hip muscles. A blocked tear duct and eye that does not close properly can be one of the first signs out of utero. I often wonder what would have happened if the doctor that delivered me thought to look into why my eye wasn’t functioning properly. Maybe my life would have been different, by knowing that early.

Even though I didn’t consciously understand the implications, my subconscious must have, because as soon as I found out what it was, the deterioration started. The muscular dystrophy began its’ insidious work of rapidly weakening my muscles and slowly taking away my physical freedom. It’s kind of like when you cut yourself and don’t realize it at first, then the pain begins to localize and crest, and you finally notice it. It’s shocking. It makes me wonder about how powerful our minds are; how people can walk across hot coals and not be in pain, or if by not telling a person they have 3 months to live means they may be able to live longer. There was certainly a noticeable decline after I was told I had Muscular Dystrophy, as opposed to when I was just going about my life.

But, one must know what is causing the physical limitations in order to better oneself, and logically we needed a starting point. Once my mom knew what “it” was called, she began searching alternative medicines to prolong my independence. She had to take this into her own hands because the children’s hospital only said to come back when I was 16, and they would begin pain management therapy and fit me for a wheelchair. That was a pretty grim future. That was the path they foresaw. Many other children had gone down this path, and it was the norm. Enjoy what you have now because the clock is ticking, they hinted. And soon you will become like everyone else, like every other statistic.

It was like that page in my life’s book was written for me and I was left hanging, hoping there was more. To be told by individuals that have so much knowledge that there’s nothing more they can do is like being thrown overboard and abandoned,  bobbing up and down in the waves and waiting for the inevitable moment when you will become a shark’s meal. 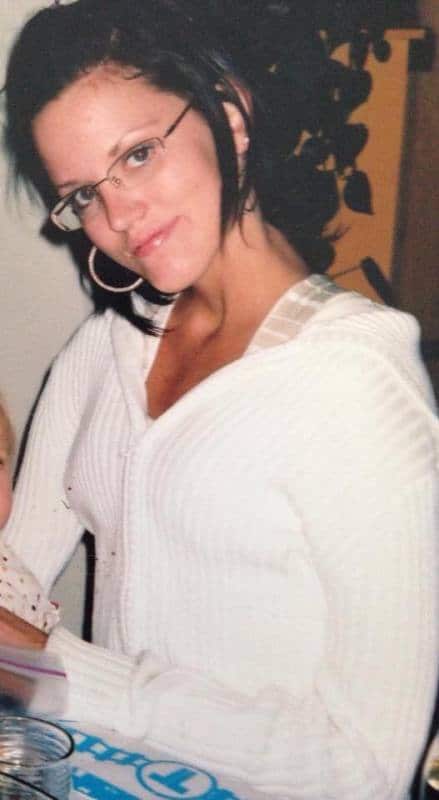 But I come by my fighting spirit honestly – my mom has been fighting for a better life for me from the get-go. Mainstream medicine wouldn’t help, so she began searching extensively for alternative medicines and therapies. That meant searching the world over for new treatments, old treatments and separating the valuable data from the hoaxes.

I am now 31 years old, I have had most of my friends since a very young age. They have watched me go from swimming in the pool and playing hockey to not being able to walk or ride our bikes to the store together anymore. My family and friends watched as people would stare at me, trying to figure out why I had such a large curve in my lower back and waddled from side to side while walking. I think for many years I “left” my body. I think it’s common to escape your body when you feel threatened, or vulnerable.

But to stay strong and positive, I needed to act as if I was normal. If I acted normal, then people would perceive me as normal – whether I had a disability or not. I quickly became adept at reading situations and expressions and making others feel comfortable. We live in a society that is unsure of how to treat people with disabilities. They wonder what is acceptable; can they offer help, are they allowed to look, can they ask what happened or engage in a conversation. In my mind, the answer to all these questions is ‘yes’.

Being respectful and having couth is imperative. To me, the more awareness of disabilities that is out there means the more both the person with the disability and the person without will be comfortable. And let’s be honest, we all have a disability. Mine is just visible. I  became very aware that the only person that had to live in my body was me. I couldn’t escape it, there wasn’t a moment that it wasn’t on my mind or in the back of it. Everything that I did was different; everything that I had learned how to do had to be altered.

I had two choices, I could wallow in self-pity and make my own life miserable or I could focus on all the things I could do, all the love from family and friends and even the kindness that I felt from strangers. With the strength of my mom, and my new-found internal strength, it looked as if stem cell therapy was the most promising avenue. Unfortuntely, since I had to go to the US, the Canadian medical system wouldn’t cover any of the cost. Over $15,000 for each treatment had to come out of pocket. That was seemingly insurmountable, but my fighting spirit had kicked into full-force by this point. So my mom and I set out on the second part of our journey – to figure out a way. 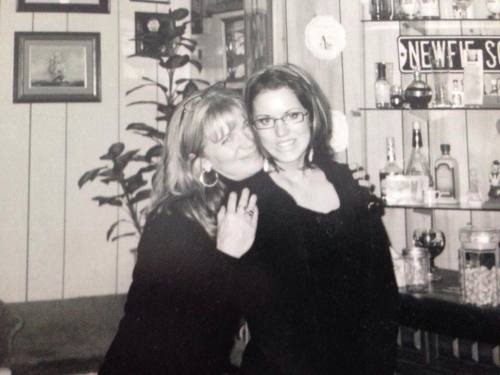 Read Part 2 of Brynn’s Story next week. Find out more about Stem Cells for Brynn on FB or follow Brynn on Twitter.

Things My Mother Taught Me