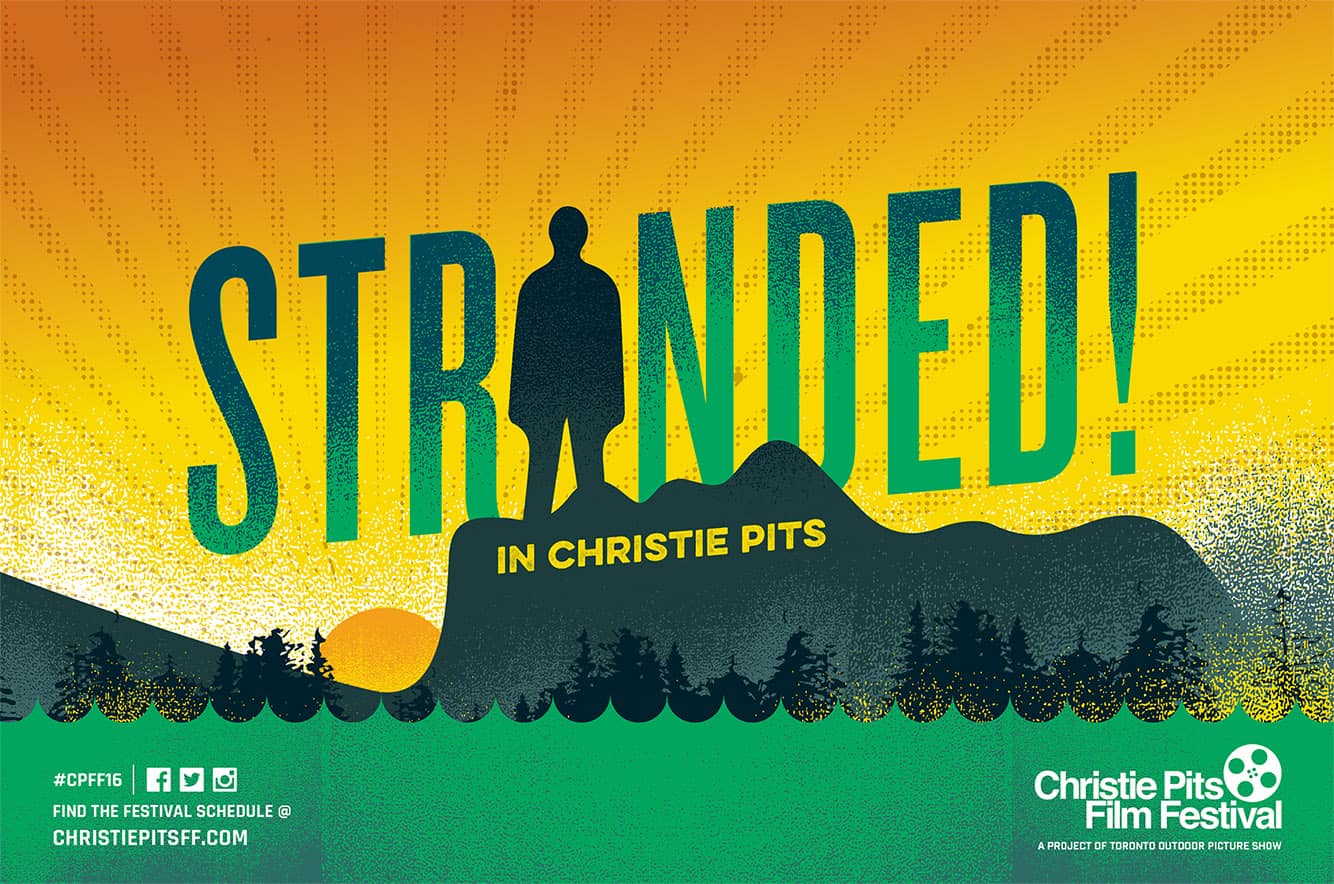 If you’ve never watched a film in Christie Pits Park surrounded by hundreds of your friends and neighbours – you’re missing out on a Toronto summer institution.

Christie Pits Film Festival (CPFF) has announced their Stranded in Christie Pits! programme, running from June 26 to August 28, 2016. All summer long in Christie Pits Park, you can sit and enjoy a spectacular selection of films exploring themes of isolation, confinement, escape, and perseverance.

The festival kicks off with Alfonso Cuarón’s lost-in-space thriller, Gravity, on June 26, followed by screenings every Sunday until August 28. And on July 3, CPFF will be holding its first-ever Pride Toronto affiliated event, with a screening of My Prairie Home, a Canadian documentary featuring the stories and music of transgender singer-songwriter Rae Spoon, and short films The Little Deputy and Handsome & Majestic. For a full listing of all films, see here.

All  screenings are free/Pay-What-You-Can (suggested donation $10) and are presented in high definition on a 40’ inflatable screen in the natural outdoor amphitheatre of Christie Pits Park.