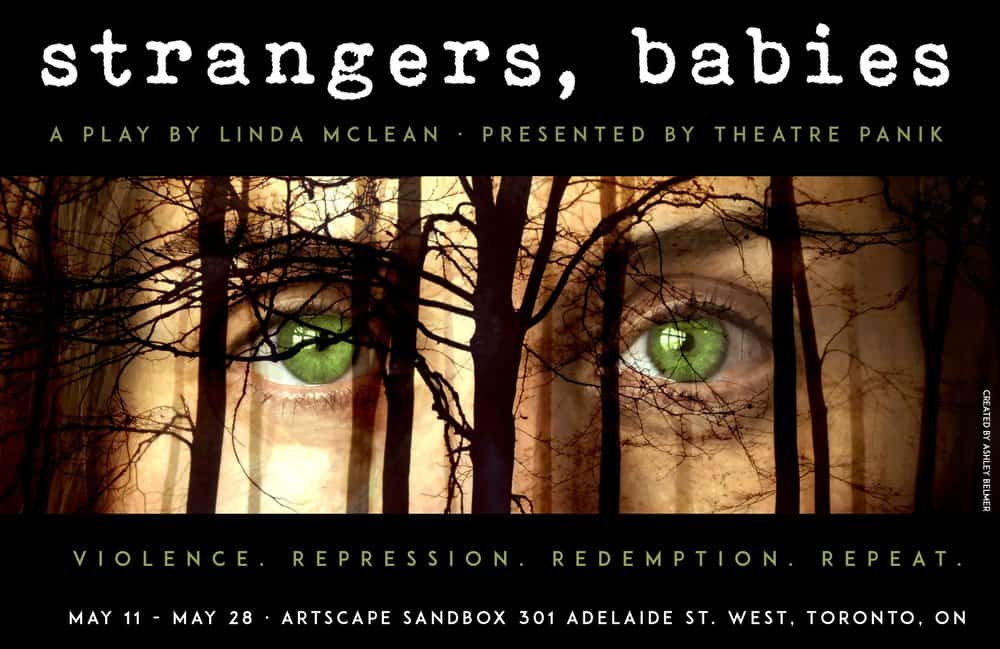 STRANGERS, BABIES: Can the past ever be forgiven?

In STRANGERS, BABIES, May (Niki Landau) struggles to live a normal life, and as the play unfolds, it becomes brutally obvious that her history continues to haunt her. When she decides that she wants to bring a baby into the world, the audience is forced to decide whether her past can ever be forgiven.

STRANGERS, BABIES is presented in a unique space, where audience members follow the action by peeping into motel rooms, spying on characters, and piecing together clues.

We chatted with Niki Landau and director Paul Lampert about the play this week.

SDTC: Can you give us the gist of STRANGERS, BABIES?

PAUL: One woman, five men. May is a woman with a dark past, but she’s got a chance at a viable future. She just has to get through each of the men in her life first.

What drew you to this play?

PAUL: Originally, the writing. It was so visceral and poetic. Then I loved the idea of a story that focused on a woman with such a complicated past, and the way she needed to move past the men in her life in order to grow. I related to the men, who feel trapped in their roles, but also to May’s need to break free.

NIKI: For me, it was the excitement, the challenge of playing such a complex, funny, dark female character. It’s rare, to find characters like that. So as an actor, you jump at the opportunity.

What are the themes in this play that speak to what is currently going on in our society?

NIKI: I think there is a huge tension right now in our society between our liberal ideals and translating those into a system that works for everyone. The play asks: Can we allow someone who has committed a horrible crime to move on? How do we have a compassionate system for people who have deeply offended our sense of right and wrong? For me, this play cuts to the heart of my liberal values and challenges them in a very nuanced way.

PAUL: There’s a secondary theme, about a longing for nature and feeling trapped in the city. The play takes place in these little rooms – an apartment, a hospital, a hotel room. What do we do with our full selves in these little rooms? How do we express our wilder sides, our anger, our passion? Something is always being negotiated or repressed in order to live in the city.

How did you approach your character, May? What did you do to prepare for this role?

NIKI: At first, I did a lot of very dark reading. It was totally fascinating, but it made for very awkward dinner conversation with friends: “Hey, did you know that this particular female murderer was prostituted as a child?” And then I sat down with a therapist for a few sessions, initially just to talk about May, what might motivate her and the mental health system that would surround her, but eventually, organically, she just started interviewing me in character. That was unexpected, but incredibly helpful.

Why should audiences check out this performance?

PAUL: Because it’s totally different from anything we’ve done, and probably totally different from anything they’ve experienced before. This production is set up more like an art gallery than like a standard piece of theatre. Each scene will be in its own diorama, like an art installation, and the audience will get to sit in or peek in on each scene, or have the freedom to check out the other “rooms.” It’s a real merging of art exhibit and theatre.

NIKI: Because it’s going to be amazing! And the entire team is worth checking out. The designers are doing an incredible job, being very creative, and in terms of my fellow actors…let’s just say that in the scenes, sparks are flying!

Is there anything that would surprise people about this particular production?

PAUL: How close they’ll get to the action. They’ll have a choice, which is unusual in theatre. In this show, they can choose how close or how far they want to be from the actors and the scene at hand.