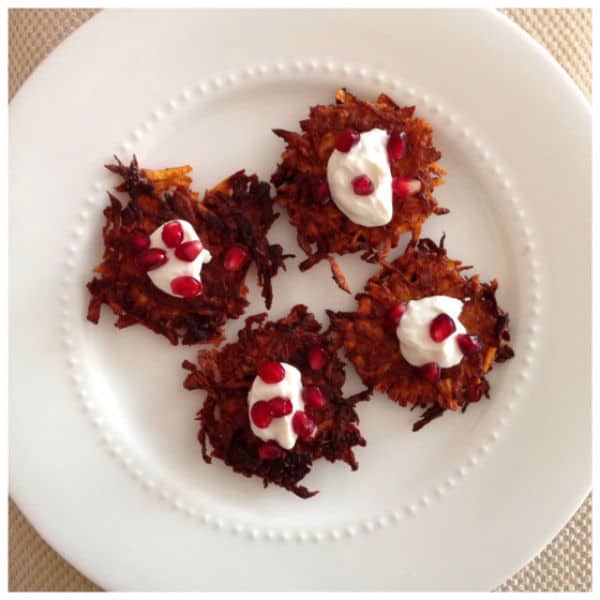 While the mister and I settle into some new traditions, I am planning on making all sorts of seasonal treats this week to mark the eight crazy nights. I kicked it off with these tasty little latkes using sweet potatoes, which my father-in-law repeatedly refers to as “the weak man’s potato” so presumably, he would not be down with my corruption of the traditional latke, but we’re trying new things! Wanna rebel with me? Read on…

– 2 medium/large sweet potatoes, peeled and grated on the large holes of a box grater

– Coconut oil for frying (coconut oil is a healthy oil that helps to bring out the sweet potato flavor, but you can also use olive oil, peanut oil, vegetable oil, etc.)

– Sour cream or applesauce for serving

– Serve immediately with sour cream and/or applesauce and garnish with pomegranate seeds!