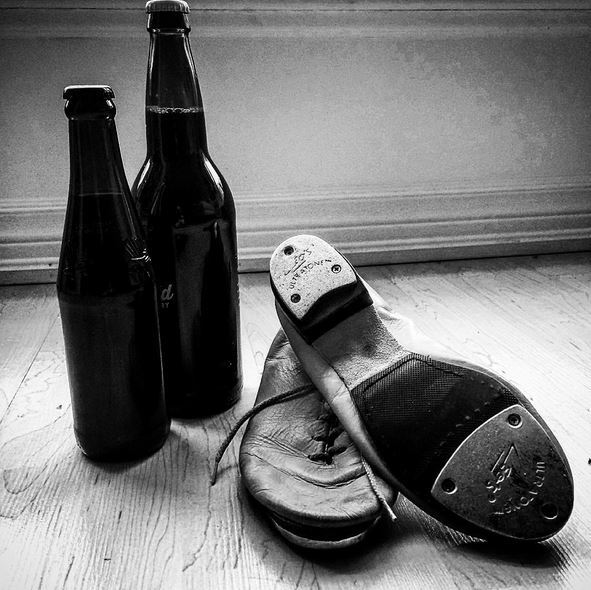 TapThatTO is quickly becoming the best way to make some noise in this city, one beer at a time. It was founded by women in the craft beer industry who get together to tap dance and drink craft beer. And now you can join in the shenanigans — they’re open to all levels of tappers (and beer lovers). They have plans in the works too, like one-day tap drop-in classes/beer education events, and little performances around the city at different bars and breweries.

We chatted with one of TapThatTO’s founders, Shannon Mulligan.

SDTC: How did this come together?

SM: A few of us knew each other from either working in the beer industry – we’ve got Muskoka, Amsterdam, and Collective Arts covered off – or from meeting up at Bevys for the Society of Beer Drinking Ladies. (Erica Campbell is a founding member.) We all love beer, and it just came out that we’d all tap danced in our younger years. Some of us are still rocking the taps. Any excuse to get together and do something fun while drinking great beer is fine by all of us, so we decided to start something a little more organized. Turns out there are many other tap dancing/beer drinking fans in Toronto!

How long had it been since you tap danced?

I did musical theatre growing up, so learning the ol’ razzle dazzle was key. I started tap dancing when I was in high school with theatre friends, and soon discovered that it’s not just about making sound with your feet…it’s also about making the right sounds, something much more difficult than I originally anticipated. It was a ton of fun though, and I’m crazy glad to be doing it again. I’m also no longer the oldest one in the class by about three years, which, in high school, meant I might as well have been 45.

Why do tap dancin’ and beer drinkin’ pair so well?

I think tap dancing and beer drinking go so well together because they’re approachable forms of a medium. Tap dancing is more relaxed and less precise than other forms of dance, like ballet, and it’s hard to take making so much noise too seriously. Beer is very similar in the world of alcohol; it’s more approachable than wine, and really goes with everything. Both are invitational, and all you really need is a pair of shoes and some taste buds, and you’re set.

Beer first, during, and after tapping! When you can cramp roll and buffalo step without spilling your pint, you know you’ve made it (we also bring a mop to our events…hey, we’re practical).

When’s your first drop-in class? Will you have tap shoes I can borrow?

We’ll be announcing more about our events in the near future. If you don’t have tap shoes, we suggest hitting up Kijiji or a used dance store, but a lot of enthusiasm and a pair of well-worn sneakers can always find a spot with us!