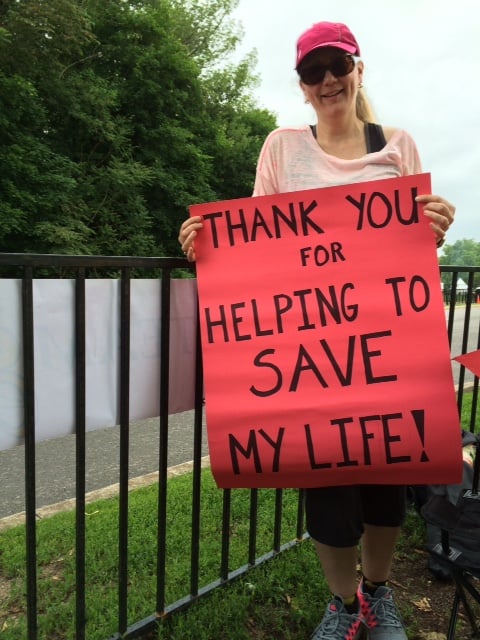 “Thank You For Helping To Save My Life”

On a rainy June day in Niagara Falls, Marion da Ponte stood next to her teenage son at the finish line for the 2015 Ride to Conquer Cancer for the Princess Margaret Cancer Centre, awaiting her husband’s cycle over the finish line. She held a sign above her head that read: “Thank you for helping to save my life.”

A vivacious blonde with black-rimmed glasses, Marion welcomes me to her living room via Skype one mid-summer morning. Upon recently returning from a Paris vacation with her husband, Marion tells me that it was in celebration of their coinciding 20th wedding anniversary and 50th birthdays. Having always wanted to go to the city of romance, Marion says, “You always say ‘one day’ but after having cancer, you think, ‘What are we waiting for?’”

In the winter of 2013, Marion had gone in for a mammogram at Women’s College Hospital and, considering that it was her first time, she was not worried at all when the receptionist phoned to schedule a call-back screening. On this second trip, she sat comfortably through another mammogram and then an ultrasound.

A technician informed Marion that he was ‘seeing things’ in the ultrasound and wanted to move forward with a biopsy that afternoon. “They did multiple core biopsies and then, when he was done, I said, ‘Okay now what happens? These tests go away and then we’ll find out they’re benign?’ I couldn’t even say ‘cancerous’. And he said ‘Yes, and then we’ll see if they’re benign.’ I thought about it and asked, ‘So do you think they are benign?’ And he said ‘No. I don’t think they are and I’m sorry to tell you that.’”

The technician brought in the head radiologist to meet with Marion. “Both of them kept saying, ‘We caught this early and you have to keep thinking that in the end, you’ll be fine. And your good attitude will stand you well. Good luck to you.’ They kept saying ‘luck’ and it wasn’t until the second or third time they said it that it occurred to me that I actually had cancer.”

Marion describes leaving the hospital both in shock and extreme gratitude. Unsure of how to proceed and not wanting to give her husband the news over the phone, she went to her meetings. “You’re given this really big news but you quickly realize life goes on. So I just thought the best thing to do was keep busy and keep moving.”

Ten days later, Marion’s cancer was formally confirmed through her family doctor. It was a rare and aggressive form of breast cancer called Invasive Ductal Carcinoma. Without hesitation, Marion elected to receive treatment through the The Princess Margaret Cancer Centre. With Marion’s rare form of cancer, her treatment and recovery would indeed be unique.

And this is where The Enbridge Ride to Conquer Cancer really helps patients. Every year the two-day, 200-km ride between Toronto and Niagara Falls grows in participation. Cyclists enter the Ride, raising funds with their sign-up. It’s these funds that directly contribute to the Personalized Cancer Medicine, research, and treatment advances that helped to save Marion’s life. Since 2008, Ridehas raised over $138 million for The Princess Margaret. 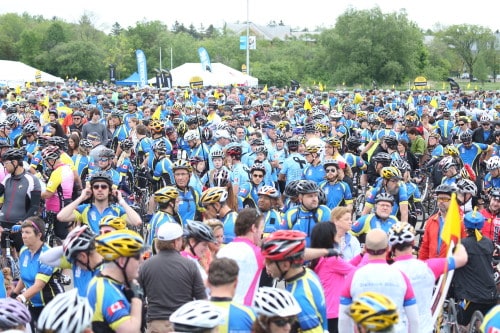 At the Princess Margaret, Marion met with her breast surgeon, and because she was a good candidate for reconstructive surgery, she also met with a plastic surgeon.

“Anyone else that I’ve known who has had breast cancer, who is younger, they normally have a lumpectomy and then radiation. And so that’s what I was expecting,” recounts Marion. However, because of the type of cancer and the location of the five small tumors in her breast, her surgeon recommended a full mastectomy.

Marion elected for the surgery, choosing the DIEP (deep inferior epigastric perforator artery) Flap procedure, whereby fat, skin, and blood vessels are cut from the wall of the lower belly to rebuild the breast.

The whole procedure was ten hours long and left Marion very sick. Convinced it couldn’t get worse, Marion learned the following morning that there was a problem with the transplant’s circulation and drainage. She would need another surgery.

“I said to the resident ‘Look if you need to take [the transplant] out, that’s fine. Just take it out.’ And he was so great. He got down on his knees next to my bedside, held my hand and said, ‘I promise we are going to save what’s here. You are not going to wake up without a breast.’ The compassion he showed is something I will never forget.”

Marion went into another eight hours of surgery but when she woke up, she had a fully reconstructed breast.

While recovering, Marion would take walks around her hospital floor. On one such walk, she stopped at the window for rest. From across the street at Toronto General she could see clearly through the window the great banner that hangs from the The Princess Margaret Cancer Centre: “We Will Conquer Cancer In Our Lifetime.”

She reveals, “I was buoyed at the thought that someone thinks we will conquer cancer.”

Marion’s husband, Daciano, completed this year’s Ride in Marion’s honour. Having been an avid cyclist in their university days, Daciano focused his efforts this past fall toward training and fundraising.

Describing the finish line in Niagara Falls, Marion remembers standing in the rain with her teenage son, Xavier, waiting to watch Dad and his team cross the line. Marion even recalls one cyclist, having broken his bike, running the last leg with the bike over his shoulder. “That image brought me to tears,” says Marion. “To see all the support, to see how many people would do this for the people they love.” Marion tears up at the memory, “It was really very moving.” 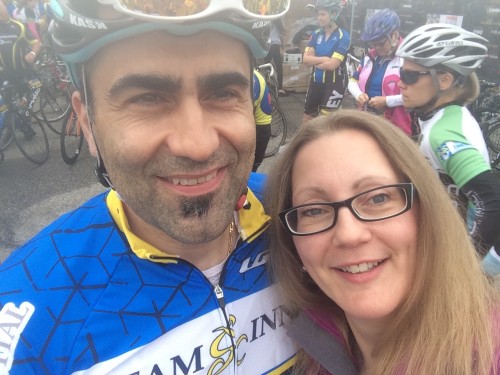 Marion has been given the ‘go ahead’ by her doctors to start training for the 2016 Ride to Conquer Cancer, which she plans to ride alongside her husband. She hopes that this will be an opportunity to give back to the The Princess Margaret Cancer Centre and ensure that cancer innovation will continue.

Today Marion is cancer-free. At the end of our interview, I tell Marion that her story is inspiring and I cannot get over her bubbly spirit and optimism. She says, “Well keep that in check, because there are a lot of people that are not so lucky.”

Marion isn’t wrong. According to the Princess Margaret Cancer Centre, two out of five Canadians will be diagnosed with cancer. Every day, 539 Canadians are diagnosed, 214 dying from the disease. Through innovation, research, and continued medical developments, Ride is helping in the race for more survivors.

For further information on how to donate or sign up for the 9th annual race in 2016, visit The Enbridge Ride to Conquer Cancer’s website. 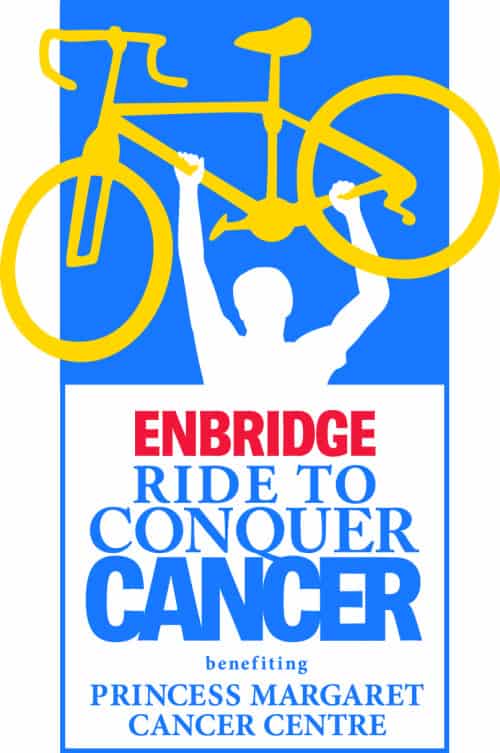