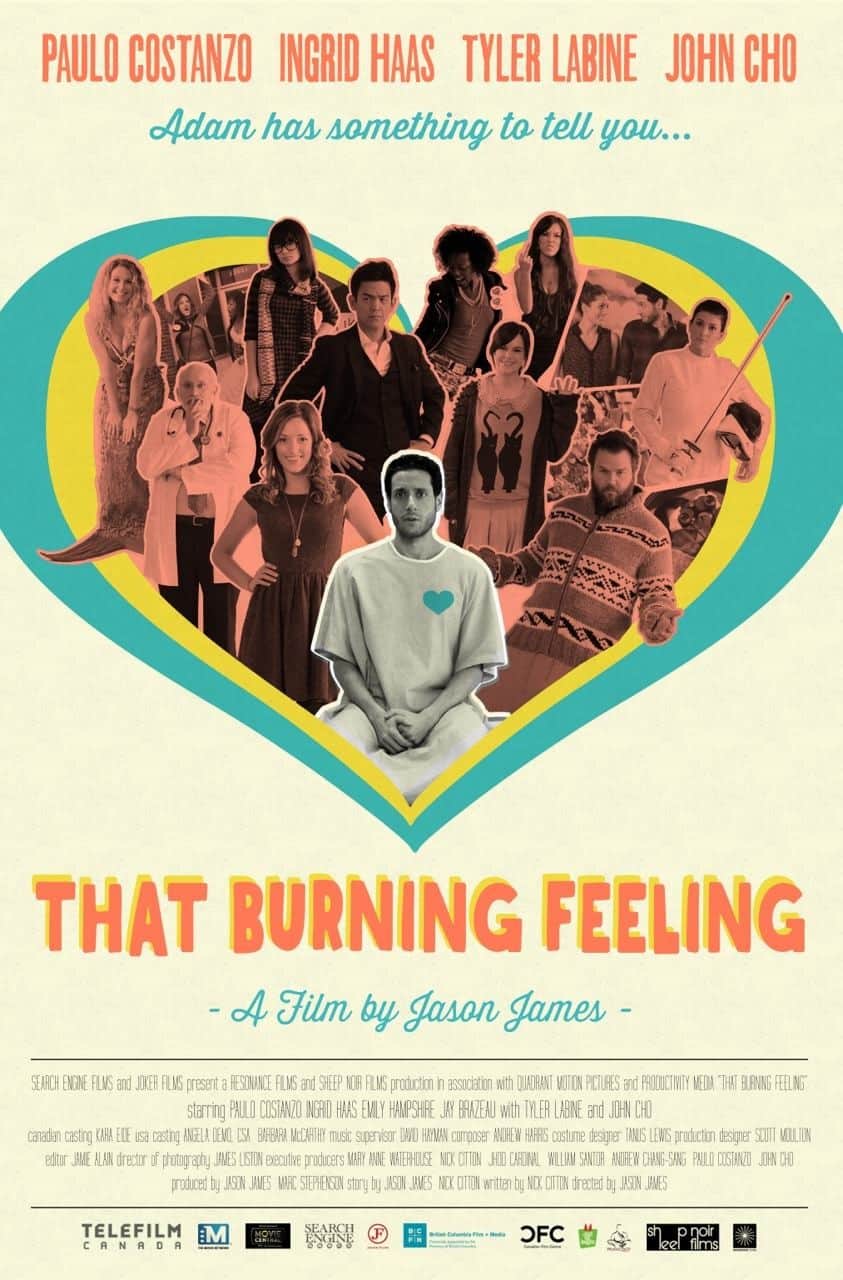 CONTEST! Enter to Win a Double Pass to That Burning Feeling

So you’ve gone to bed with your dream girl (or guy). In the morning, they’re gone, but they’ve left you a little present—gonorrhoea. Okay. You’ve had an emergency BFF-call, visited your doctor, and stopped by the pharmacy. Now all that’s left is to tell that guy from last week. And the one from the week before. And the other one…

That Burning Feeling takes everyone’s nightmare—having to tell a person that you might have infected them with an STI—multiplies it by THIRTEEN, and somehow turns the whole thing into a romantic comedy. From director Jason James, the film stars Paulo Costanzo (“Royal Pains”, Road Trip), John Cho (the Harold & Kumar and Star Trek franchises), and Tyler Labine (Tucker & Dale vs. Evil, Rise of the Planet of the Apes) with Ingrid Haas (“The Chelsea Handler Show”), Emily Hampshire (The Trotsky, Cosmopolis), and Jay Brazeau (Best in Show, Gunless). Deadpan, deadly hilarious, and full of hot Canadian talent, this film makes the best time out of a worst case scenario.

It’s also exciting for another reason: it’s the first feature from Telefilm Canada Features Comedy Lab, an innovative and encouraging new program designed to foster Canadian film talent. Now, after a hugely successful run at festivals across North America, the film is coming home! Support Canadian talent and laugh a lot at the same time by checking this thing out in theatres and telling other people about it! Canada deserves its own, thriving film and television industry, and it’s kind of up to us to ask for it.

We want to send you and a friend to the advance screening on Wednesday, April 23rd!

To win tickets, TWEET: “@Shedoesthecity, please send me to #ThatBurningFeeling, I’m in the mood for a rom-com!”

Advance screening will take place at the Cineplex Odeon at Yonge and Dundas at 7:30pm on Wednesday April 23rd. Good luck!