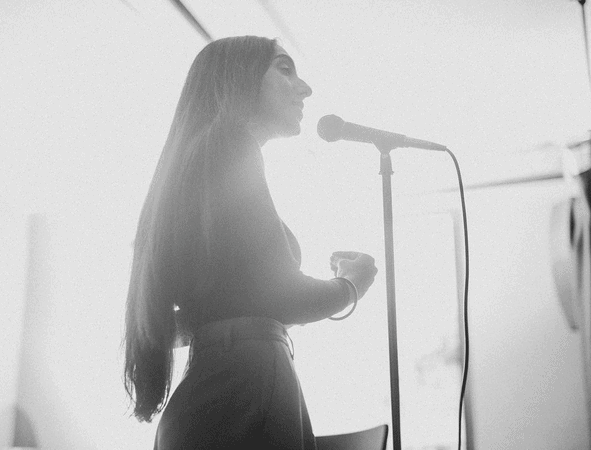 I first became familiar with Rupi Kaur’s glossary of emotionally splendid jewels when she took Instagram to task for deleting her photo of a woman lying on a bed and menstruating. It was removed by the site for not following their “community guidelines.” A small drop of period blood could be seen through the woman’s clothing and apparently this was too controversial for the public to observe. Instagram prohibits images of sexual acts, violence and nudity and they somehow thought the natural shedding of a uterine lining was equally as offensive. Kaur wrote a masterful response:

“I will not apologize for not feeding the ego and pride of misogynist society that will have my body in an underwear but not be ok with a small leak when your pages are filled with countless photos/accounts where women (so many who are underage) are objectified, pornified, and treated less than human.”

Amazing, right? Are you already falling for her as hard as I have? If anyone knows me at all, they know that I talk a lot about periods. I have a podcast called The Crimson Wave where the main subject being discussed is menstruation and I have written multiple pieces on the topic that range from celebrating the act of period sex to listing off the many reasons why every menstruating person NEEDS to own a menstrual cup (because they’re incredible).

So when I heard about this warrior-like woman protesting against the sexist, anti-period practices of Instagram, I was instantly obsessed with her. I mean, how could I not be? She reveres that time of the month as intensely as I do. Her photos are breathtaking. She is a twenty-something Canadian female artist pursuing her dreams. We have so much in common! Of course I’m going to fangirl out over her. Like me, she strives to “demystify the period and make something that is innate ‘normal’ again” in her work. THAT’S EXACTLY WHAT I DO. PLEASE RUPI KAUR, BE MY BEST FRIEND ALREADY SO WE CAN SYNC UP WITH THE MOON LIKE TRUE FOREVER PALS.

It wasn’t until recently, when I learned that she is also a magnificent poet, that I began to worship her. I now bow down to her writing every single time I devour her life-altering creations, and no, I am not exaggerating when I say life-altering. I distinctly recall the first Rupi Kaur poem that my touched my soul (every single one touches my soul FYI). The poem reads: 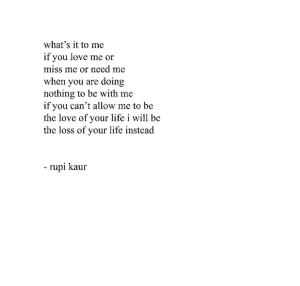 When I observed those words I was in the middle of ending a tumultuous relationship with an individual who would often express his strong feelings of like towards me but would never put in any effort to see me or talk to me or be with me. He was all words and no action, but at the time I didn’t fully grasp what was happening. I was simply a person on the verge of being in love whose mind was confused by the contradictions within this non-relationship. Then I found this poem and it perfectly explained to me what was happening between me and this man. It summed up my frustrations and disappointment and the conclusion I was coming to without even realizing it. My pain was right there on the page, and apparently Rupi Kaur had experienced the exact same turmoil in her own romantic endeavours.

The next poem I read revealed a different truth that the world needed to hear: 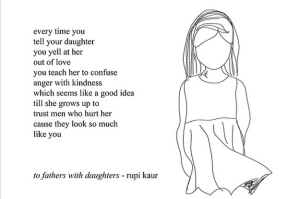 I had immediate flashbacks to my second boyfriend who would regularly torment me with violent language, which he claimed came from a place of affection. He was trying to help me by presenting what he considered to be my many flaws in the most aggressive, hurtful, terrifying manner possible. He wasn’t verbally abusive in his opinion. He was a caring boyfriend who wanted to see his girlfriend thrive, after she started to comprehend how truly awful she was.

The tears continued to flow, and didn’t stop as I landed on Kaur’s Facebook page, where I spent hours reading poem after poem after poem and wondering how I ever existed without her magic in my life. On International Women’s Day, this gloriousness was being shared a lot: 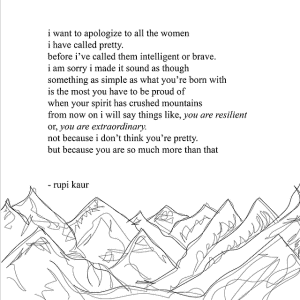 Or how about this exquisite piece of advice that all women need to absorb: 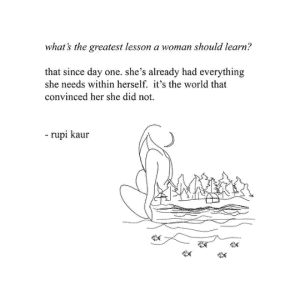 And this universal piece about how society can and should improve: 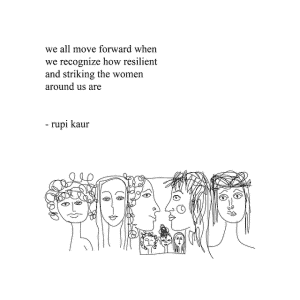 And this tragic ode to break-ups: 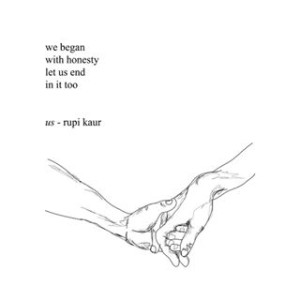 This short, yet amazingly powerful poem specifically written for WOC: 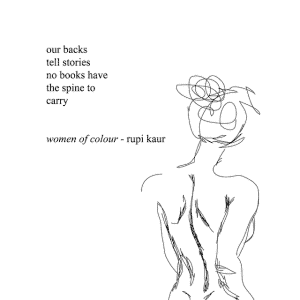 After spending the better part of a year being a full-on Rupi Kaur devotee, I was thrilled to discover that she had a published book of excellence that I could hold in my hands and sleep beside nightly. A soon as milk and honey arrived on my doorstep, I couldn’t put it down. I consumed every syllable ten times over before I took a break. When I came upon the poems about her relationships with her parents, in particular her distant father, well, this was when a new brand of weeping arrived within my body. I wondered if Rupi Kaur was using my personal life experiences to inspire her work. I couldn’t believe how very similar our struggles are with the individuals who were supposed to be our saviours. I called my sister and read this poem to her on the phone because I felt she needed to hear it. We nodded on other ends of the line together, relating beyond recognition. 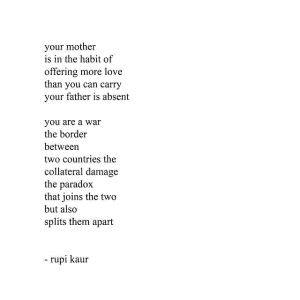 In my twenty-nine years on earth there have been few emotional journeys as grand as reading Rupi Kaur’s book. Who knew that I would learn to appreciate the art of poetry as deeply as I currently do? Not only do I appreciate the work, I cannot live without it. I have delved into the words of dozens of other poets as of late and my existence is richer because of it. I have also begun spilling my heart into rhetorical devices and have discovered parts of me that I didn’t know were there. Parts that I have kept hidden. I would advise every emoting person to try their hand at writing poetry, and exposing themselves to Rupi Kaur. She will mentor you without even knowing she is doing so. She is a true legend in every sense and someone who deserves attention, praise and support.

Poetry You Can Fall In Love With: A List of Recommendations