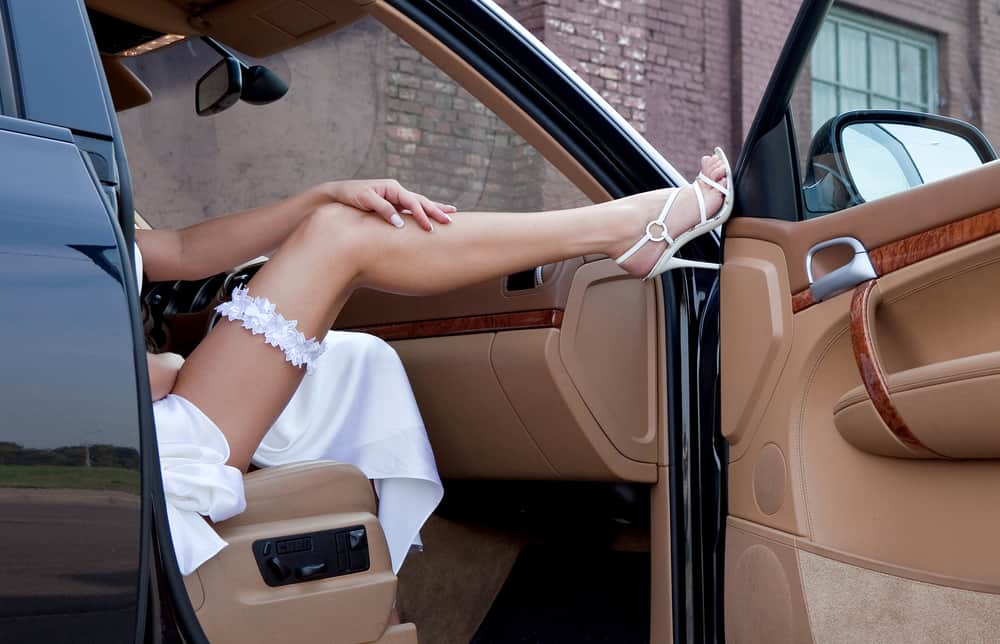 The Feminist Wedding Diaries: I Don’t Want My Wedding To Be “Tasteful”

Since getting engaged, I have encountered countless articles about how to have a tasteful wedding. I’ve read about how to find appropriately fashion-forward, yet classic, bridal dresses. I’ve also gone through in-depth think pieces on how to select an elegant invitation. Oh, and I’ve sifted through far too many admonishments about the need to make the garter toss a classy event. Because, apparently, rather than embracing the raunchiness of this custom, we must accept there is a non-classy way for your new spouse to lift up your dress and throw a sweaty, used undergarment into a throng of people, as well as a good and proper way to do so.

As someone who grew up totally preoccupied with the idea of tastefulness, you would think I’d be absolutely obsessed with having a sophisticated and stylish wedding. Yes, there is a totally superficial person inside me who grew up caring about finding the right shoes for her high school graduation, or eschewing blue eye shadow as too garish. I truly believed what I purported to like was a reflection of my own self-worth.

When I was 13, I was so committed to being perceived as a person with good taste, I actually refused to pick up an NSYNC CD for my baby sister on a trip to the mall. Being too young to take the streetcar downtown to visit Toronto Eaton Centre herself, my ten-year-old sister offered to give me some money she had saved to procure a copy of No Strings Attached. I flat out refused to do this favour. “Gross, I don’t want my friends to see me buying that! I want to buy cool things, like the Edwin CD!” Looking back, I was definitely on the wrong side of history. I have no idea what became of Edwin, but I do get stoked any time I hear “Bye Bye Bye.”

Anyway, when I was but a youth, the top priority in my life was being seen as a cultured, discerning person. My friends and I screened movies with subtitles at sleepovers and gushed about the titillating lesbian subtext in the poems of Christian Rossetti. Then we went home and watched Dawson’s Creek in secret.

Now, I’m an adult. I no longer assume things that are popular are bad. I realize criticizing something for being “common” or “déclassé” is tantamount to saying most people are gross and their opinions are invalid. The notion there is such a thing as “good taste” versus “bad taste” is a construct used to discredit anyone who dares to do things the elites dislike.

Who exactly are these elites who get to decide what’s “tasteful” anyway? Sexist critics like Ian Crouch, who raved in The New Yorker about Ryan Adams’ cover of 1989, but would not deign to review Taylor Swift’s original version? Yeah, douche bags like that can suck it. I’m tired of serving fashion masters like Anna Wintour, or domestic goddesses like Gwyneth Paltrow. I’m through with allowing style magazines and fancy Instagram accounts to dictate what I should like.

In my limited experience, I have found that weddings force you to confront your tastes on many levels. There are literally hundreds of tiny decision you must make while planning one, all of which, the editors of wedding magazines insist reflect the kind of bride you are. Apparently, your reception isn’t just a party you’re throwing to celebrate getting a marriage license, it’s a referendum on how valid a person you are. In recent years, the pressure for engaged people to plan a polished event has only mounted. In a post-Pinterest world, your wedding must not just be a fun affair, it must be curated.

It’s no longer just Martha Stewart Weddings telling us what to do; it’s self-appointed social media tastemakers joining the chorus of people bullying us into making the right choices for our wedding. Heaven forbid the bride gets too tipsy or the happy couple neglect to choreograph their first dance! In 2016, such missteps are probably grounds for annulment.

Well, I reject the tyranny of good taste. I reject Pinterest pages that explain how to make unique centerpieces from stones found washed up on the beaches of Cape Cod. As of now, the criteria my partner and I have adopted for planning our wedding is this: Do we like it? If yes, it’s part of our plan. If not, it’s dead to us, like Downton Abbey. (Man, did that show go down hill!)

I fully accept our wedding is probably not going to be a classic affair by anyone’s standards. For example, we’re planning on using “Pony” by Ginuwine as our recessional, because well, my partner is “just a bachelor looking for a partner.” We don’t need to pretend to like Johann Sebastian Bach to impress anyone. No disrespect to Bach, but he’s not our thing. If other people look down on “Pony,” well, they are clouded by the societal biases of a world that often under-appreciates the brilliance of R&B.

The entertainment at our wedding reception is another thing people with good taste might refer to as tacky. Rather than having a big band, we are opting to recreate the Much Music Video dance parties of our tween years. We found a DJ who mixes videos, and we’re ready to dance it out in a drunken stupor. We’re even going to buy glow sticks our friends can proudly wear on their heads as they dance to the Spice Girls. Why? Because we can.

Having said all this, I fully admit I can be a bit of a good taste hypocrite. I myself am guilty of snobbery from time to time. But I’m working on it. I’m working on conquering my fairly arbitrary personal dislike of French manicures, bandage dresses, and anything I associated with da club. Who am I to judge what other people find appealing? As long as people aren’t hurting anyone, they should be allowed to like what they like. In my case, what I like is offbeat dancing in front of a giant projector playing Britney Spears’ classic video for “Baby, One More Time.”

Ultimately, my partner and I are going to be as tacky as we wanna be on our big day. We aren’t going to worry about understated colour palettes, or whether truly smart people serve red wine at their cocktail hour. I even promise not to pass judgment on a certain relative of mine who likes to put ice cubes in her hot totties. You do you, auntie!

Screw good taste. When it comes to my wedding, I just want to have a good time…

#MyHomeSense Contest: Enter to Win a $300 HomeSense Gift Card to Help You Get Organized (on a Budget) this September!