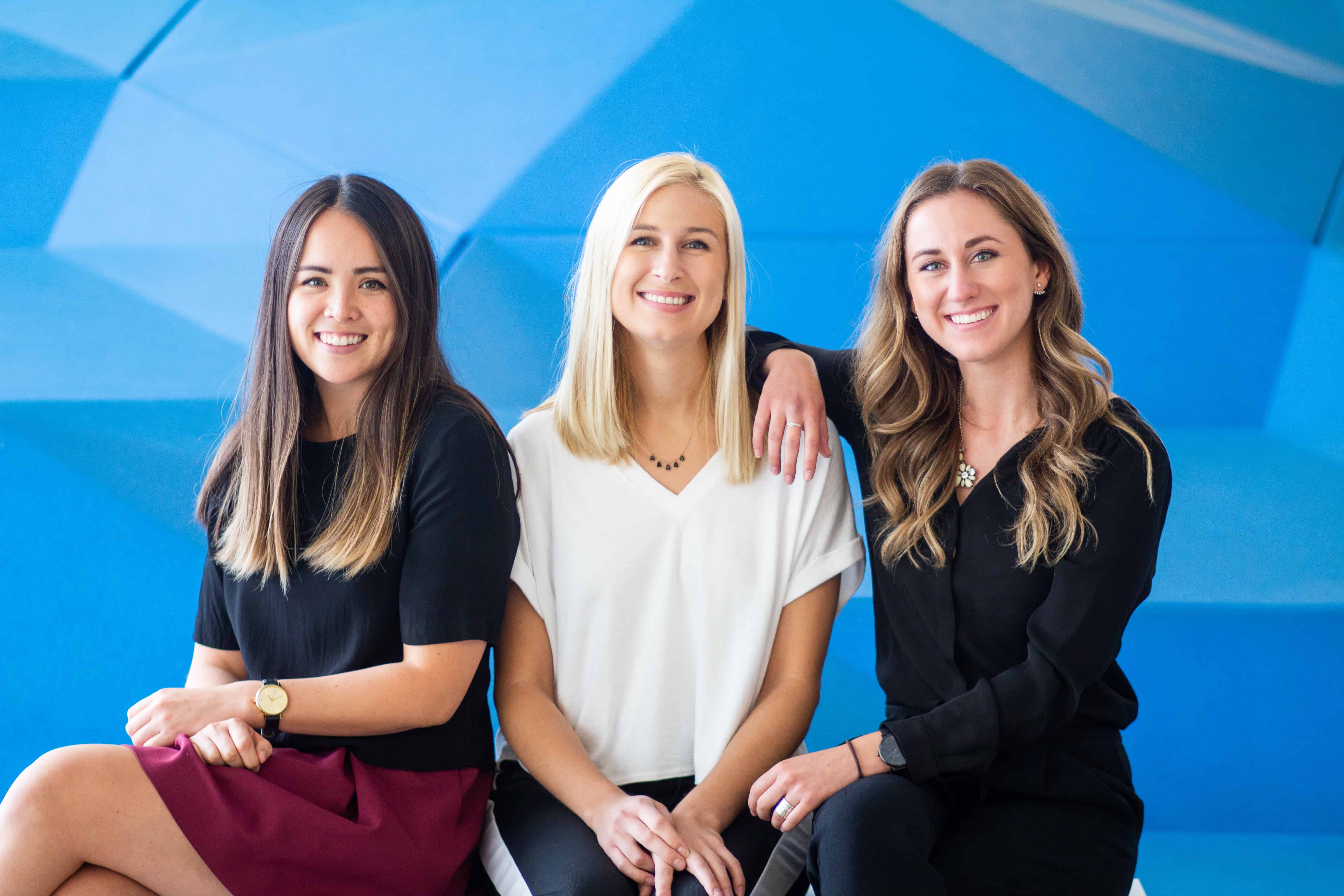 It’s no secret that the sports media landscape is dominated by men. A paltry 14% of sports journalists are female, 4% of coverage is on female sports, and 0.4% of sponsorship is spent on female athletes. (That’s right: there’s a zero before that number.) All of this helps to push women out of the conversation surrounding sports, until now.

Frustrated by the exclusion, alienation and extreme lack of representation, Ellen Hyslop, Jacie deHoop and Roslyn McLarty set out to make sports content and experiences accessible to everyone by creating a community for women and by women.

The GIST is a sports publication that empowers readers to feel confident to join in the sports conversation. With twice-weekly newsletters, subscribers can get the “gist” on everything that’s going on with quick, fun, and up-to-date coverage.

We caught up with Hyslop this week to find out more.

SDTC: How did The GIST come to be?

EH: Jacie, Roslyn and I met way back in 2010 during our first year of our commerce undergrad at Queen’s. We graduated in 2014 and moved to Toronto, where we all started working in different areas of the financial services industry. It was there where we saw how sports unite people and provide a sense of community, but also how sports and the sports conversation can be exclusionary, particularly for women.

It was a night complete with takeout and a couple of bottles of white wine when we actually fully realized this and came up with our initial idea of The GIST to try to solve this issue. Resolved to address the problem head-on, we started The GIST initially as a side hustle to our corporate jobs, but then left corporate in May 2018 to take The GIST to the next level.

Why, in your words, is it important to have a publication like yours today?

We think that The GIST is important because it is levelling the playing field in sports. Currently, less than 14% of sports journalists are women, female athletes receive less than 4% of sports media coverage and consequently less than 1% of endorsement money, and of the C-Suite position in sports, less than 5% are held by women. As a result of this lack of gender diversity, it’s no wonder why it sometimes feels like sports is a “guys thing” and a community for avid fans only.

We also know that young girls drop out of sports at double the rate of their male counterparts by the age of ten. And we know that when girls stay in sports, they perform better in school, have better relationships with their friends and have a healthier self-esteem. 94% of female CEOs have a competitive sport background.

So, to help change all of these stats, our goal is to connect and empower women through sport by providing sports content and experiences that are by women and for women. Because to us, sports are, and should be, for everyone.

Can you walk us through a day in the life at the GIST headquarters?

We wish that we could walk you through a typical day in the life at the GIST HQ, but every single day is remarkably different, which is part of the reason why we love it so much. It ranges from creating content, having strategic meetings, sending out packages to our GISTfluencers (when you share The GIST newsletter with friends you get rewarded for it), speaking on panels, working with brand partners, pitching to investors and putting together decks. The GIST definitely keeps us on our toes. 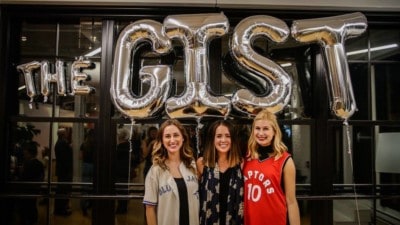 From a very young age I have absolutely loved sports; they’ve always been my passion. I’ve played competitive sports my entire life, and when I was little, I thought I would grow up to be a sports anchor.

Since high school, I’ve been really passionate about gender equality and business. From that respect, you could say that The GIST, in combining my passion for sports, female empowerment and business strategy, is really my dream career. I also love working with Jacie and Roslyn every day; they’re such intelligent and inspiring women, and I love that we’re building The GIST together.

I think what we all love most is receiving feedback from our GISTers (what we call our audience) that they’re so happy that The GIST exists, or that they feel confident to join the sports conversation now, or that they never used to like sports, but now they consider themselves a sports fan, that they appreciate us covering women in sports, or that they love being part of our community around sports. It’s those emails, DMs and tweets that keep us motivated to do what we do.

The Canadian Women’s Hockey League announced last month that it would be shutting down due to a poor business model. What was the general reaction at GIST? What kind of message do you think this sends to young women who have dreams of pursuing professional hockey one day? What do you think could be done to bolster women’s hockey teams and players across Canada?

At the same time, our professional women’s hockey players deserve more. The CWHL just started paying its players a couple of years back, and players on average are paid $2k annually, meaning that the majority of the players needed to have another full-time job to support themselves.

Over 200 of the world’s best hockey players are holding out on playing until a better cross-border league is developed. And we totally applaud and respect them for doing it. There’s a lot to be done, but we’re confident between the other leagues, sponsors, players, etc. they’ll be able to get it done. The players deserve it and young girls of tomorrow also deserve it.

What’s a piece of advice that has resonated with you lately or has guided you in your professional journey?

We do our best to surround ourselves with people smarter than us and more experienced than us, so we’re lucky to receive a lot of great advice. I think one of the more recent pieces of advice that we have had is that you always need to have a North Star in your business. That North Star for us really dictates our content decisions and business decisions. It’s great to always come back to that guiding light.