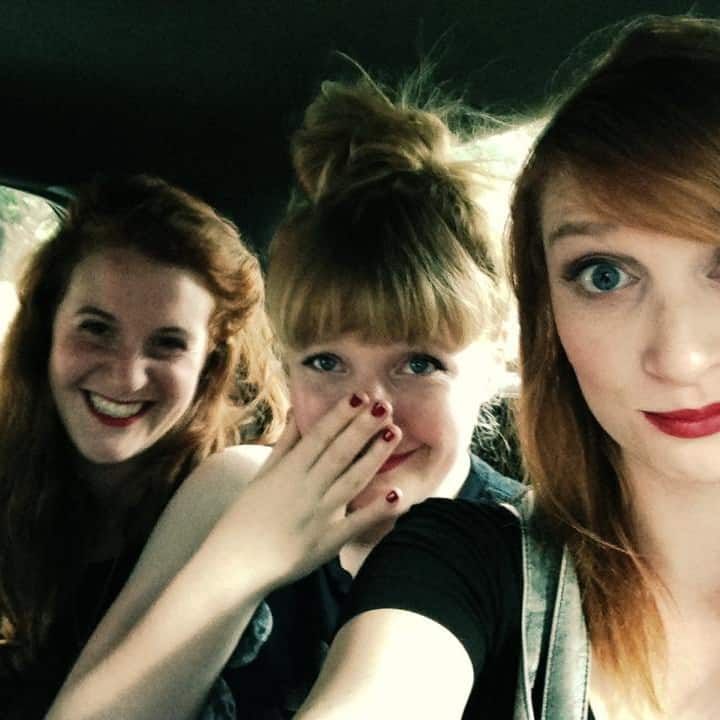 You’re a grown-ass woman, but that doesn’t mean that a proper, official Buddies Road Trip will ever stop making you feel like a 16-year-old who just got her license and can’t belieeeeeeve her parents are going to let her have the car OVERNIGHT. Road trips are one of the great joys of summer (when Lear-style tempests aren’t making it unsafe to drive, thx Toronto weather) and Canada is a great country for scenic drives. Remember when I went to the Big Apple? (You don’t, it was several years ago and important only to me, but now you can revisit it and put it on your itinerary for your next trip to Montreal/Kingston/generally East of here.) The province is your oyster… ooh, I want to drive to the east coast for oysters now. These are some tactics I will employ while doing so.

Put it into high gear, organizationally

CAR REFERENCE. I know about gears. And transitions. Mufflers! Okay, organization stuff: divide responsibilities. Have your Math Friend figure out the costs of this road trip in advance, and get everyone to pool money before you even hit the road. Other pals can figure out the best route, tunes, and any highly desirable stop overs (“The Land of Make Believe” in Hope, New Jersey, anyone?). Everyone should be aware of the size of the car and pack accordingly, no one wants to be stuffed in the back of a Kia Rio like a bunch of sardines. If the car owner wishes, driving duties should be split up before you head out. Basically the fun, carefree bits of the road trip can be a lot more fun and carefree for everyone if the stupid business-y side of things is taken care of right at the start. Spreadsheet up.

As seriously as if they were wielding an actual shotgun. (Do not, under any circumstances, bring a shotgun on your road trip. Unless it is a hunting trip I guess, but I’m completely unqualified to help you with that, so let’s just presume “no guns” is a fun and cool rule for a weekend getaway/life in general.) I mean it, kids. The person who gets to ride up front is in charge of some very important tasks, including but not limited to: giving clear directions well in advance of off-ramps, staying awake when the back seat inevitably falls asleep, DJ-ing for everyone and inciting sing-a-longs as needed, feeding the driver like a precious hummingbird, no eye-contact high fives after some hilarious “driver’s humour.” If you can’t handle the heated seats, get out of the kitchen, nah’mean?

Sure, you’ve got almost a full day of driving ahead of you. Sure, you’ve never liked your friend’s boyfriend and they’re in a fight right now. Well can it, Chatty Cathy. Keep it yourself, Loudmouth Loretta. LOOSE LIPS SINK SHIPS, BLABBY BETTY. This is not the time for heavy duty conversations that could get volatile. Where will you go? Staring petulantly out the window and giving the car the silent treatment is so 2002 (when we were all 14), and can really bring down the vibe of the trip. Try to keep car discussions fun and light. I once very happily played “Name That Tune” for two hours. Also consider “My Cows,” “Who Would You Do” and any other games normally played in the back of a school bus.

Obviously the most important part of any road trip. Take enough snacks to last most of the way, but stop off at some fun weird locations to pick up more later. You know how snacks work. Now for the tunes: once, my friends and I were road trippin’ home after a particularly wonderful cottage weekend together, listening to country radio (“more wattage for your cottage”) after the car iPod had died. (Bad form, normally, but just wait.) 107.7 THE WOLF was blaring fun Dad-rock and we were all singing along and loving it pretty hard. We stopped at an intersection and Elton John’s “Rocketman” came on. As the song ascended, the light changed to green and we all sang ROCKETMAAAAAAAN very aggressively while driving up a hill. When the hill leveled out and the song ended, we all went weirdly quiet until someone asked “Did… did it seem to anyone else like the car was possibly going to actually take off and fly while we were driving and singing just now?” We all agreed that it had, and promised never to speak of it again. (Sorry guys.) (Also, what is wrong with us.) Anyway, the right tunes can make an entire car of semi-adults hallucinate the power of flight for their vehicle, so get a good playlist going. Stuff you can belt to. Stuff the car can harmonize very sincerely with. You are in a private karaoke booth going 120km per hour. Use it. Safe flight.