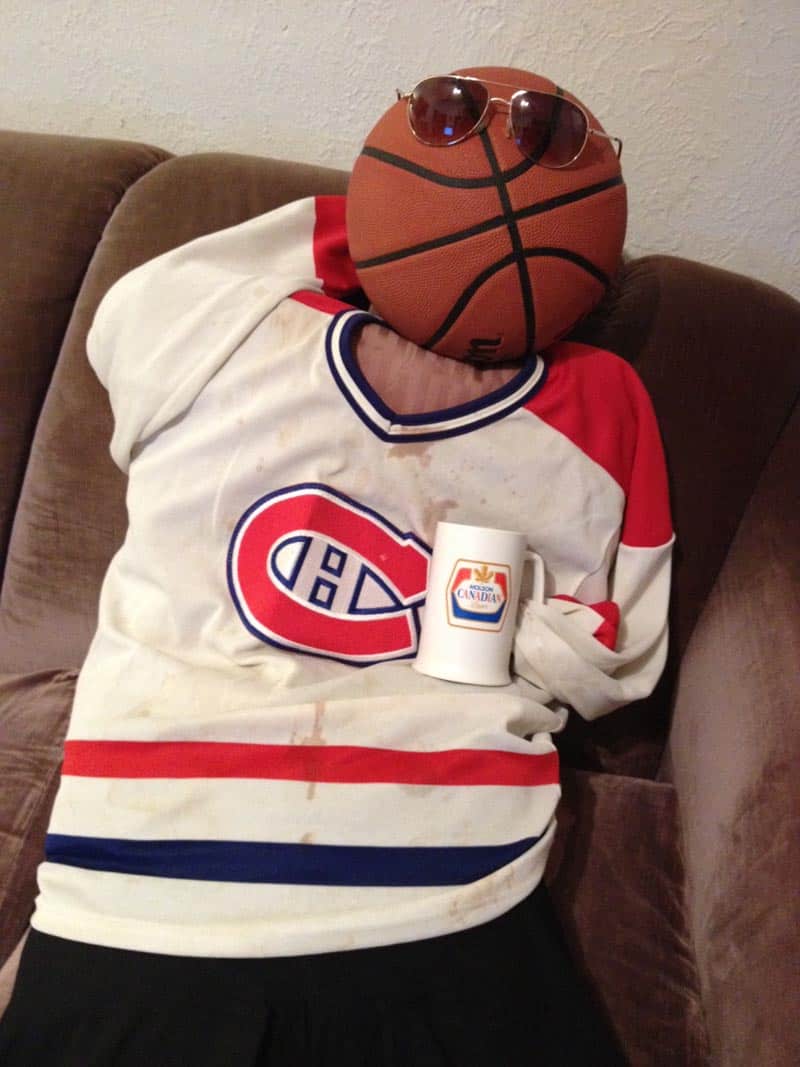 "In hindsight, the legend of the hockey curse may have been a clever ploy to keep me occupied so he could have some peace during game time."

The Hockey Curse: Why You’ll Thank Me for Not Watching the Playoffs

The buses bearing the illuminated phrase “Go Canadiens Go!” should’ve been my first clue. If there’s one thing STM workers are good about, it’s encouraging the home team. “Did you know the Habs are going to the playoffs?” my husband asked. No, I didn’t, and being this out of the bleu-blanc-rouge loop meant left my face red. So, in an effort to support the team, my initial reaction was to avoid any and all live coverage of their playoffs games. You see, my support might spell their doom: I have had a hockey curse for years.

Don’t get me wrong, I like hockey just fine. Not liking it in my family might be grounds for disownment. My paternal grandfather was a star goaltender back in his university days –  he almost played for the Chicago Blackhawks. My maternal grandfather was a dedicated Canadiens fan. He’d sit on the edge of his seat, watching intently. I never met either one of these men, but I still see their influence in the form of my dad and mom, sipping beer, anxiously concentrating on the playoffs, as they’ve done together for over three and a half decades.

While my cousins and siblings probably care more about the sport than I ever will, I did do my best over the years, as did my father who had to deal with my specific brand of hockey spectatorship. When not asking him to re-explain icing for the hundredth time, I waxed philosophical about body image (“Do you think the goalie ever worries about his butt looking big in the camera that’s right behind him?”), intention (“Why did he get a penalty? He obviously didn’t do it on purpose!”) and aesthetics ( “If I’d lost that much weight, I wouldn’t be caught dead wearing plaid. It’s doing nothing for you, Don Cherry!”).

In hindsight, the legend of the hockey curse may have been a clever ploy to keep me occupied so he could have some peace during game time. Here’s what happened: Once, when I was a kid (not exactly sure how old, but somewhere between old-enough-to-stay-up-to-see-all-of-Hockey-Night-in-Canada and too-young-to-know-not-to-take-everything-adults-say-seriously), I watched a game with my dad. Our team lost. “It’s probably because they knew you saw them,” he said. I was mortified, though admittedly intrigued that I had such powers.

A few years later, I tempted fate, taking in a game with my dad at my childhood home. He noticed something strange: every time I got up to pee, our team went up a point. (It should be noted that I pee often, so we did particularly well that time.) Superstitious, I listened to the rest of the game on the radio.

So now that the Habs have made it to the playoffs, I promised myself not to catch any of the games. It was the least I could do, I thought. But after this past week, I’m not so sure.

During the first game, I walked by a packed café of fans on St-Viateur, glimpsing at the TV to see how we were doing. “It’s nothing all in the first,” I told my husband over the phone. (He also wasn’t following the series, thinking he might also be a bad omen. Copycat.) I called him back 30 seconds later. “GOAL!” I said. Then I phoned two minutes later to tell him it happened again. But I neglected the rest of the game and we lost.

For Game 2, I visited my parents. Though my mom actually got upset that I kept going to check the score (she believes in the curse), we won.

Thanks to Game 3, though, I think the curse might be broken, as I almost completely overlooked it. We lost big time.

Though I’m not confident that it’s safe for me to watch any of the playoff games from start to finish yet, the new plan is to keep tabs on the game. It is not only safe, it is potentially a Stanley Cup.

I can give you that much, dear STM drivers.

Just please get me home to my radio on time.

P.S. Plan B is to create an elaborate decoy to view the Habs in my stead. It may prove helpful. Illogical, but helpful (see photo above). Let’s do this, les boys!