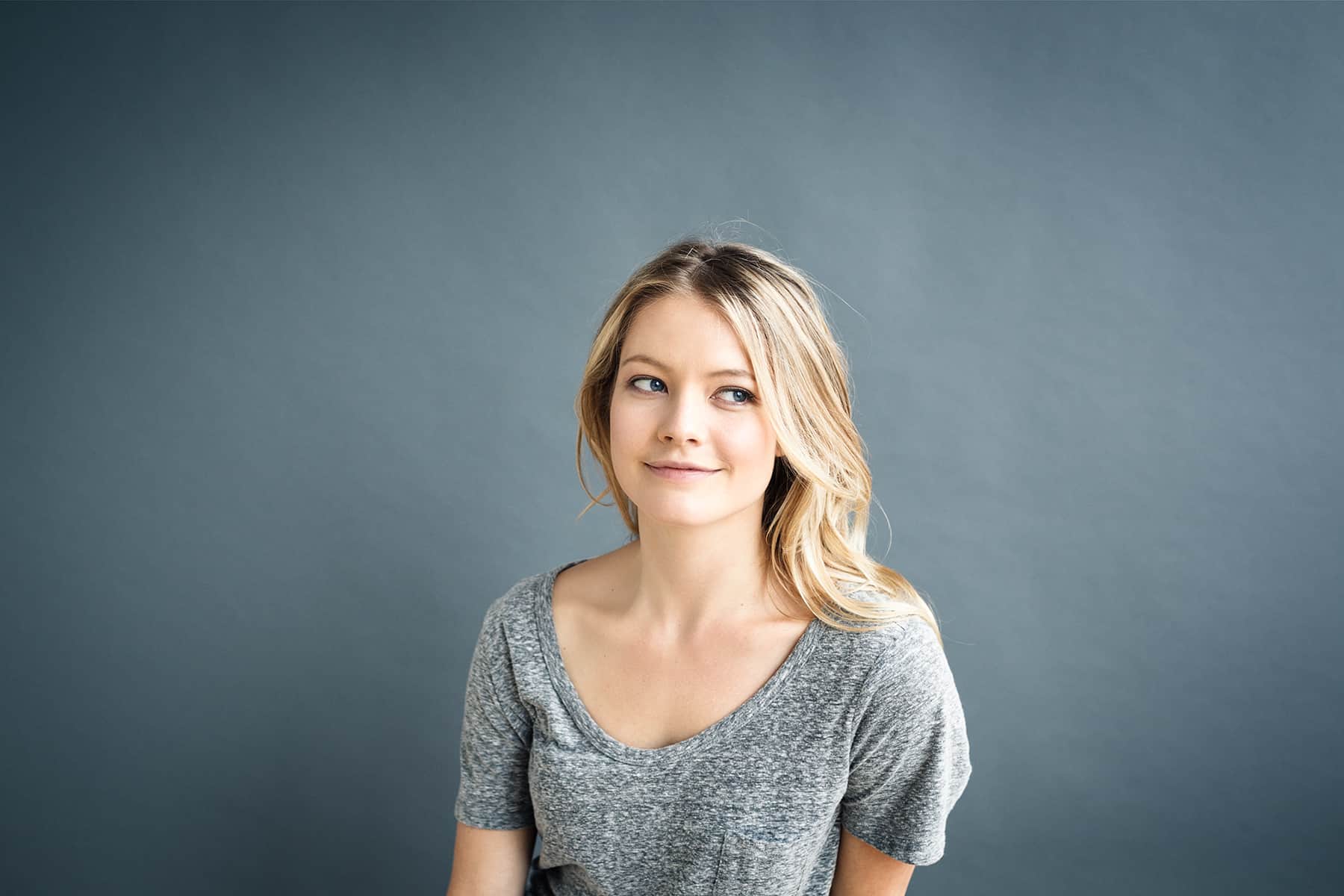 The Husband’s Sarah Allen on Work, Forgiveness, and Advising Her Younger Self

Sarah Allen was worried that she might get “pelted with popcorn in the theatre for being an evil person” after audiences saw her in Bruce McDonald’s latest film, The Husband—she even wrote about it for the Huffington Post. Luckily that didn’t happen. “People are maybe a little more rational than that,” she laughs. Though her concern was a legitimate one, given that she plays Alyssa, a woman incarcerated after cheating on her husband, Henry (Maxwell McCabe-Lokos) with a 14-year-old boy.

Shot on location in Toronto, The Husband, a (very) dark comedy, examines the personal and psychological effects of Alyssa’s crime on her family and asks a number of questions about sex, revenge, and the nature of forgiveness.

Raised in Nelson, BC, this National Theatre School alumni is having a breakthrough year. Along with The Husband, she will be featured in the CBC miniseries, Best Laid Plans, and the highly anticipated new Global drama, Remedy.

SDTC: From what I understand, there were only a few days between your receiving the script for The Husband, auditioning, getting the part and then shooting? Did that affect you in terms of preparing for the role?

Sarah Allen: I didn’t have the chance to over-prepare and over-think it, which for me, I think, is sometimes a really good thing. If I go over it too many times, I can sort of lose the initial impulse. So I think in this case, it was a good thing because she [Alyssa] was always going through so much. All the work that I would do is sort of around the actual themes. I would concentrate on her character, sort of like what she was doing before the scene started or what her relationship was like with [her husband] Henry. 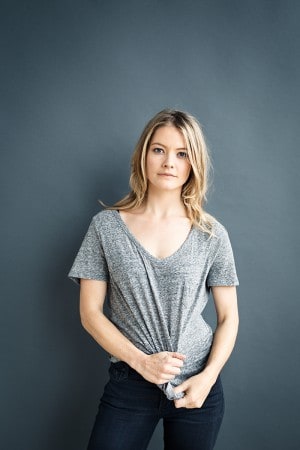 SDTC: Do you feel that maybe you were able to give a more visceral performance because you weren’t researching it so much?

SA: I had to let ego go. And not plan every moment. So maybe in that way, being less prepared was better because I was more open to what was going on around me. 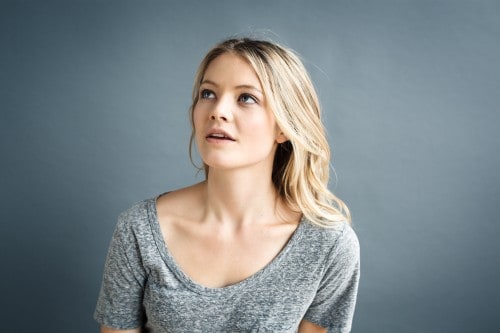 SDTC: What was the experience of working with Bruce McDonald like?

SA: Oh, it was awesome! I’m a fan of his and have been for a long time. He was very, very open to everything and I think that’s kind of what really relaxed me the most. He was really open to any sort of suggestion that was made, both by the actors or the crew, costume, anything—he would just take it all in. And he obviously did a lot of preparation as well, but if something came up that worked better than what he had prepared, no problem. 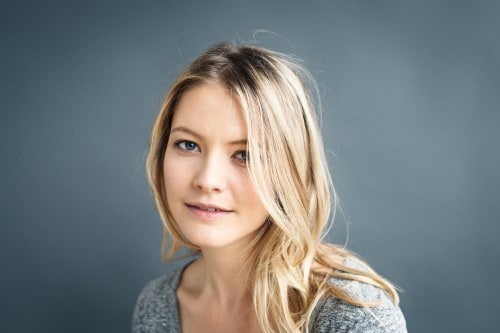 SDTC: One thing about McDonald’ films is that they often ask a difficult question but then don’t force the answer on you, if there is an answer at all. In The Husband, the question seems to become whether Alyssa’s crime of having sex with a 14-year-old is somehow forgivable? Was that a question you struggled with while making this film?

SA: I think that that is the beauty of the script. There’s no answer to that. I don’t think she really deserves to be forgiven. But do you want to forgive her? Do you want to do it anyways? Does she need the forgiveness?  It’s a really interesting conundrum. It also makes you kind of question, did she hurt anyone? Was that 14-year-old boy hurt by that? I don’t know. And then, like, if it was an older man and a 14-year-old girl, how would that be different? Would that be more unforgivable somehow? It brings up a lot of things, actually.

SDTC: You studied at the National Theatre School. If you can think back to that time, is there any lesson from then that you still bear in mind when you’re working today?

SA: Breathing is one of the most invaluable lessons that you learn there. We spent two years lying on the floor on our backs, breathing into our backs so that we would know how that would feel when we were and were not breathing properly. If felt kind of tedious and silly back then, but it’s great to know, that breathing is so important still, all these years later.

SDTC: You’ve been actively working in the field for the past 10 years, and knowing what you know now, what advice would you give to the 10-year- younger version of yourself, if any?

SA: I would want to tell myself to stop trying so hard. I think I had a very different kind of concept of what acting was back then. I’m sure 10 years from now I’ll probably say the same thing to myself, to the 30-year-old me, instead of the 20-year-old me. Yeah, I think mostly, just relax. I don’t know when it all changed in terms of what my concept of the word relax meant but… I’m more able to let things on happen on their own. 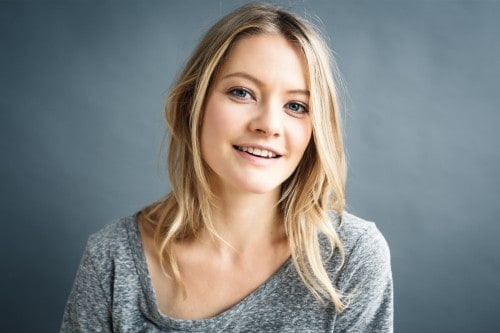 The Husband starts its theatrical run at the TIFF Lightbox, 350 King St. West on Friday, March 14th at 2:15pm and 7pm. Bruce McDonald will in-house to present Friday’s 7pm screening.