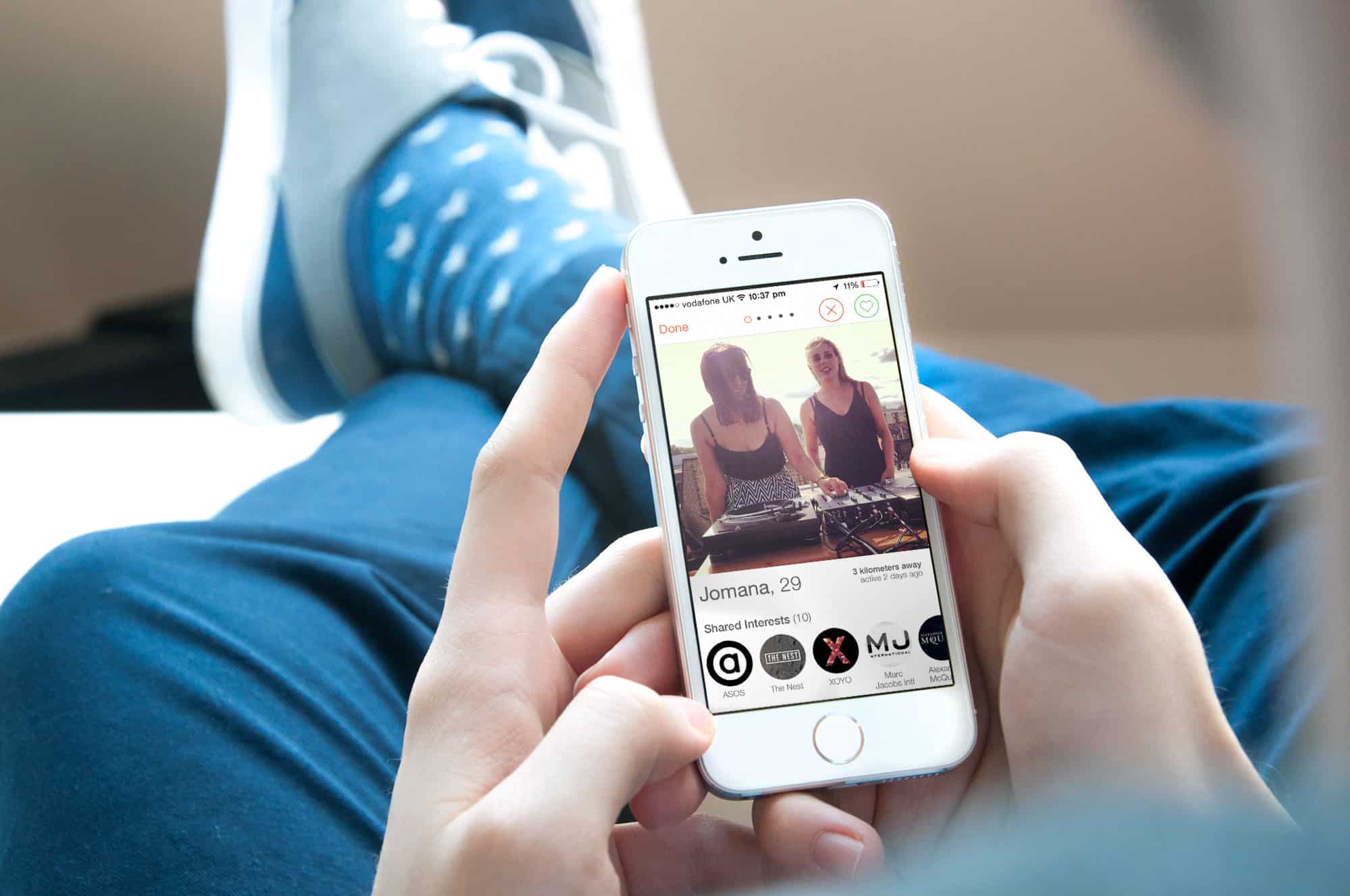 The Queer Girl’s Guide to Tinder

Ahh, Tinder. It’s taken on a whole new life as the kingpin of modern online “dating” (read: hookups). You either love it or hate it, or you’re on it “just for fun.” Tinder sucks, but it’s quick and easy and a great time-killer. Everyone says you won’t meet your soulmate on Tinder, but one of my longest relationships was with someone I met on OkCupid and I fell very much in love with someone I met on Plenty Of Fish. So don’t knock the Internet dating game. I’m truly all about it and I don’t think there’s anything inherently shameful about it. But Tindering as a gay girl is a little different than Tindering as a straight girl – namely because nobody fucking likes to message each other first. I just started using Tinder recently and a week in, I’m already doubting myself. That being said, you never know. You might meet someone new! You might have sex for the first time in four months! Time to dust those cobwebs off your vagina and stop moping about your breakup; we’re going to Tinder even if you don’t want to.

This is a story I just made up, but do you get what I’m saying? NOBODY can be “just friends,” especially lesbians. It’s just too messy. Somehow, somewhere, somebody’s going to end up having sex. Anyway, the point I’m trying to make is this: Anybody who says they’re on Tinder just to “make friends” is a filthy liar. Anybody who says “I have a girlfriend, so I just want to meet people,” is a liar. NOBODY is on Tinder to make friends. They’re there to get laid or make fun of people.

So You Found Your Ex On Tinder

Storytime: Last week I was perusing Tinder (a typical, fun Wednesday night for yours truly) and stumbled across the profile of my most recent ex. Naturally, my response was a combination of shock, disgust, and upset. “WWOOOOWWWWW,” I vocalized at my phone. “Just WOOOOWWWWW.” But here’s the thing: I had no reason to be mad because I was on Tinder too! When I saw her again, I was like, “I found your Tinder profile, you dumb skank. Am I that easy to get over? Enjoy your pathetic hookup. I’ll be over here listening to ‘Hotline Bling.’” (I didn’t say that. I am normal.) What to do when you find your ex on Tinder? Swipe left and MOVE ON.

Here’s the problem with Toronto: There’s only 25 lesbians in the city and you know ⅔ of them and they are EVERYWHERE. So when you think you found a cutie on Tinder and you’re ready to get to know them, suddenly you’re met with the crushing disappointment that she knows 7 of your friends and your ex’s ex used to date her. At that point, interest wanes about 30%. What if she’s a horse lesbian? Think twice before you swipe right. You don’t want to put yourself in any sticky or unpleasant situations. Double check that profile. Even better if they’ve connected to Instagram.

Just Like You Know Everyone’s Drama, They Know Yours

You’re not the only one avoiding people who know everyone. Everyone who you have 5-12 mutual friends with also knows shit about you, and you can bet your bottom dollar that one of your so-called friends is out there telling your Tinder crush (who, inevitably, will ask, because that’s what people do) about that time you fell off someone’s balcony when you were drunk, or that time you had sex in the school bathroom, or that time you dumped your ex of two years over text because you couldn’t handle a confrontation. Here’s how to deal with the inevitable bad stuff coming out before you get a chance to tell your Tinder cutie: Act fucking normal when you talk to them and DON’T bring up your mutual friends.

For some reason, for every 10 or so girls I reject on Tinder, I get a picture of a dude. It’s like Tinder’s like, “Hey, are you sure? You didn’t like these girls so how about Kyle?” And then I have to be like, no, it’s okay, I’m not really into Kyle and then I’ll swipe left on a bunch of other girls because I don’t like to meet new people and then Tinder will be like “OK, OK, you didn’t like Kyle but what about JAKE?!?” And then the whole process starts all over again. I don’t know why this happens. Apparently I’m not the only one. Anyway, seeing random dudes pop up is part of the ~fun~ and unpredictability of Tinder. Ugh.

So You’ve Reached the End of Tinder

Alright. You’ve officially rejected everyone in a 60km radius of you. Perfect. There’s only slim pickings on that app anyway. Now to go back to the life you’ve always had, alone under the blankets with one of your cats, watching The Holiday for the 48th time this year even though it’s March. Your roommate is never home anyway so they don’t have to see you like this. You delete the app and, a few hours later, reinstall it, hoping to find someone new to swipe left on.