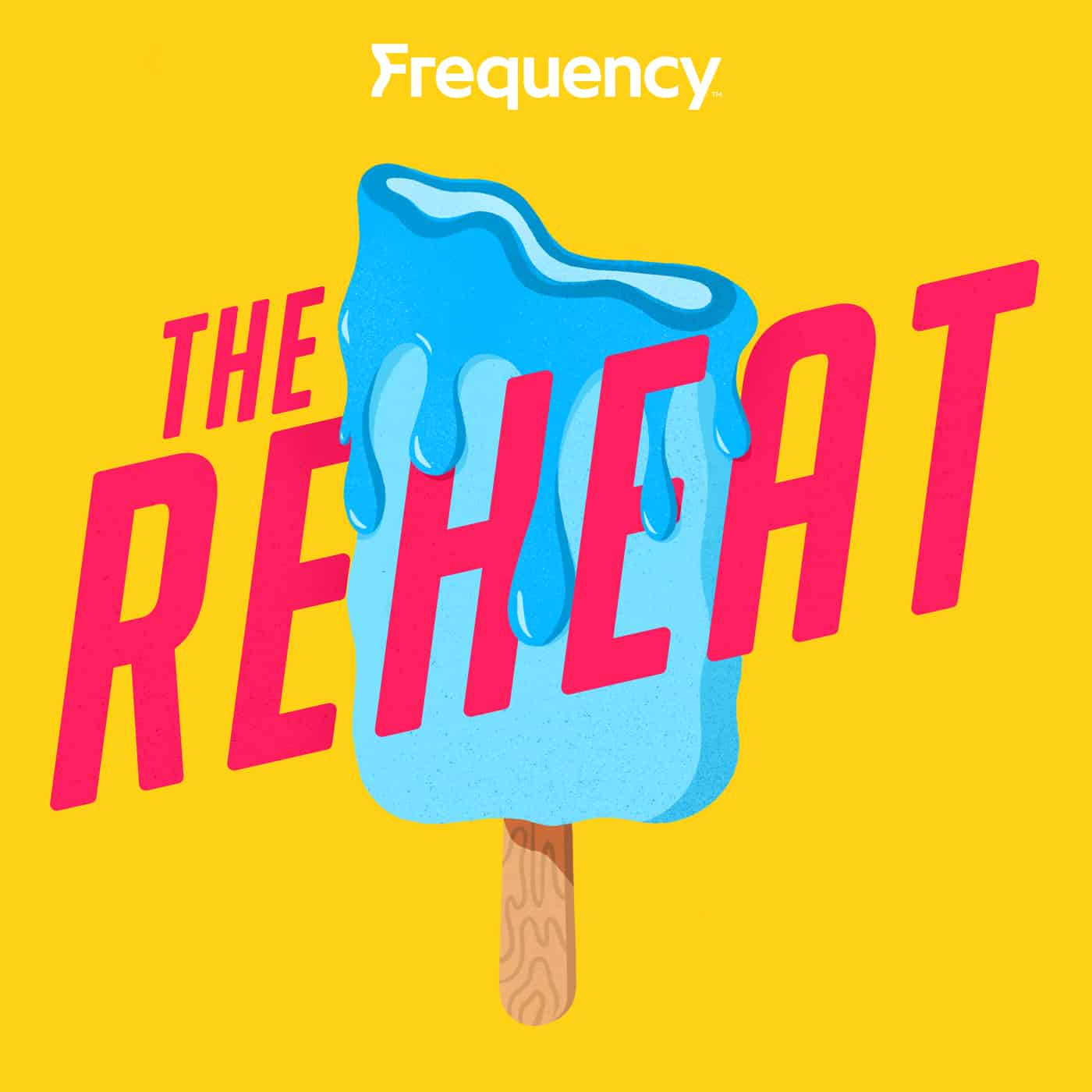 "Pop culture is a mirror. It shows us who has a platform and who doesn't, who gets away with bigotry and who falls victim to it."
Events & Culture

Journalists Sarah Sahagian and Sadaf Ahsan are out to prove that celebrity gossip is both fun and educational. Their smart and juicy podcast The Reheat takes the hottest pop culture stories of yesteryear and re-examines them through a contemporary lens.

Both academics openly admit they love a good scandal, but also enjoy taking time to dissect it using both humour and feminism to critique everything from how the story first broke to how society reacted. In their words, The Reheat is “what would happen if a Gender Studies Class and your favourite gossip blog had a baby.”

From The Kardashians to The House of Gucci murders, The Reheat takes a close and in-depth look at the tabloid stories that dominated headlines to a sickening degree.

We connected with Sadaf and Sarah to go deeper…

What do you think the value is in re-examining Hollywood scandals from yesteryear?

Sadaf: In all its decades, at the root, Hollywood has never really changed. It’s working on it, slowly, but in that sense, pop culture is a great way of understanding those systems that hold many of us back – patriarchy, bigotry – and have done so for years. We may not be Kim Kardashian or Princess Anne, but the way we move through this world and what holds us back isn’t dissimilar. In re-examining the ways these women and men we talk about have been either granted a platform or lost one because of their choices and who they are tells us a lot about the society we live in and what our values our, how to change things and create a space that can actually move us forward.

Sarah: How society responds to pop culture scandals says a lot about social mores. Sadaf and I love to re-examine old news and ask ourselves, would things have played out differently if the same events happened today? Examining topics like Hollywood’s racism towards Bruce Lee has led to some great conversations about how the world has – or hasn’t it – changed.

What issue that you’ve tackled so far has really consumed you? And, in brief, why do you think that is?

Sadaf: For me, that would be a few: Bruce Lee and the long history of anti-Asian racism, and also, Whitney Houston and George Michael’s struggles with homophobia in the music industry. These are issues that we are talking about more than ever as time passes, but it’s always heartbreaking to learn how far back their root goes, and how prejudice has derailed careers and the mental health of so many talented people.

With The Reheat, we get to remind our listeners, and also give these figures a renewed pedestal to honour where they’ve brought us. As a woman of colour, it means a lot to me to be able to do that for marginalized audiences and pop culture figures who’ve always deserved more and who we’ve needed just to feel that we are represented in some way.

Sarah: I’ve been obsessed with the media-manufactured rivalry between Angelina Jolie and Jennifer Aniston for years. As soon as the news broke about the Pitt-Aniston divorce, the media cast Jen as a sad, pathetic spinster and represented Jolie as the femme fatale who’ll steal your man. Both representations are misogynistic and reductive, but the worst part of the whole narrative was how fans were expected to choose sides! Kitson even sold “Team Jolie” and “Team Aniston” t-shirts. The world was pitting these two women against each other (pun intended), which was ridiculous! It was Brad who cheated on his wife and left his marriage, and yet the press turned the divorce into a catfight between two women who were actually quite diplomatic about each other.

The coverage of Angelina Jolie and Jennifer Aniston in the 00s (and even today) is a powerful lesson on media literacy; the tabloids manufactured a catfight in to sell more copies of their magazines, and a lot of us (myself included) bought into it.

Why was podcasting a good medium for you?

Sadaf: Because of our friendship – we got to know each other and built a bond through conversation about pop culture and feminism. We wanted this show to feel like you’re hanging out with your friends over a glass of wine, and not to mention, we’re in the middle of a pandemic – so there’s an additional warmth to that experience. It’s also a flexible and fun way to digest information; you can hit pause and come back, you can listen in chunks, you can listen out of order. It’s a customizable experience that’s really just about adding more voices to the room.

Sarah: I love to talk! In middle school, my teachers used to tell me I should consider a career in radio, which was a nice way of saying I was too chatty in class. Anyway, the moral of this story is to work with what you’re given! If you’re a talkative person, find someone awesome to have conversations with, like Sadaf! Next, turn on a recorder and see what happens…

What do you hope listeners will consider when listening to The Reheat?

Sadaf: Pop culture is an incredible lens to view society mores and values through, and is far from a vapid space. Pop culture is a mirror – for better or for worse. It shows us who has a platform and who doesn’t, who gets away with bigotry and who falls victim to it, it shows us the things we hide and the things we value. But it’s also this wonderful space that brings so much entertainment, fun and relatability. To unite those two sides requires a certain level of media literacy, and that’s what Sarah and I really hope to encourage in our listeners. And to also seek out more – listen to an episode, and then go read Bruce Lee’s philosophies, learn how much of a boss Princess Anne was in a family that wasn’t, question why men like Jerry Seinfeld are so bulletproof, listen to George Michael’s Faith, even. We promise you’ll take something away from each episode but also have the best time listening.

Sarah: The best part of hosting this show is re-examining scandals that helped shape my worldview. I get to challenge my preconceived notions by critiquing the media narrative surrounding stories I grew up hearing. I hope the show inspires listeners to do that same kind of introspection! I believe that examining how we may have misjudged or failed people in the past can prevent us from doing the same in the future.

The Reheat airs on Frequency Podcast Network, which also produced The Big Story and The Gravy Train. Get it there, or wherever you get your podcasts.

"Pop culture is a mirror. It shows us who has a platform and who doesn't, who gets away with bigotry and who falls victim to it."